Manchester United forward Zlatan Ibrahimovic has drawn a huge tattoo on his back. 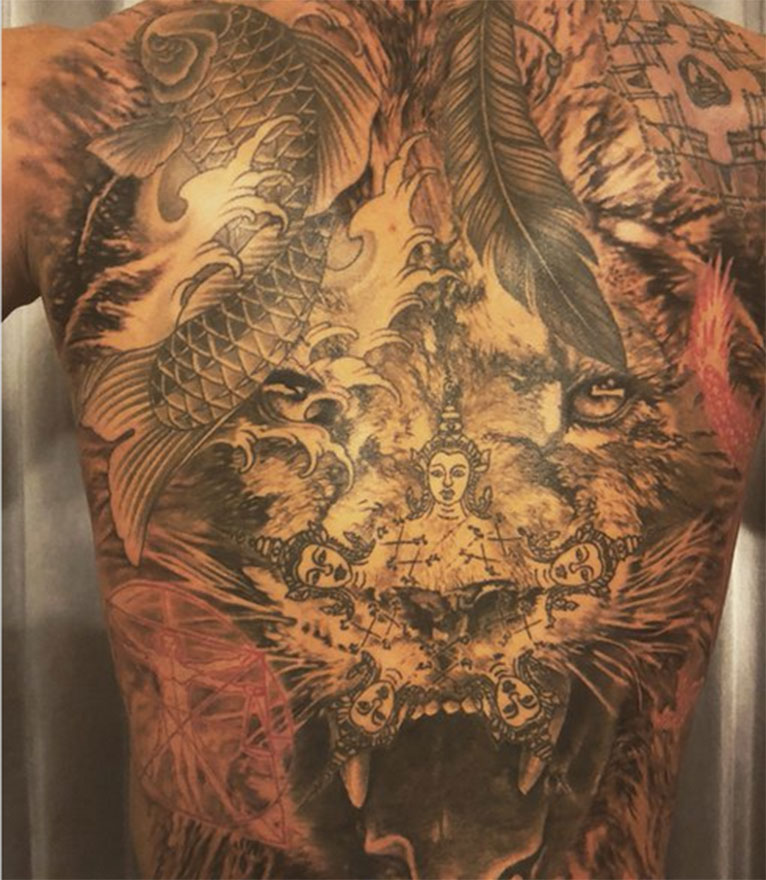 Ibrahimovic, in past interviews, described tattoos as a “drug for me” [PHOTO/INSTAGRAM]

The ex-PSG star took to social media to show off his new piece of art. He wrote: “Finest art.”

Zlatan, 36, is currently out because of a knee injury and has not been able to play since December 26. It remains unknown when he will return. The striker has been spending some of his recovery time at a tattoo parlour in Gothenburg.

Zlatan’s ink features a giant roaring lion, the nose made up of a Buddhist symbol known as the Five Deva Faces Yantra. He has the Vitruvian Man on his lower left back, an image of the ideal man, made by Leonardo Da Vinci in the 15th Century. There is a giant koi carp on his left shoulder, a feather and another Buddhist symbol on his right shoulder.

Ibrahimovic, in past interviews, described tattoos as a “drug for me”.

In 2015, Zlatan also had 50 temporary tattoos cover his body to raise awareness for people starving in the world.