Meghan Markle’s father claims her daughter is finding it hard to adjust to her new royal duties and, as a result, she is accumulating stress and fear. 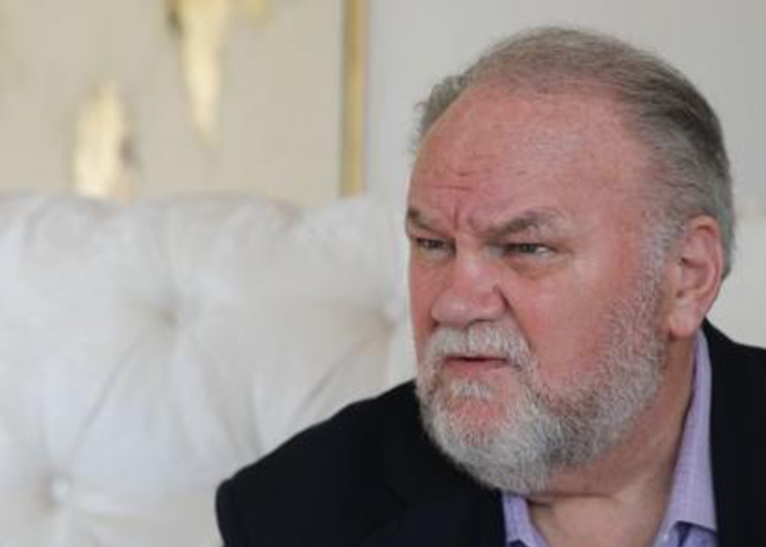 Thomas Markle says her daughter is finding it hard adjusting to royal duties. [PHOTO | THE SUN]

Thomas Markle made the allegations last Sunday in an interview with The Sun newspaper.

“I’ve seen her smile for years. I know her smile. I don’t like the one I’m seeing now. This is a pained smile,” he added.

Mr Markle, 73, says her 36-year-old daughter is struggling to cope with the transition from TV actress to a member of the royal family with public responsibilities.

Page Six reports Ms Markle told a fan in Dublin that she misses portraying the character Rachel Zane on the drama “Suits.” The Duchess of Sussex was with her 33-year-old husband, Prince Harry, during the Dublin trip.

“It really worries me. I think she’s under too much pressure. There’s a high price to pay to be married to that family,” said Mr Markle.

The former TV lighting director blasted the royal family as “outdated” and wondered why his daughter had to start conforming to a “ridiculous” dress code.

“Meghan seems like something out of an old movie. Why in 2018 are we dressing like the 1930s? Why do they have to cover their knees?” he posed.

Ms Markle is being isolated from her former life, said her dad, who added that’s he’s been frozen out by the family over his staged-photo debacle.

“I think Meghan is in deeper than I am,” he said. “I’m not blaming Harry or anyone else but they are following rules that don’t make sense to me.”

Thomas Markle, who did not attend the royal wedding in May this year because of health issues, said Ms Markle has stopped answering his calls and that Kensington Palace won’t return his texts.

“I had a heart attack, doesn’t anybody care? I could actually die soon.”

The last time he communicated with Ms Markle, was in May – after the wedding – when he wished her and Harry a happy honeymoon, he said.

“If I had one message for her it would be that I’m sorry for anything that went wrong. I’d like to put our differences behind us and get together. I miss you very much,” Mr Markle told The Sun.