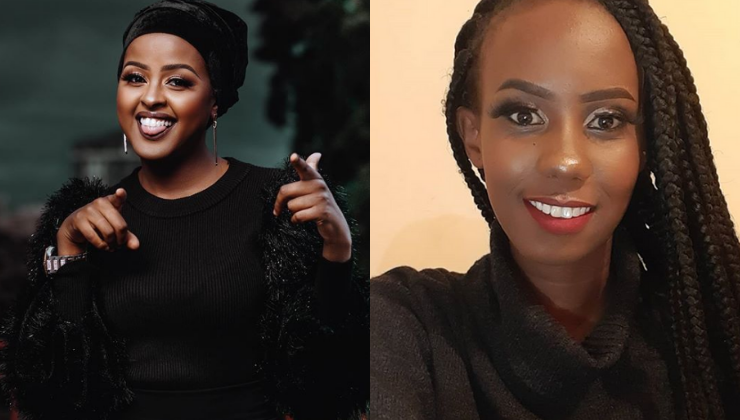 Media personality Amina Abdi Rabar now says she has taken it upon herself to mentor and guide the way for fast rising social media sensation Prudence Tonui, popularly known as King Kalala.

Amina made the revelation to the now controversial social commentator when she hosted her on the midweek ‘#theTrend’ live session on Wednesday night.

The TV and Radio show host assured the husky-voiced Instagram personality that she will do everything in her power to make sure she lands a radio job.

“I have been calling everybody I know…and I will keep calling them…I promise you that I will get you on radio,” said Amina, further joking  “sijui ata utanipatia salo yako ya kwanza.”

The Capital FM host then proceeded to ask King Kalala which radio stations she would prefer to work for and she listed NRG Radio, Kiss FM and Vybez Radio (“because of Kwambox’s energy”) as among her top favorites.

King Kalala has in the past couple of months drawn both love and hate from Kenyan social media users in equal numbers due to her stance on a wide range of less-talked about societal issues.

So controversial have her opinions been that she has, more often than not, been referred to as the female version of Kiss FM breakfast show host Andrew Kibe.

The final year Bachelor of Commerce student at Jomo Kenyatta University of Agriculture and Technology (JKUAT) however – during the live show – stated that she is not fond of this comparison terming Kibe a “sadistic f—.”

Below are some of the most popular videos of King Kalala, who currently boasts over 40,000 followers on Instagram: