Nearly every student in college worries about finding a job after they graduate.

The frightening task of getting employment has dawned on Patrick Muthomi, a 28-year-old Bachelor of Commerce (accounting option) graduate from Chuka University who has won the hearts of many with his determination to get a job that would, at least, pay wages. 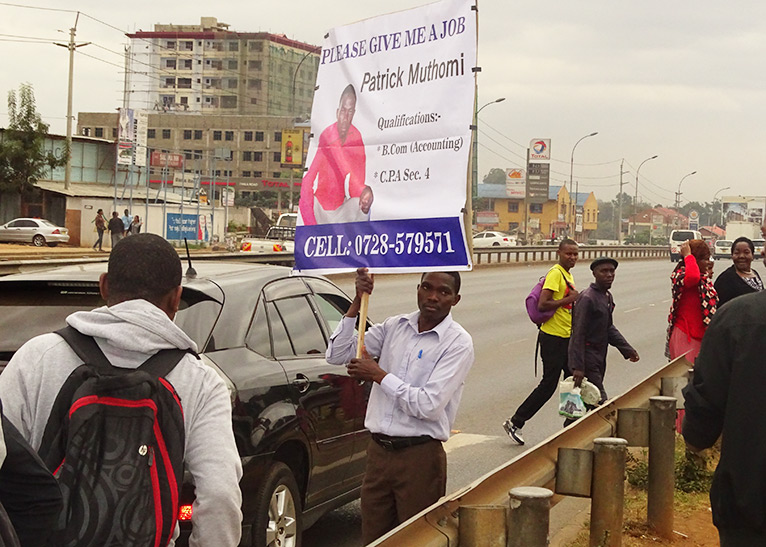 Photos of an upbeat Muthomi carrying a placard in the streets of Nairobi; with his educational qualifications (B.Com degree, CPA section 4) and phone contact listed on it, have since made the rounds on social media with many online users expressing admiration for his resolve.

The tactic that he began Wednesday, August 10 in Muthaiga seems to have paid off barely a day later. Muthomi, who graduated in 2014, reveals to eDaily that he has received countless calls from potential employers who have promised to give him a job.

Until then, the Nyeri born and bred vicenarian has a story to tell.

“I am married. My wife and I are blessed with a 2-year-old daughter. When I got into a relationship with my partner – back then, I was banking on her to get a job and provide for the family. I wasn’t sure who – between her and I – would get employed first. But things did not go as we had expected. She, just like me, did not get employment,” recounts Mr Muthomi.

Muthomi further narrated to eDaily how immediately after graduation, he got a job as a business teacher at Mwiga SDA Secondary School in Nyeri where he worked for five months.

He left his teaching job, hoping to find a well-paying job as an accountant in the capital Nairobi, where he’d relocated to together with his wife and toddler.

One and a half years later, his dream has not materialized yet. The competitive nature of city occupants has locked him out of employment despite sending nearly 200 resumes to different organisations, all of which he has never gotten a call back.

“I left Nyeri to come to Nairobi with big dreams of getting a well-paying job. Little did I know that getting employment in Nairobi is never easy compared to other cities. I have sent more than 200 of my CV’s with no responses,” he says.

He lives with his family in Mwiki – and expectedly he has to provide for them every day. And when the returns on investment proved meager, with responsibilities burgeoning by the day, Mr Muthomi had to look for a job that would pay well if not favorably.

His option – to make a placard at Sh1200 that would advertise him to potential employers.

“Reality dawned on me Wednesday morning that I need more money. After much thinking, I decided to make a Sh1200 placard that would highlight my plight, at the same time sell my qualifications to any potential employer who would be moved by my effort. I have explained my sorrowful stories to many company executives, but none has considered employing me,” says Patrick.

Meanwhile he says he won’t throw in the towel in his quest to become an accountant – and that Nairobi is the place for him to realise that dream. 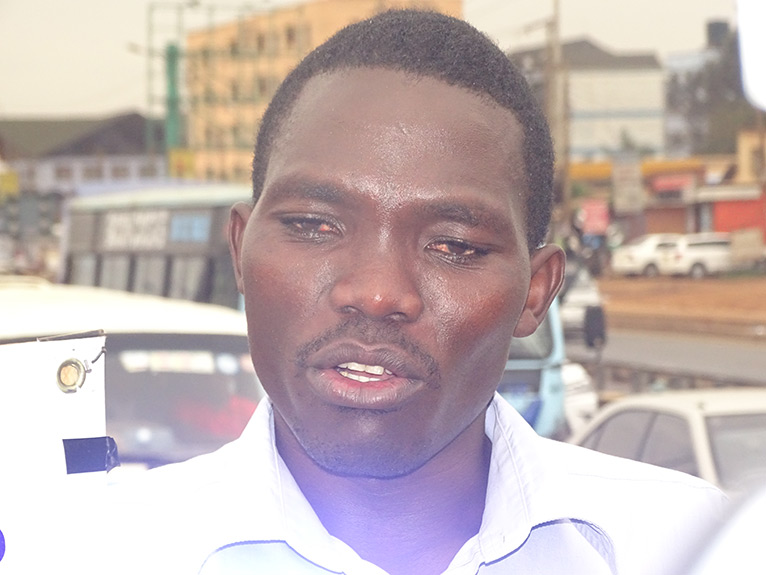 “Although my biggest problem is finding a job, my mind is still telling me that Nairobi is the place for me to grow in my career as an accountant. For me, Nairobi is the hub of employment,” he firmly concludes.