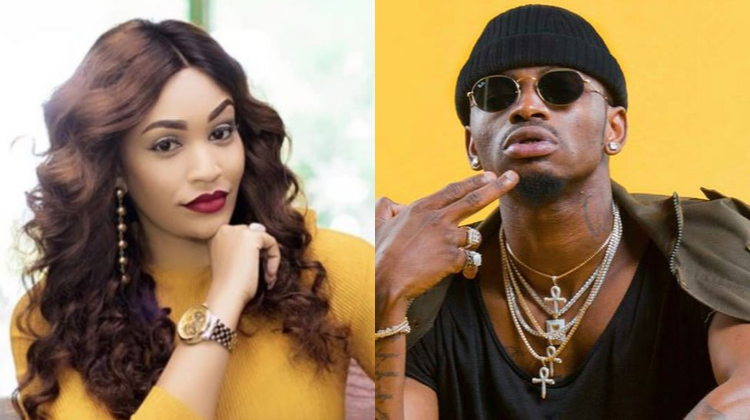 Ugandan socialite-cum-businesswoman Zari Hassan has come out to deny claims that her ex-lover – Tanzanian heavy-hitter Diamond Platnumz – was “stolen” from her, adding that she is in fact the one who dumped him.

Zari made the claim while responding to an Instagram user who had commented on her rant about losing a few of her items on a Kenya Airways flight to Uganda.

An agitated Zari had on Monday vowed never to fly with Kenya Airways again after four of her most expensive perfumes were stolen on the flight to Entebbe, Uganda.

Besides the perfumes, which she was reportedly gifted on her birthday, a new suit that she was set to wear for a meeting at the neighboring country was also missing.

“Am disappointed, you just lost me as a client. Enough is enough.”

KQ, in response, stated that they had reached out to Zari for her travel details in order to establish what happened.

“Dear Zari, we desire for all our customers to have a positive experience. We’ve reached out to you to obtain your travel details to enable us to coordinate w/ the management at the airports of transfer (JHB, JKIA and EBB) to establish what happened. We kindly await your response,” wrote KQ.

An Instagram user – Njau Brenda – however took the chance to advise Zari not to set foot in Kenya, to which she responded with a savage clap back.

“He was never stolen but was found in the gutters i had left him,” responded Zari. 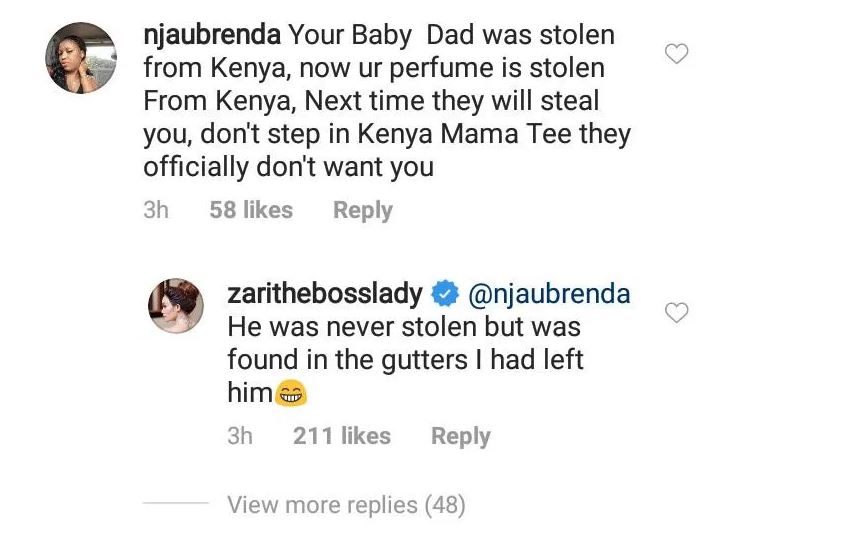 Zari Hassan and Diamond Platnumz went their separate ways in February last year and the Wasafi founder has since moved on and is now dating Kenyan radio presenter/singer Tanasha Donna with whom he has a child.