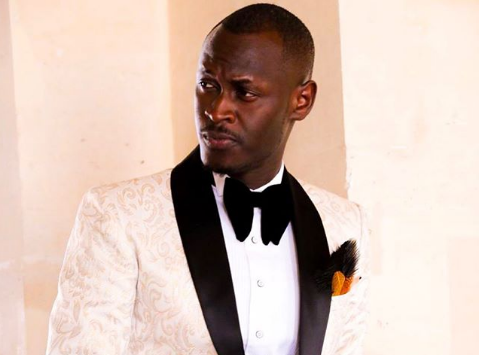 Popular rapper King Kaka, real name Kennedy Tarriq Ombima, has now come out to directly ask Kenyans to do their part in transforming the country.

King Kaka, who appeared before the Directorate of Criminal Investigations (DCI) on Tuesday, said he was motivated to write the politically conscious ‘Wajinga Nyinyi’ song because of his love for the country.

The rapper however stated that, in releasing the song, he had done his part through his platform as a creative and an artist, throwing the ball back to Kenyans to also chip in and help turn around the country.

“Napenda Kenya. But I have done my part, now you also do yours,” he said, adding that; “I have a family, I have kids, I need security. I don’t feel safe.”

The Kaka Empire CEO also defended the summons, which the DCI earlier refuted, saying his manager was called at 10:41am by a certain Onyancha who told him that they were required at the DCI headquarters.

“The person on the other end said ‘either you come to us or we come for you…we know where you are’”, he said while addressing the press on Kiambu road.

“We arrived here and have been told that the number is not working and doesn’t belong to the DCI.”

He later recorded a statement at the Muthaiga Police Station regarding the alleged summoning and was issued with Occurrence Book (OB) number 42/17/12/19.

The @DCI_Kenya instructed @RabbitTheKing to report the person that summoned him at Muthaiga Police Station. He has reported and @NPSOfficial_KE @PoliceKE have promised to investigate whoever called and summoned him. He has been issued with Occurence Book (OB) number 42/17/12/19. https://t.co/OppfdtJ2f6 pic.twitter.com/xFL0rrQ9B4

King Kaka has attracted as much flak as he has admiration for the past three days, courtesy of the hard-hitting politically charged ‘Wajinga Nyinyi’ song released on Saturday and which, at the time of publishing, had already garnered over 1.4 million views on YouTube.

The song sparked a conversation among Kenyans online as well as politicians, one of whom – Kirinyaga Governor Anne Waiguru – has already written a letter to the musician demanding that he pulls it down, citing legal consequences otherwise.

Waiguru, in the letter seen by eDaily on Monday, accused the rapper of defaming her through some lyrics in the song.

According to the governor, the song contains references to her which are malicious and reckless with complete disregard of the loss or damage occasioned to her.

Governor Waiguru, in the letter, cited the following lyrics from ‘Wajinga Nyinyi’;