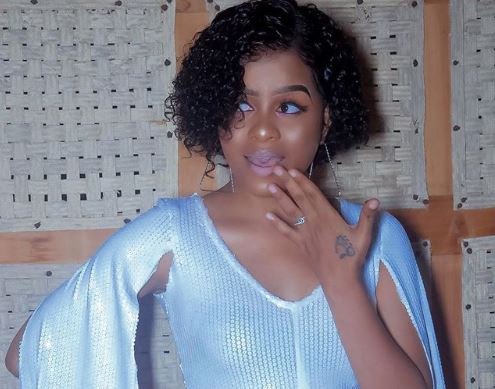 Top Tanzanian songstress Nandy has come out to speak about the most embarrassing moment in her life.

Speaking on Radio Citizen’s Mambo Mseto show on Monday, the ‘Ninogeshe’ star revealed that – once while only with her photographer in an elevator – she farted, only for more people to enter the elevator.

The singer, responding to a question from the show host Mzazi Willy M Tuva, stated that out of embarrassment she blamed it (fart) on her photographer.

“We were in the lift with my photographer, only two of us, and I had stomach problems. I farted but in a few (moments), the lift stopped and more people entered,” said Nandy.

“The smell was still in the air and to save the embarrassment, I put the blame on my photographer scolding him on why he was farting,” she added, causing laughter in the studio.

Nandy further dismissed rumors about being pregnant after a photo of her holding her tummy in a suggestive manner went viral.

“I had just gone for a photo shoot and I wanted to see if I was having a pot belly, I have been growing fat of late,” she said.

Nandy was accompanied by her ex-lover Billnass and the two dismissed recent speculation about being in a relationship following the release of their collabo ‘Bugana’.

The two stated that they are only in a business relationship.