Twenty six year-old Alice Awuor Omito says preparing the dead for burial is what makes her happy, holding all other factors constant.

The mortician, who works at Rosewood Funeral Home in Rongo, Migori County, dropped out of nursing school, fearing a future unemployment.

Awuor began working as a morgue attendant at Star Mortuary in Kisumu two years ago, when she was aged 24, before transferring to Rosewood in Rongo.

“I enjoy spending a better part of my working days with the dead. I can’t imagine staying away from them even for a single working day. I have to go and look at the bodies stored in freezers daily,” Awuor told eDaily.

“I discontinued my studies in nursing and pursued mortuary science because of available job opportunities in the latter field. I don’t regret changing professions, not one bit,” Awuor added.

Awuor observes that mortuary science is a field dominated by male workers, but she says that does not scare her as she is often chosen over her male colleagues to do certain tasks of preparing the dead for burial.

Awuor adds that contrary to many people’s belief that morticians often use hard drugs before getting down to work, she has never abused drugs, whatsoever.

“When I was new in this job I had fears and challenges handling the dead, but now I enjoy every bit of my work. I adapted so fast and I am comfortable,” she says.

Awuor, a mother of one, says one of the conspicuous challenges she has faced as a female mortuary attendant is being ditched by her ex-partner after he learnt about Awuor’s career.

“My boyfriend recently dumped me when I told him that I work as a morgue attendant. Discrimination is just one of the several challenges I face for being a mortician. The challenges are normal though. No job is immune to challenges regardless its nature,” says Awuor.

Awuor says marriage is the last thing on her mind because “I fear my partner would dump me once he gets to know about my job. I don’t want to go through the same experience again.”

In the neighbouring Tanzania, Sabrina Gharib, 20, works as a morgue attendant at Tumbi Referral Regional Hospital at Kibaha District in Tanzania, and social media was amazed when the news broke last year April. 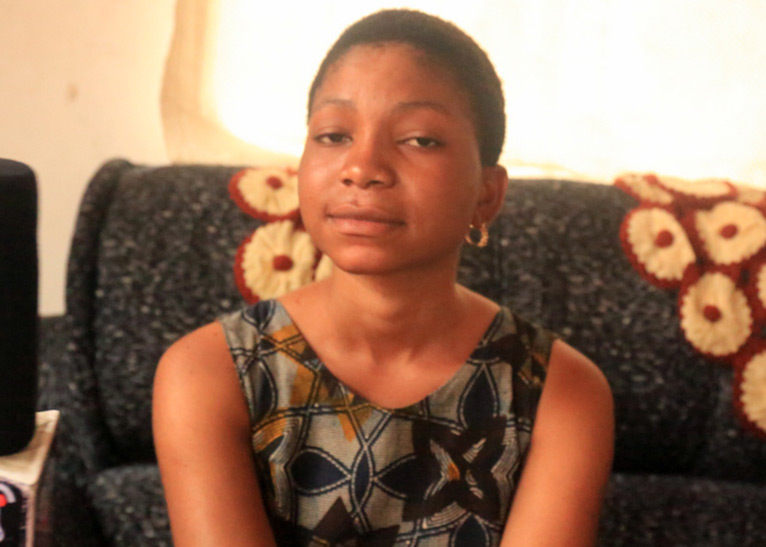 Mourners who took their loved ones’ bodies to the facility for preservation spoke in hushed tones when they saw Sabrina at work.

“When we took our loved one’s body to Tumbi Hospital, we heard mourners talking about a young girl who works as a morgue attendant at the hospital. I found it hard to believe their statements, until I saw her. She served us very well,” a source told Uwazi newspaper.

Just like Awuor, Sabrina said she, too, opted for this career path when she realized that securing employment in nursing – a course that she had originally enrolled for – was difficult.

“I decided to be a morgue assistant because such a job is readily available. I was the only girl in my classroom studying the course. During my first practical dissection lesson, I shed tears because I thought I was hurting the dead. However, my teacher urged me to remain strong – assuring me that the person was lifeless, hence does not feel any pain,” Sabrina told the outlet.

The head of communications at the hospital, Lucy Semindu, said Sabrina does a good job and applauded her for her courage.

“She has set a good example to all young women – Sabrina is a testimony that women can also perform work deemed to be for men,” said Lucy.

Francis Kobelo, one of the managers attached to Tumbi Hospital’s mortuary section, said Sabrina is professional in her work.

“When you tell her to do something, she does not object. A completely deformed body can be brought to the facility, and when you direct her on what to do, you will find she has done a commendable job,” said Mr Kobelo.

Sabrina’s mother, Asha Ramadhani, said she was confused when her firstborn daughter (Sabrina) informed her about her passion.

“I asked my daughter: ‘do you want to run mad? I had no choice but to let her pursue her education,” Asha said.

FOLLOWING IN THE FOOTSTEPS OF KENYA’S GRACE KISIRA

Awuor and Sabrina’s career is similar to that of Kenya’s Grace Kisira who is believed to be among the country’s long serving female morgue attendants.

Ms Kisira took up the job in early 2008 at the City Mortuary.

In the recent past; the job has not only been attracting a good number of men, but an increasing number of women as well due to biting unemployment in the formal sector.

In 2011, Ms Kisira was joined by three other women who also worked as morgue attendants at the City Mortuary.

The mortuary attendant’s job was not Ms Kisira’s first experience in handling the dead. She had worked at Lang’ata cemetery where she helped with digging graves and burying the dead.

The job entails: washing, treating and helping in the disposal of unclaimed bodies.

Depression and derogatory names associated with the job made Kenya’s foremost mortuary female attendant resign after only two hours of getting employed in 1995.

I enjoy spending time with the dead