Ugandan musician-turned-politician Bobi Wine, born Robert Kyagulanyi, has asked his bank to return Ksh820, 000 which, he says, was credited to his bank account by Uganda’s Parliamentary Commission without his knowledge. The money was not part of his income or allowances as an MP. 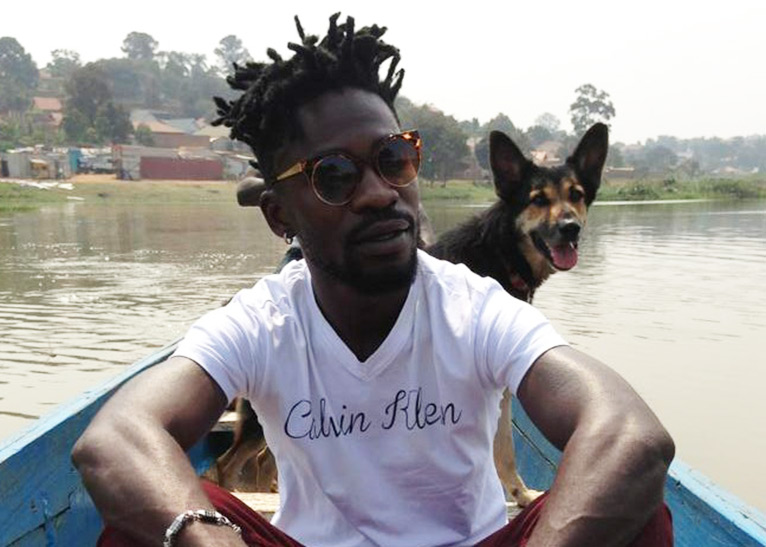 Ugandan musician-turned-politician Bobi Wine asked his bank to return Ksh820, 000 which, he says, was credited to his bank account by Uganda’s Parliamentary Commission without his knowledge [PHOTO | COURTESY]

Robert Kyagulanyi, who is the Member of Parliament for Kyadondo East Constituency, alleges that the money was deposited in his bank account to “bribe” him to soften his stand on presidential age limit debate.

The Parliament of Uganda in late September took a first step towards scrapping the presidential age limit, which would allow President Yoweri Museveni to stay in power.

As stipulated by the Ugandan Constitution, the presidential age limit is 75 years. Museveni, who is currently 73 years old, will be unable to contest for another round of elections in 2021. Museveni has been in power since 1986, making him one of the longest serving presidents in Africa.

The resistance against the removal in age limit divided Uganda’s Parliamentarians. Youth also came out to resist the move to remove the age limit.

The Ugandan Opposition lawmakers have returned to the Parliament accounts Ksh820, 000 each, which the government says was deposited in their accounts so that they could use it to “consult with their constituents over the removal of the age limit in the Constitution”.

Among other Opposition leaders, Bobi Wine says he has ordered his bank to return the Ksh820, 000 to Parliament coffers, referring to it as “dirty’.

Below is his full statement:

“On 24th October, 2017, Ush29, 000,000 (Ksh820, 000) was deposited to my Bank Account. This money was given to all Members of Parliament. According to official communication, this money was given to Members of Parliament to consult on the unfortunate proposal to amend Article 102(b) of the Constitution of Uganda and remove the 75 year age-limit as a qualification to stand for President of Uganda.

“I have accordingly instructed my bank to immediately return this money to its sender. My decision is based on the following reasons.

“Firstly, all Members of Parliament are paid a monthly constituency allowance for the sole purpose of enabling them consult the constituents on parliamentary business. Each year, Parliament debates and passes very many laws. In the recent past Parliament has passed or is considering several laws which affect the common person in many ways, including the Land Amendment Bill (for Government to compulsorily acquire people’s land) the National Biosafety (GMO) Act, the Minimum Wage Bill, etc. How come Members of Parliament were not given additional money to ‘consult’ on these important laws?

“This money is being spent on a matter that does not need any consultation whatsoever. Ugandans made it clear long ago that they are opposed to a life presidency. They don’t want the Constitution tampered with in any way. In their small towns, villages and homes they have unanimously said “Togyikwatako.” The young and the old. Men, women and children. So what is there to consult about?

“Secondly, by giving each of the 449 MPs Ush29 million, the taxpayer is losing about Ush13 billion (Ksh369 million) on this unfortunate exercise. This happens at the time when state prosecutors, judicial officers, doctors, teachers and other public officers are on strike or threatening to strike over poor working conditions. When hospitals and health centers are dilapidated and devoid of basic equipment and drugs. When it was a tag of war to get a single cancer machine, yet thousands of Ugandans who get cancer would need such machines in all districts. When our female children have to drop out of school because they don’t have sanitary pads. When children study under trees. When most of our people are starving to near death.

“We cannot be seen to legitimise the wanton waste of public resources by accepting this money for whatever reason. Where are the priorities? Think about this- how many schools or hospitals can that money build? How many ambulances? Yet whenever citizens demand for some basic entitlements, the government is always singing – “there is no money.” Shame.

“Some people have suggested that I get this money and use it to uplift the conditions of my constituents. This would be a very good idea given the level of need- but the law is against it and it could be used to frame me and other MPs with corruption charges. Under Section 2 of the Anti-Corruption Act, 2009, corruption includes the diversion of public money and using it for any other purpose other than that for which it was intended. By using that money to buy beds or solar panels for our people instead of ‘consulting’ I would be deemed to have diverted it. As a law abiding citizen, I shall not play into their trap. (Please note: We only abide to laws which are just and fair). By God’s grace, I want to assure the people of Kyadondo East that despite our many needs, we shall not be complicit in this broad daylight robbery of our citizens. We shall uplift our conditions- one day at a time.

“Secondly, it is the duty of government to provide these services. We pay taxes for social services. Our duty is to ensure that those taxes benefit us, and not to bribe us to sell our birthrights as a nation.

“For these reasons, I state that the Ush29 million (Ksh820 million) is a bribe. It is sad that I have to call taxpayers sweat evil money which I cannot even touch. It would be immoral and against my conscience to keep it.” 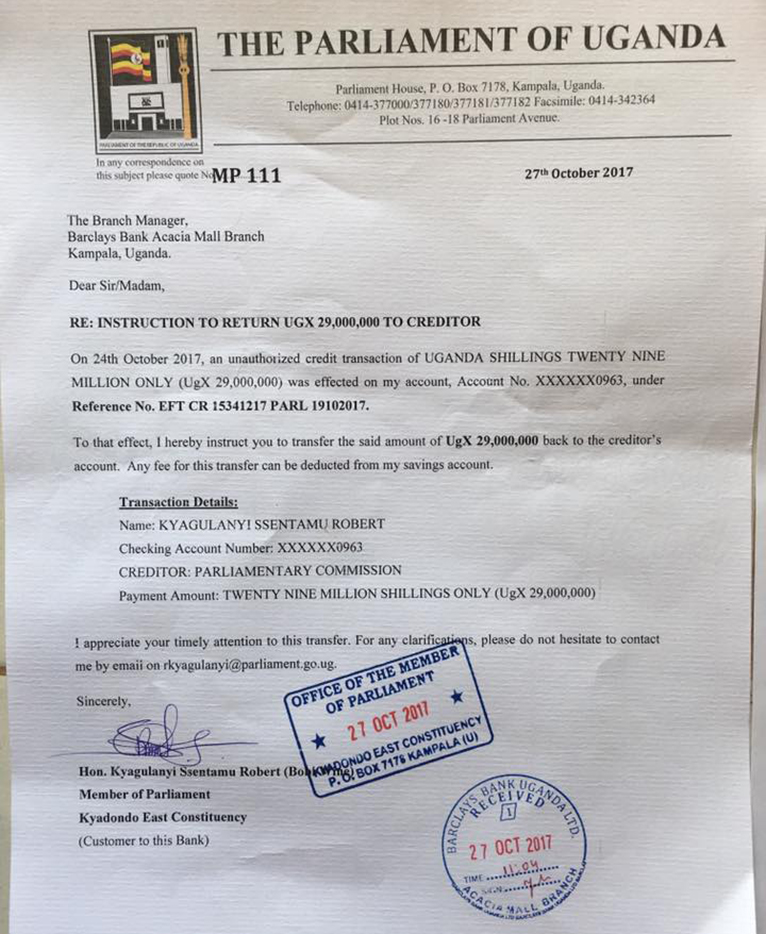