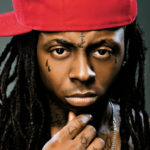 On an interview with Nightline, the rapper appeared confused when he was asked about the Black lives matter movement.

“What is it? What do you mean?” he asked. Once informed, he said that the fact that he is, in his own words, “a young, black, rich…,” meant that he didn’t have to be connected to the movement.

“I don’t feel connected to a [expletive] thing,” he said.

“My life matter, if it ain’t got nothing to do with me, I ain’t connected to it,” the rapper concluded