American actor Charlie Sheen has apologised to Rihanna after reigniting their feud when he branded her a “b**ch” on a recent episode of Watch What Happens Live with Andy Cohen, says Mirror. 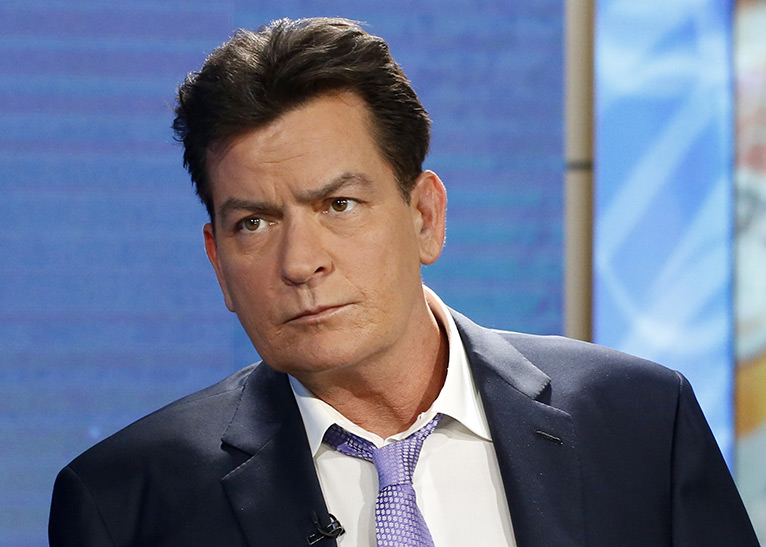 Charlie Sheen took to Twitter on Tuesday to invite her out for a drink: “Dear @rihanna , pardon my inane self indulgence. Let’s have a drink someday (on me)…,” he wrote.

Sheen, 51, was previously involved in a Twitter feud with Rihanna after she reportedly shunned his request for her to meet with his then-fiancee Scottine Ross because she was a big fan.

Asked if they had resolved their differences from three years ago, Charlie told Andy Cohen last week: “Oh, that b**ch.”

When Andy noted he may have just made the situation “worse”, he replied: “No, she abandoned common courtesy and common sense.”

Despite his previous erratic ways, Sheen – who has kids Cassandra, 32, Sam, 12, Lola, 11, and seven-year-old twins Max and Bob from past relationships – also told the host he isn’t as “insane” as people think.

Asked the biggest misconception about him, he said: “That I’m bipolar or insane – I’m actually quite thoughtful and often times rooted in all things logical.”

And Charlie, who confirmed last year he is HIV positive, revealed his health is “really good” at the moment. He joked: “Not bad for a sick guy, right?”

Charlie Sheen revealed he is HIV positive in November 2015 in an exclusive Today interview with Matt Lauer.

Sheen said he made the announcement to end a smear campaign and extortion efforts.

“I have to put a stop to this onslaught, this barrage of attacks and of sub-truths and very harmful and mercurial stories that are about me, threatening the health of so many others that couldn’t be further from the truth,” he said.

Sheen said he trusted the diagnosis with people he thought he could confide in, but had paid out upwards of $10 million to keep the illness a secret.

“What people forget is that that’s money they’re taking from my children,” he said about the “shakedowns” he has experienced.

“I trusted them and they were deep in my inner circle, and I thought they could be helpful. My trust turned to their treason.”

Sheen said he was diagnosed roughly five years ago, but doesn’t know how he contracted the virus.

“It started with what I thought was a series of crushing headaches,” he said. “I thought I had a brain tumor. I thought it was over.”

He also insisted it was “impossible” that he knowingly transmitted the virus to others. While he admitted to having unprotected sex with two people since the diagnosis, both were informed ahead of time and have been under the care of his doctor. But Sheen dismissed the idea that he engaged in high-risk behaviors.

“You’re talking about needles and that whole mess? No, definitely not,” he said.

HIV is the virus that leads to AIDS, which has no cure. But “Charlie does not have AIDS,” said the actor’s physician, Dr. Robert Huizenga, an associate professor of clinical medicine at the University of California, Los Angeles.

While an HIV-positive diagnosis used to be considered a death sentence, and there still is no cure, medical advancements have helped turn it into a manageable illness. However, antiviral drugs must be taken for a lifetime.