The husband of award-winning actress Nice Wanjeri on Thursday posted a message to his Facebook page, saying his marriage to the former “Aunty Boss” star had collapsed.

On the social media post, Titus Wainaina claimed that Ms Wanjeri, popularly known as Shiru, was hardly at home to attend to her roles as a wife and mother. 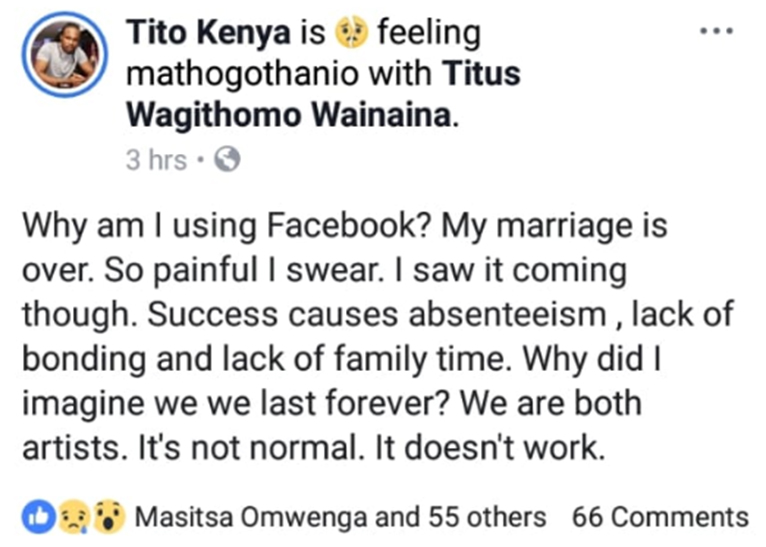 “Why am I using Facebook [to break the news about my personal life]? My marriage is over. [It is] so painful, I swear! I saw it [break-up] coming, though. Success causes absenteeism, lack of bonding and a lack of family time. Why did I imagine we would last forever? We are both artists. It [collapsing of marriage] is normal. It doesn’t work,” said Mr Wainaina on Facebook Thursday evening.

The actress’s husband, upon receiving flak from his followers for publicly sharing his personal marital problems, deleted the social media post.

Ms Wanjeri is yet to address her husband’s allegations.

Mr Wainaina and Ms Wanjeri are parents to a young girl, whose name is Tasha.

Mr Wainaina is a musician and emecee.