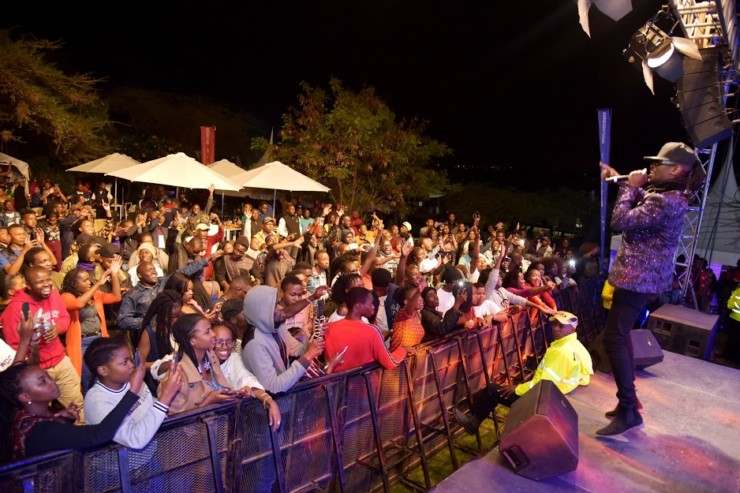 The after party of the Johnnie Walker Go Karting Championship was nothing but an incredible musical and cars experience.

Popular musicians including Nameless, Bensoul, Nvrii charm graced the occasion at Whistling Moran in Athi River with DJ Shawn who was on the decks, killing the party with his Caribbean and modern reggae tunes.

He kept the crown dancing till the MC, Shaffie Weru, had to nicely ‘chase’ him to give other DJs their time. However, Shawn didn’t leave the stage till he played old American classics music. Then came DJ Fabz, with his ragga tunes, and Nigerian beats. 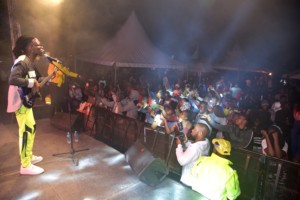 Nvirii the story teller was the first to hit the stage as he fired the revelers with his performance making the crowd go wild with his hit songs like Pombe Sigara and Overdose.

Dressed in a luminous green trouser and shirt, Bensoul touched the hearts of the revelers with his deep baritone voice, as fans  rose up to dance, while others ululating and screaming to his nice Jam — a rare moment to see couples dance, chest to chest to Bensoul hit song dubbed Favorite song.

He rhythmically shook his head while performing, you would have thought he had trained his long earring. The peak of his performance was the collabo between him and Nvirii the story teller, as they sang Pombe Sigara single. 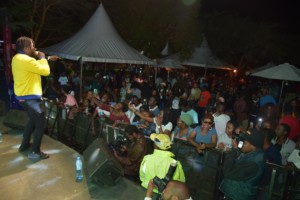 Thereafter came the musical show by DJ Que of 33 beats. He took the audience to an old school musical journey of genge tunes guided by Shaffie Weru. This high energy mood set the stage for Nameless who charmed the party goers with his songs, moves and dancers.

The party goers sang along with him, to a point one would think  they were sitting for a musical paper because they sang word by word. He surprised the crowd when he was joined by legend Habiba.

Nameless performed 10 hits song that crowned the night and the party ended at midnight.

It was a great musical evening for motor enthusiasts. 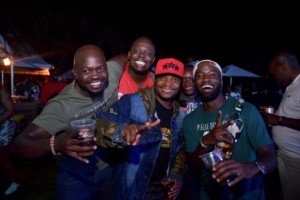 Jalang’o with fans at Whistling moran