His name is Walter Ouma. On Facebook, he claims to be a Veterinary Neurologist. And he operates in Kisumu.

A trip to his social media profile reveals a smattering of horrors. He conducts delicate surgeries on animals and birds which he documents to his followers. 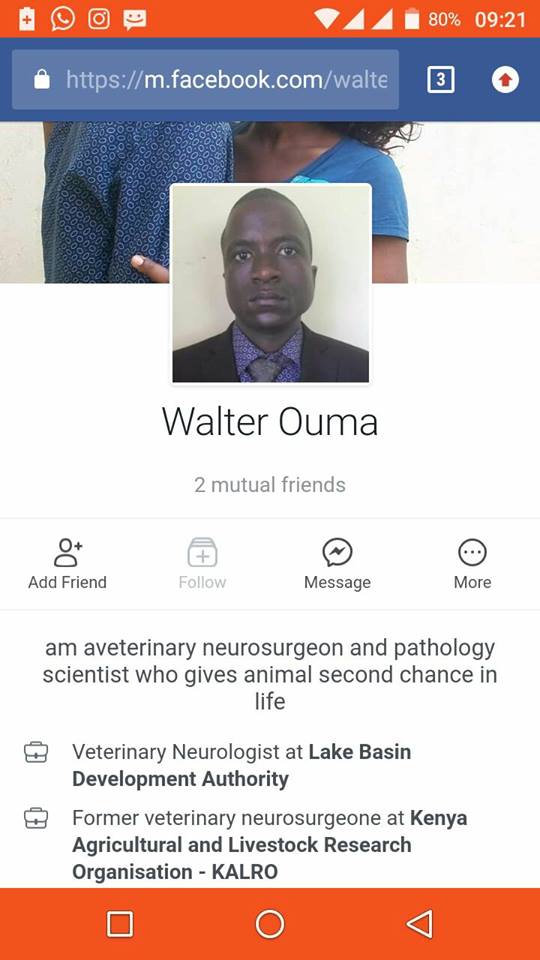 Recently, he deviated from the delicate surgeries on dogs to weird, straight out of a horror-playbook DNA alterations on animals.

Currently, he claims to have engineered glow-in-the dark chicks by infusing firefly DNA into fertilised chicken eggs.
And it gets interesting.. . 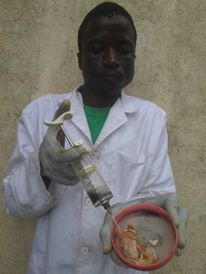 Ouma in one of his experiments where he created a monster chick. Photo: Facebook/ Walter Ouma

Ouma who also studies fossils claims to have the ability to bring back to life, an extinct bird that died millions of years ago.

To back his claim, he shares photo of an out-of-this-world skeleton of animal whose DNA he plans to extract. 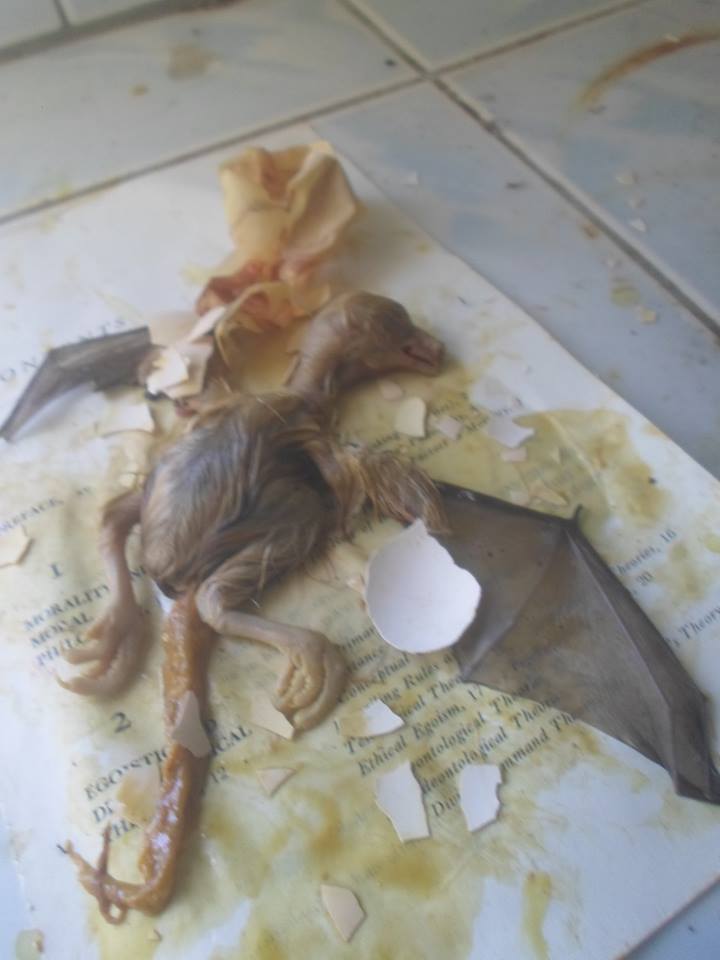 A cross between a dog and a bat that Ouma reportedly created in his house. Photo: Walter Ouma/Facebook

And that is not all, photos on his Facebook show monsters that he has created by fusing chicken DNA and a dogs DNA.

He talks big. His posts reek of medical-school lingo and the airs of an out-of-control vet.

A statement from the University of Nairobi Veterinary department says that Ouma is not a certified vet.

And that he operates in field surgeries that would normally require the veterinary background.

The matter has since been forwarded to the Veterinary Board of Kenya and Animal Welfare groups.