Highly secretive, big-hearted, beautiful, head-turner are some of the descriptions Regina Katar’s campus friend, Victor Nzioka, gave to limn the personality of the former Multimedia University of Kenya (MMU) student, who passed away on Saturday, September 30. 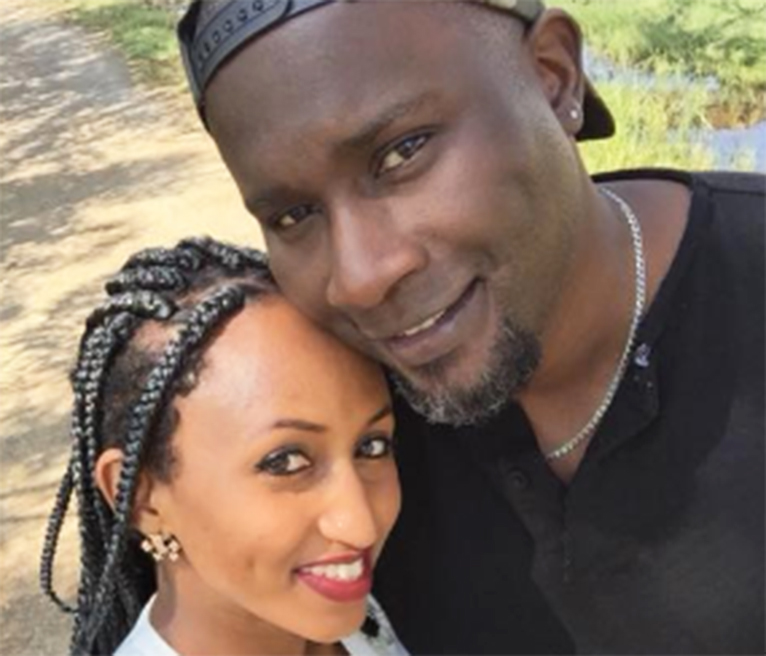 Ms Katar died from internal bleeding, which was caused by a blood disorder in which there were too few platelets in her blood. She was just three months into motherhood, with after-childbirth wounds yet to fully heal, when she died.

“She died from a very rare condition, which occurs among few women across the world, but it is very rare to be detected among African women. Her blood platelet count fell below normal after childbirth,” Tedd Josiah told eDaily.

“Regina’s platelets, a component of blood whose function is to stop bleeding by clumping and clotting blood vessel injuries, were so diluted, leading to a significantly reduced count. Sadly, all through she had an internal bleeding, which had not been detected, nor stopped, because of her low platelet count.

“A new mother’s platelet count is supposed to be monitored regularly months after delivery, especially if she has issues with her platelet count. Hers was not checked. Sadly, we were made aware of her condition after she had passed on. Her death came as a shocker, given she only complained of a headache on Friday and early Saturday. When I rushed her to hospital Saturday, she passed away three hours later.

“When she was in town (Nairobi) on Friday, I asked her to go do a blood test, to which she responded that she would go for the tests on Saturday – the following day. All through she looked normal, and was not feeling any pain. It is extremely sad we lost her in such a manner.

“She has left behind our three-month-old baby, Jamila Josiah.”

The ex-Diploma of Mass Communication student will be laid to rest on Saturday, October 7 in Nyeri County.

Regina Katar had successfully completed a certificate in Mass Communication at MMU, and had reenrolled for a Diploma course in the same field at the same varsity, but deferred on her second semester of her Second Year to concentrate on her music projects. That was in January, 2016. She did not return to school thereafter, her friend Victor Nzioka recounts.

“Since then, she became secretive about her life. She moved from Ongata Rongai to Muthaiga, and then later she relocated to Umoja in Eastlands, Nairobi,” says Mr Nzioka.

“Regina was a beautiful lady, who minded her own business. She had a big heart. When she walked into a room or a hall, people, especially men, would turn to look at her. Many said she looked like ex-Tahidi High actress Sarah Hassan, otherwise known as Tanya,”added Nzioka.

“Besides her beauty, she was multi-talented. She was a singer, a model, a designer and an entrepreneur. Just to show you how good she was, on August 18, when she was hosted on NTV’s The Trend, her performance and interview received a lot of positive feedback online.”

Regina played her cards so close to her chest that not even any of her close friends knew that she was dating Tedd Josiah until after she had died.

“I did not know she was dating the music producer, neither did her close friends at school. Though, some came to know about Tedd Josiah when Regina became pregnant. She had not revealed that Josiah was her daughter’s father,” said Nzioka.

“She had big dreams. Two days to her death, she had taken to her Instagram page to reveal that she had gotten a modeling job besides opening her fashion line. Regina was a phenomenon,” said Nzioka.

‘MOST WARM-HEARTED PERSON ON EARTH’

Tedd Josiah describes his late partner as “the most warm-hearted person on earth, who brought me back to life”.

“We had planned to get a baby, and after getting the baby, we were going to break the news about our relationship. After that, we were to go ahead with our wedding plans. A lot of people did not even know that we were dating, because we kept our love life under wraps. We were planning to do our traditional wedding in November, 2017 and a church wedding would have followed early 2018. I met Regina end of 2016.

“We said we did not want people involved in our lives – not family, not friends – because Regina’s pregnancy was a very complicated one, right through to the end; and she needed a lot of rest, with minimal interference; and no stress. We thus chose to make it as private as possible.

“And you know Tedd Josiah being a public figure, a lot of people, especially blog writers, would have been on our case.

“I have so many pictures of her that people have not seen. We had planned that when the baby turns 6 months old, she (Regina) would embark on doing her music, do a photo-shoot for her clothing line

“She had just started her clothing line, and I had designed a logo for her. Actually, this week, she was supposed to go do her shopping, given she had decided that her business would deal with tailor-made attire only.”

“Regina’s funeral arrangements are currently underway. We’ll be meeting Tuesday evening at Garden Square, just adjacent to the KICC to plan for her burial. She will be laid to rest on Saturday, October 7 in Nyeri County,” said Tedd Josiah.

“This is a very hard time for us. Kindly pray for little Miss Jay Jay and myself,” the audio producer told this writer before this interview was brought to an end.

To help Tedd Josiah and Regina Katar’s family raise funds toward her burial plans, send your donation to Michael Bongei of phone number +254 714 543584.

THROMBOCYTOPENIA (LOW PLATELET COUNT): WHAT IS IT?

Thrombocytopenia is a condition in which one’s blood platelet count falls below normal.

Normally, one has anywhere from 150,000 to 450,000 platelets per micro liter of circulating blood. Because each platelet lives only about 10 days, one’s body continually renews his or her platelet supply by producing new platelets in his or her bone marrow.

Thrombocytopenia can be inherited or it may be caused by a number of medications or conditions. Whatever the cause, circulating platelets are reduced by one or more of the following processes: trapping of platelets in the spleen, decreased platelet production or increased destruction of platelets.

Pregnant women with thrombocytopenia have a higher risk of bleeding excessively during or after childbirth, particularly if they need to have a cesarean section or other surgical intervention during pregnancy, labor or in the puerperium.