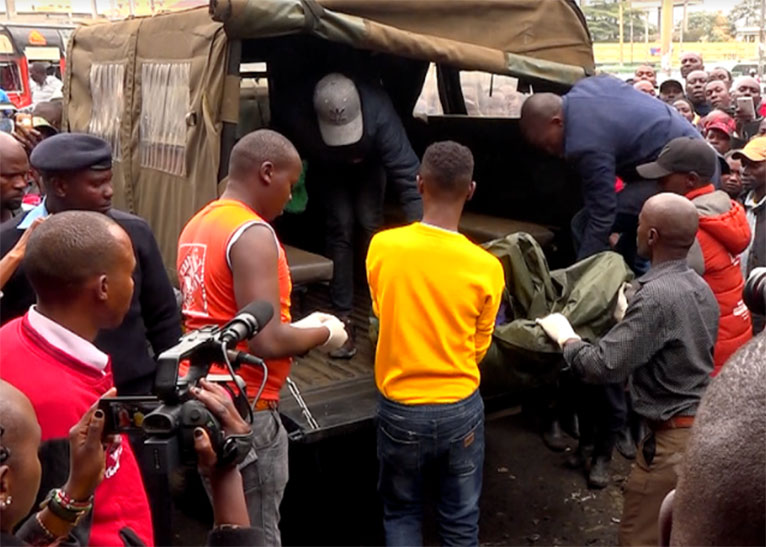 A spine-chilling sight of a middle-aged couple locked in each other’s arms while naked suggested too much happened within a very short time to trigger a life-saving response by the victims.

The two died early Wednesday when fire razed a lodging facility near the Kenya Bus Station (KBS) next to Afya Centre located at the heart of Nairobi.

In a room next door, was the seared remains of another middle-aged man, who, I was told, did not manage to force his way out of a metallic door. His partner, a young woman, however, managed to miraculously get out of the burning two-roomed lodging.

The first couple, I was told, were engaging in intimacy at 4am Wednesday when the blaze, whose genesis remains unknown, broke out.

The lodging, brought down by the raging fire, is a low-budget facility that can only accommodate two couples at a time.

Next to the two rooms, is a small open space fitted with metallic seats and a counter used to serve revellers with alcohol.

A small kitchen fitted with a gas cooker sums up the total number of rooms in the lodging.

In the wee hours of Wednesday, an explosion was heard emanating from the kitchen.

A handful of people were present, when that explosion happened. My source tells me at least seven people were in the lodging. EDAILY couldn’t independently verify that claim.

With only one exit that can allow a person to squeeze out at any given time, having at least three people getting out of the premise simultaneously wasn’t going to be easy.

Three of the revellers, who were in the open space within the bar, however, managed to get out when they heard the explosion.

The other four, were the two couples in either of the rooms.

One woman, of the two couples, managed to rush out of the room, and eventually out of the lodging as her male partner got overwhelmed by the heavy smoke which had quickly filled up their room. The man died in the process, with his body calcinated beyond recognition.

The other couple, did not even move from their bed, as the smoke choked them to death.

The two, were also blackened by the fire.

My source tells me despite the Nairobi City Fire station headquarters on Tom Mboya Street being 1.3 kilometers away from the scene, it took the fire fighters at least 30 minutes to arrive at the bar, when nearly everything in the facility had been ravaged.

Kamukunji Police Station officers arrived at the scene early Wednesday, but had to wait for forensic experts to comb the scene, before they [police officers] could take the bodies for preservation at the City Mortuary.

The three bodies were removed from the lodging at 11am Wednesday, with police saying investigations into the cause of the fire have begun. 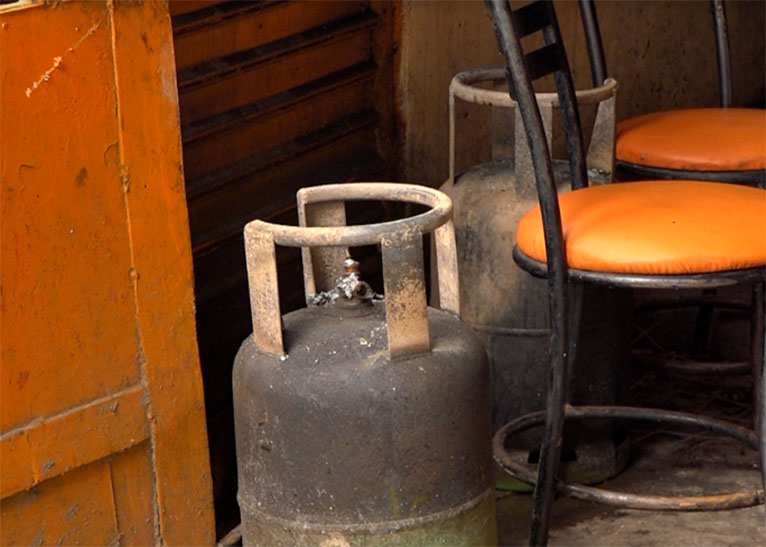 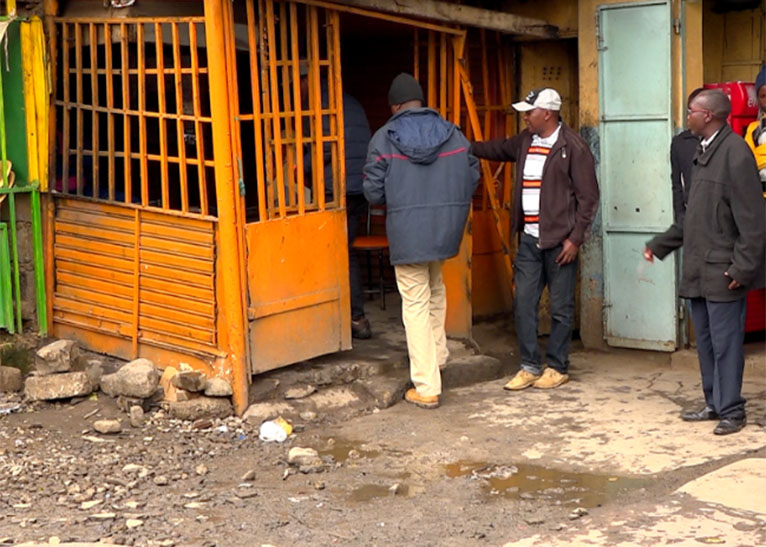 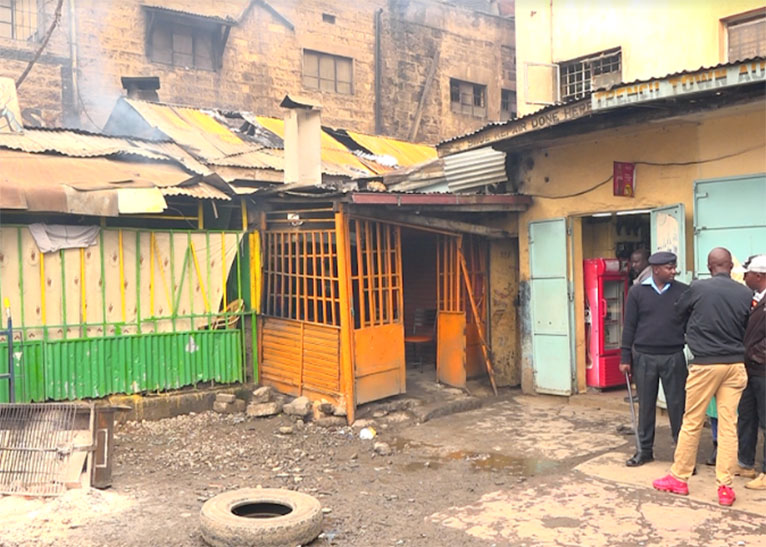 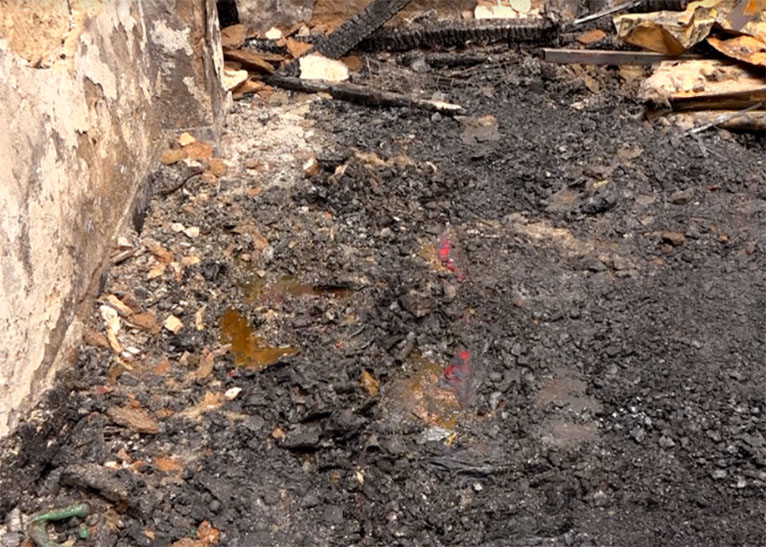 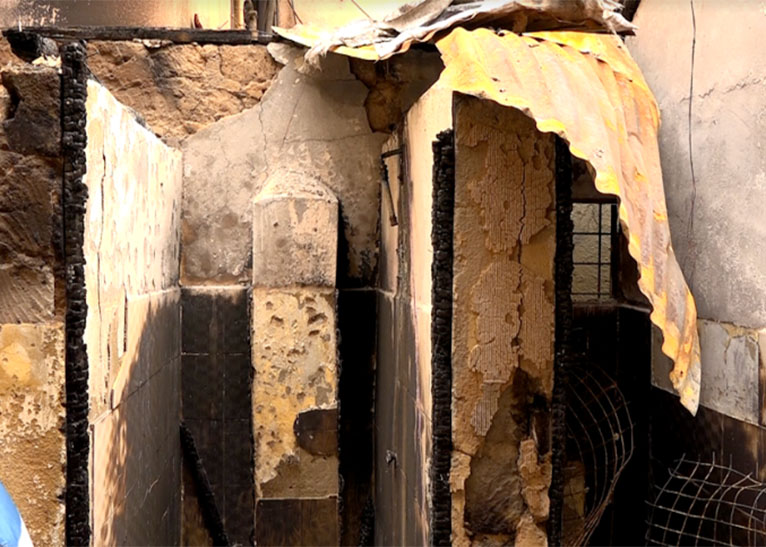 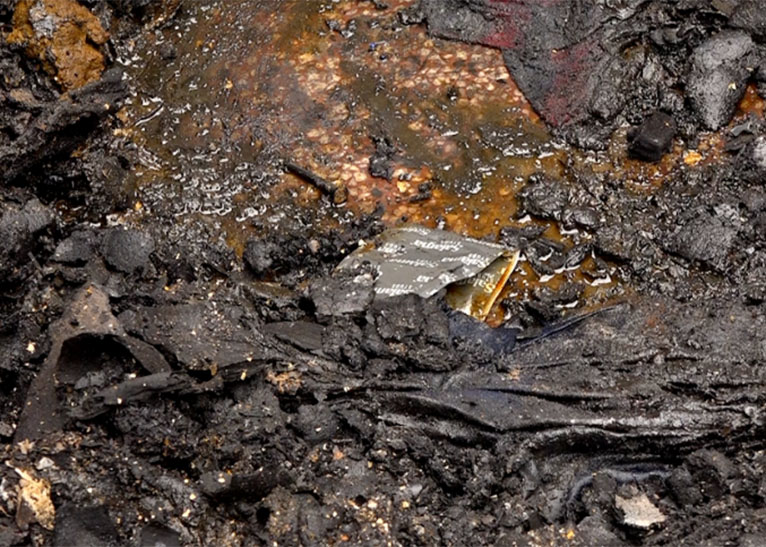 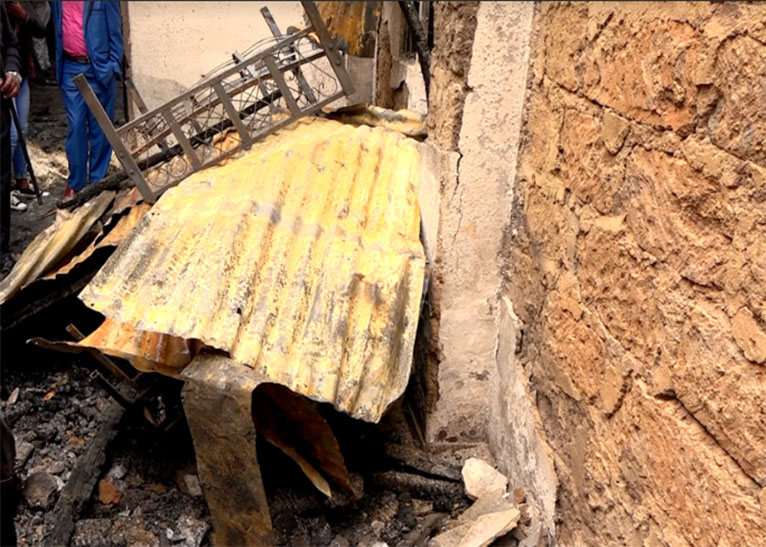 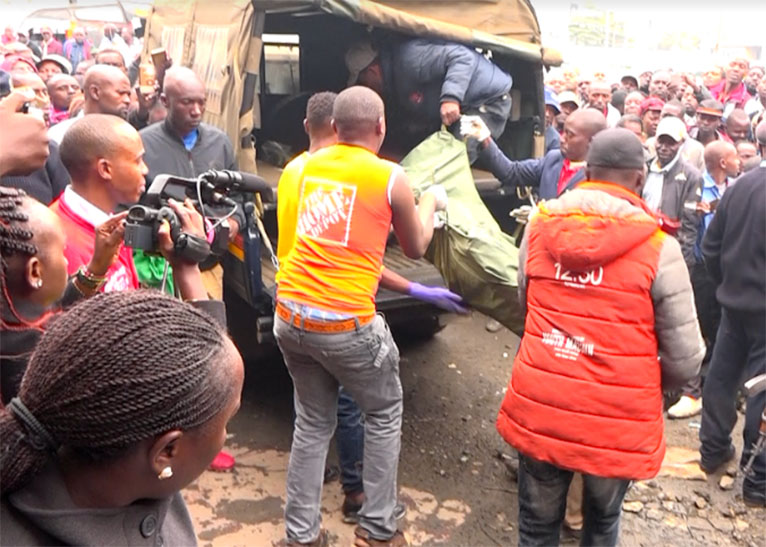 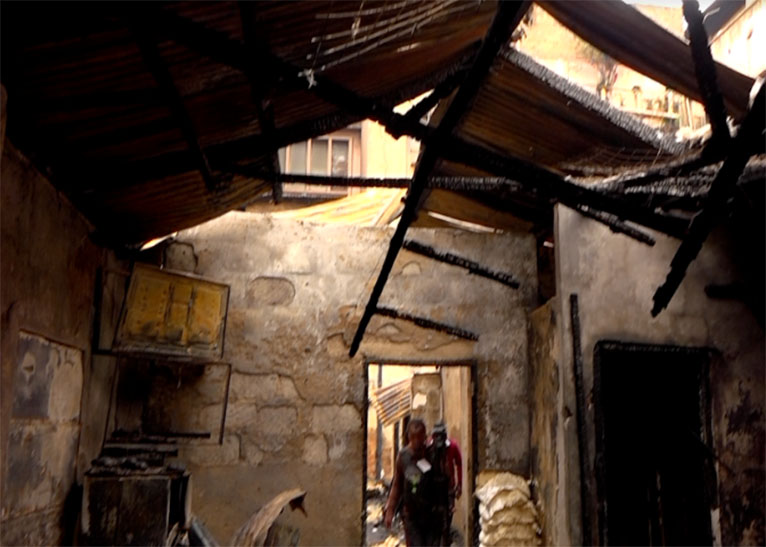 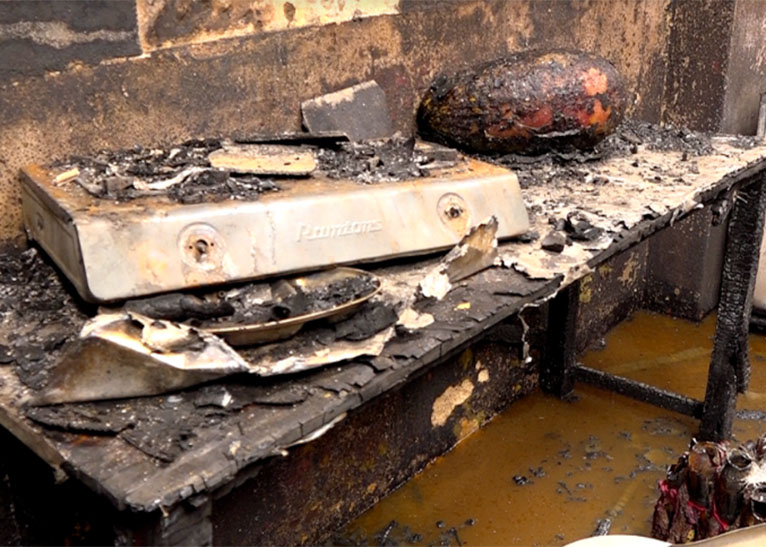 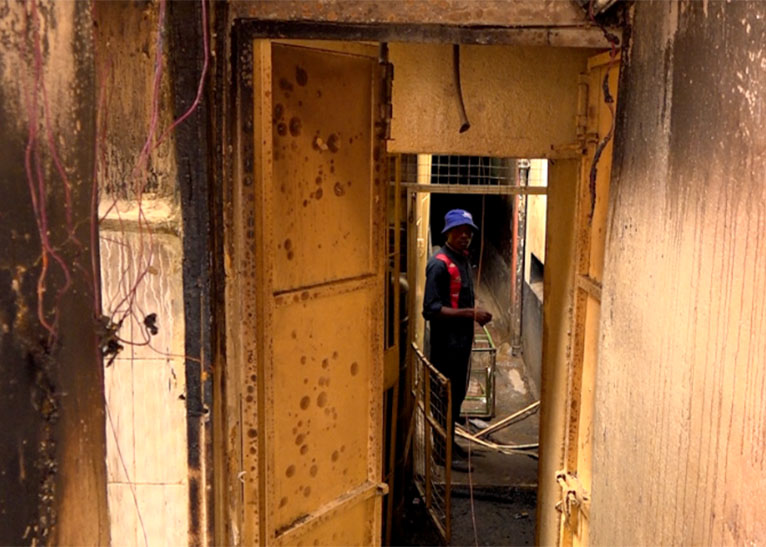 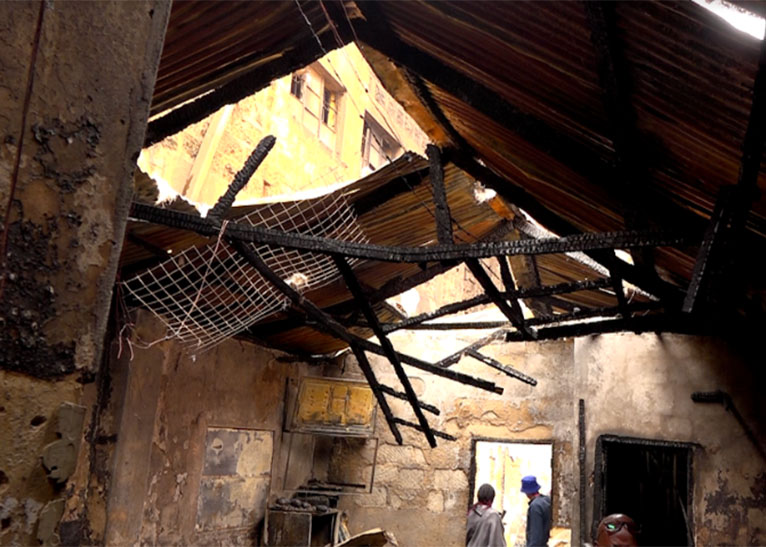 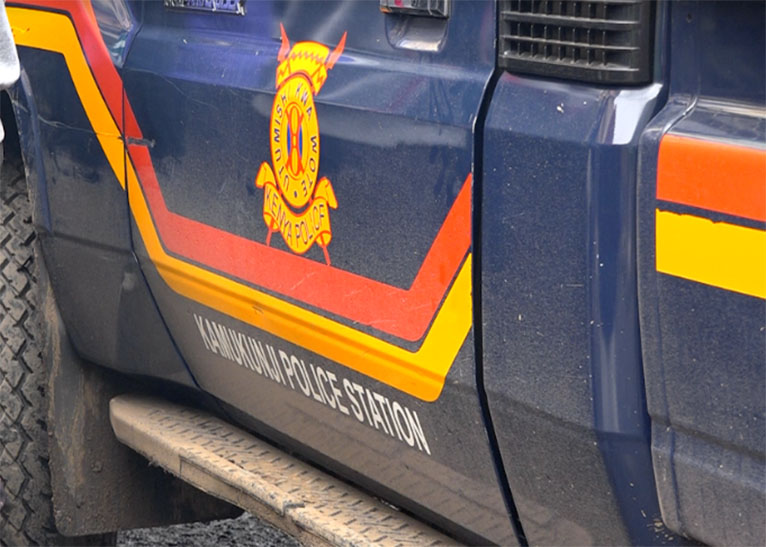