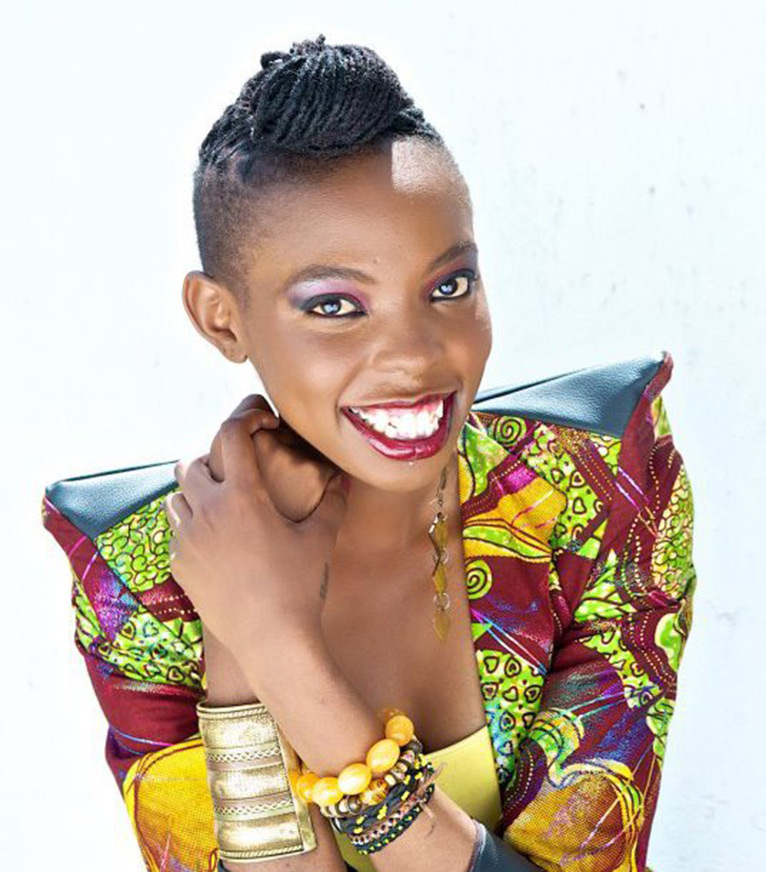 “I was in campus, about 19 years old, I’d come from a house party already quite drank, and my friends and I headed to Westlands for a night out. I left my phone in the car we were dropped in, and that car left for another club.

“I then thought there were so many clubs on that same street and the club the car was at wasn’t too far away, I could easily just walk there and get it. That probably wasn’t the wisest move, because if it wasn’t rape, then it would have probably been a mugging or something else. And it was also just a phone, but, when you’re that age, your phone is everything.

“He offered to walk me to the club and I agreed to it. I thought it was kind of him to have offered. But then we took a route that was quite dark, and I remember wondering why we were taking it, but I was fuzzy from too much alcohol, and my judgment wasn’t the best.

“We didn’t make it to the club. He pushed me to the ground, and it was on the grass that he raped me. Luckily, there was a kiosk nearby, one that I still see to-date, and after I came to, the shopkeeper saw me, he put two and two together, gave me his phone and asked me to call a number, any number that came to my mind. I called a friend of mine who picked me up, we then went to get our other friends at the other club, and, although they wanted to rush me to hospital, I just really wanted to go home first.

“My friends came to my house and really insisted that they wanted to take me to hospital, to which I’m very grateful for. I got screening for everything and was put on medication. But I never told anyone in my family, until maybe four years later, when I told my mum. She was also going through her cancer treatment, and I wanted to get to a place where I wasn’t as broken as when it initially happened. In that time, I would just bury myself in work, or pretend it never happened. I wasn’t going to therapy either because, as a student, I couldn’t afford it.

“But with time I realized my super-woman-complex way of handling things wasn’t working, and I needed to tell someone who was close to me. As soon as I told my mum, it became so much easier to deal with, because at least then, I had someone in my court. And that’s how the journey to healing began.” 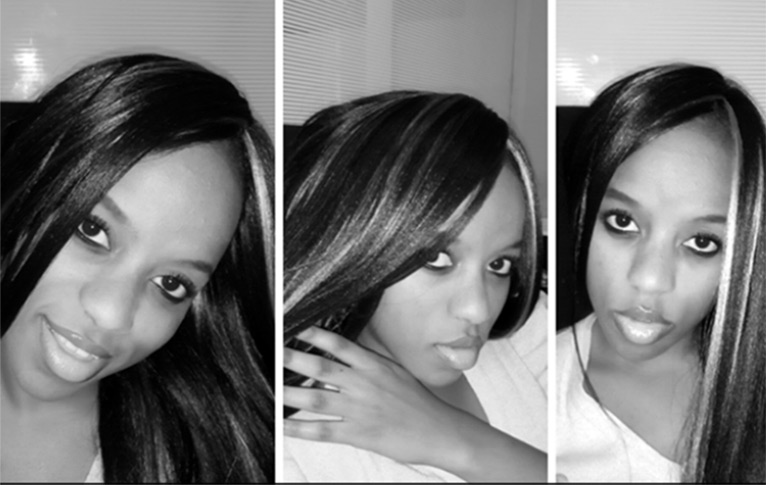 Former Youth TV presenter Elizabeth Irungu in April, 2015 came out on social media to narrate her near rape experience which occurred in 2012.

Elizabeth narrated this ordeal in detail, giving her fans and friends a glimpse into her experience. The man who tried to rape her was apprehended and prosecuted for his action.

Irungu had gone to visit her boyfriend in Eastleigh when the man unsuccessfully tried to rape her.

She wrote on Facebook: “The guy did not succeed coz I fought him hard and luckily it was chilly so I was wearing jeans and boots, it took him too long to take them off me but I always wonder to myself what if he had succeeded?! What if I was wearing say a dress?! Wouldn’t it have left a permanent scar on my soul!

“I urge all rape victims and attempted rape to speak up. Those sheikhs counseled me and told me it is not something to be embarrassed about coz it was not my fault at all. He was just a bad evil person who did not fear God. So speak up ladies.” 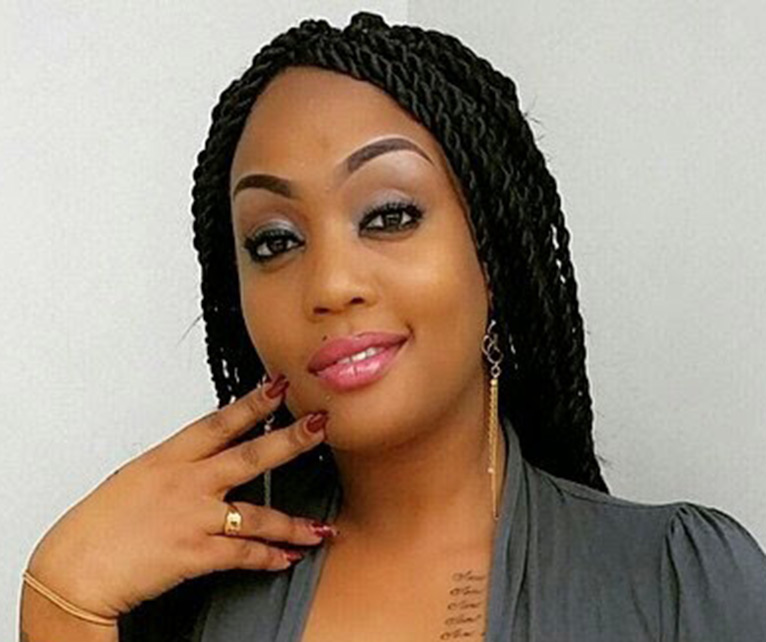 Irene Uwoya is a celebrated Tanzanian actress. She recently narrated to the country’s Global Publishers her attempted-rape ordeal.

“I do not remember the particular date I was almost raped, but I was about to clock age 18. My friends and I had a habit of going to our neighbour’s house at Mbezi Beach to watch movies. He was an extremely wealthy businessman of Asian descent.

“One day when we were seated in his living room, he called me to his bedroom. Because I had gotten used to him, I trusted him and heeded to his call. I did not suspect he would do something bad to me.

“When I entered his bedroom, he closed the door and pushed me on his bed. He began to forcefully undress me. That is when I screamed and rushed to the door and banged on it severally. My friends heard the commotion and toward the bedroom, demanding that he opens the door. When the man saw his plans were going to hit rock bottom, he opened the door and bolted out.” 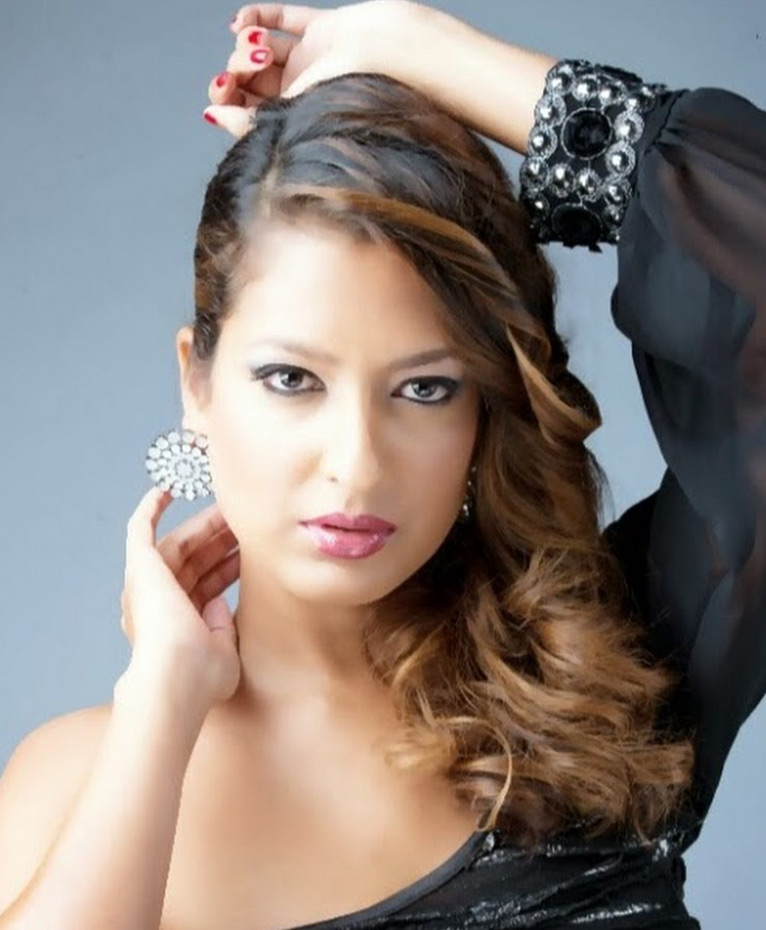 Media personality Eve D’Souza in a 2013 interview with True Love magazine opened up about her rape ordeal.

She was, years back, attacked at her gate by carjackers, who ended up raping her.

“When the men forced their way into my car, I thought they just wanted to steal from me. I remember being pissed off and giving them a bit of attitude, telling them to take the money and the car and just leave.

“I remember thinking that they were inconveniencing me greatly and I just wanted to go home and sleep. It was 3 am on a Sunday morning. However, I realised I was in a lot of trouble when one of the men slapped me really hard. At the time, they were driving towards a certain slum. When they reached a certain juncture, they stopped the car. One of the men went ahead to beat me up and rape me as the other stripped down the car of my stereo and valuables…”

Eve D’Souza in a June 2014 interview with Nairobian said the sad experience affected her perception of love.

“It showed me first-hand that nothing is put in your path that you’re not strong enough to handle. I’ll admit that to this day, I am very cautious about love. It takes a while for me to feel safe in the situation, but I think that’s better in the long run anyway.” 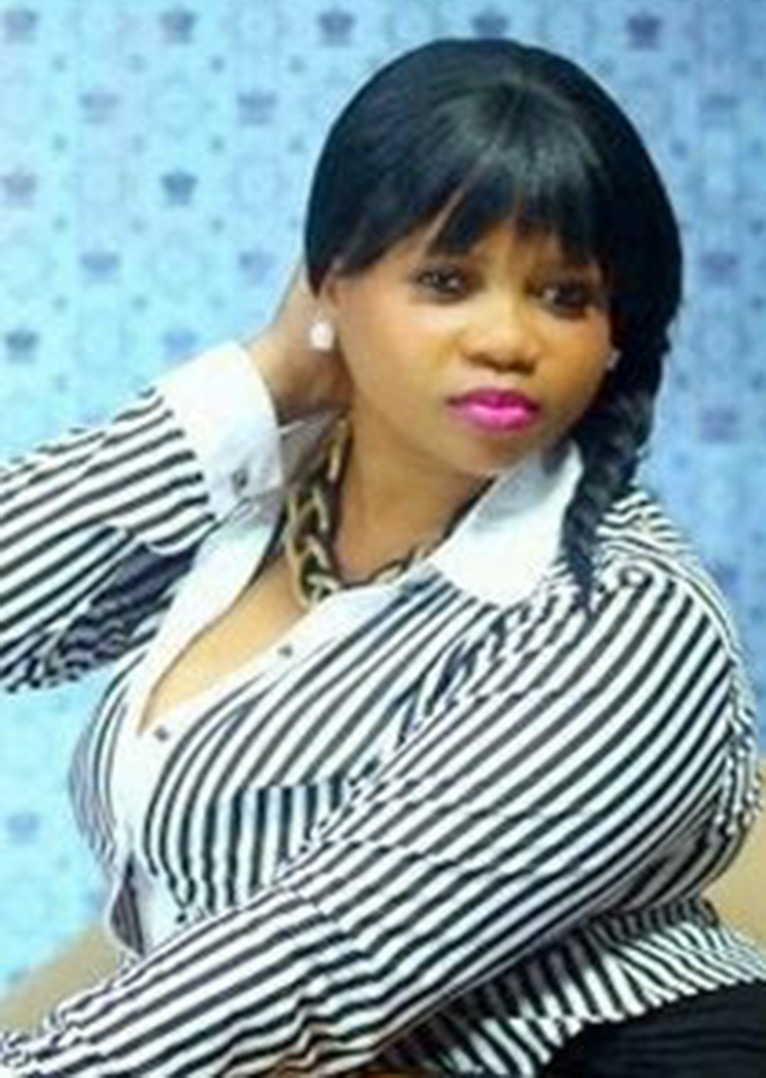 Another Tanzanian actress Aunt Lulu, born Lulu Semagongo, recounted how a family friend raped her after he had offered to help her in her studies.

“My family really trusted him. On the fateful day, he raped me – repeatedly. After achieving his mission, he flew out of the country. Till now, we don’t know where he is.” 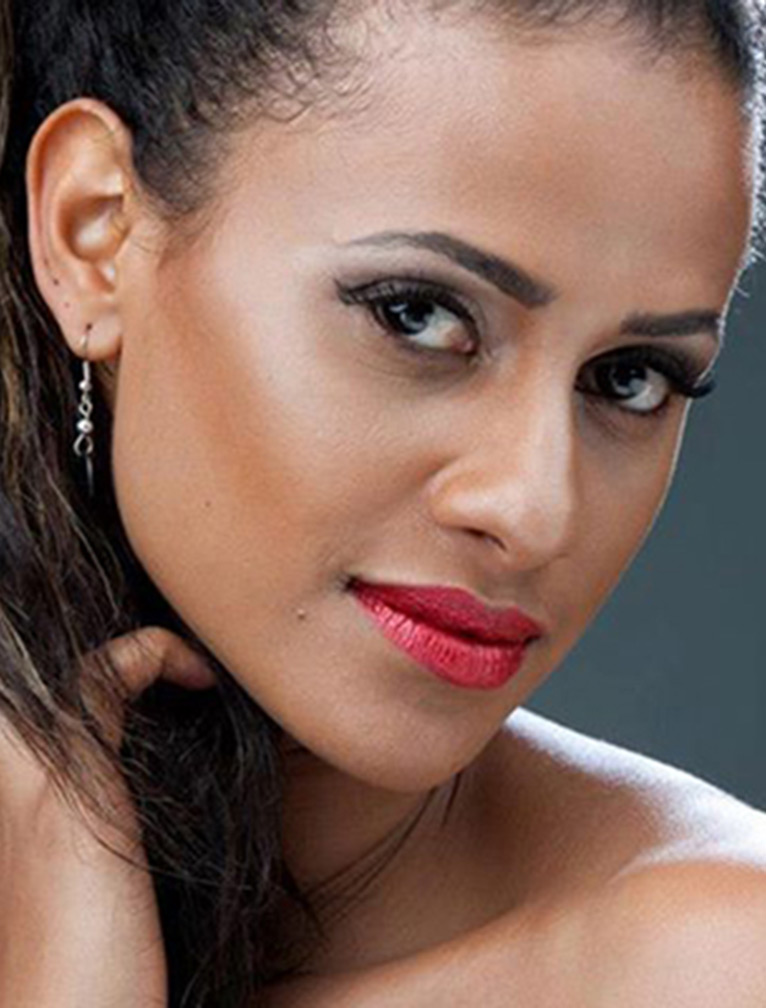 “It is hard to come out after a rape ordeal. But the first step toward healing is to accept that it happened and forgive the offender.

“We used to hangout as girls, about four of us, very good friends – quite long ago. So, some men would join us. One of the men would tell me, I would get you one day. I was a virgin then. So one day, I got a little bit too drunk and the story is he was taking me home. So, I never got home – that night,” Habida told Radio Citizen’s Willy Tuva in a past interview. 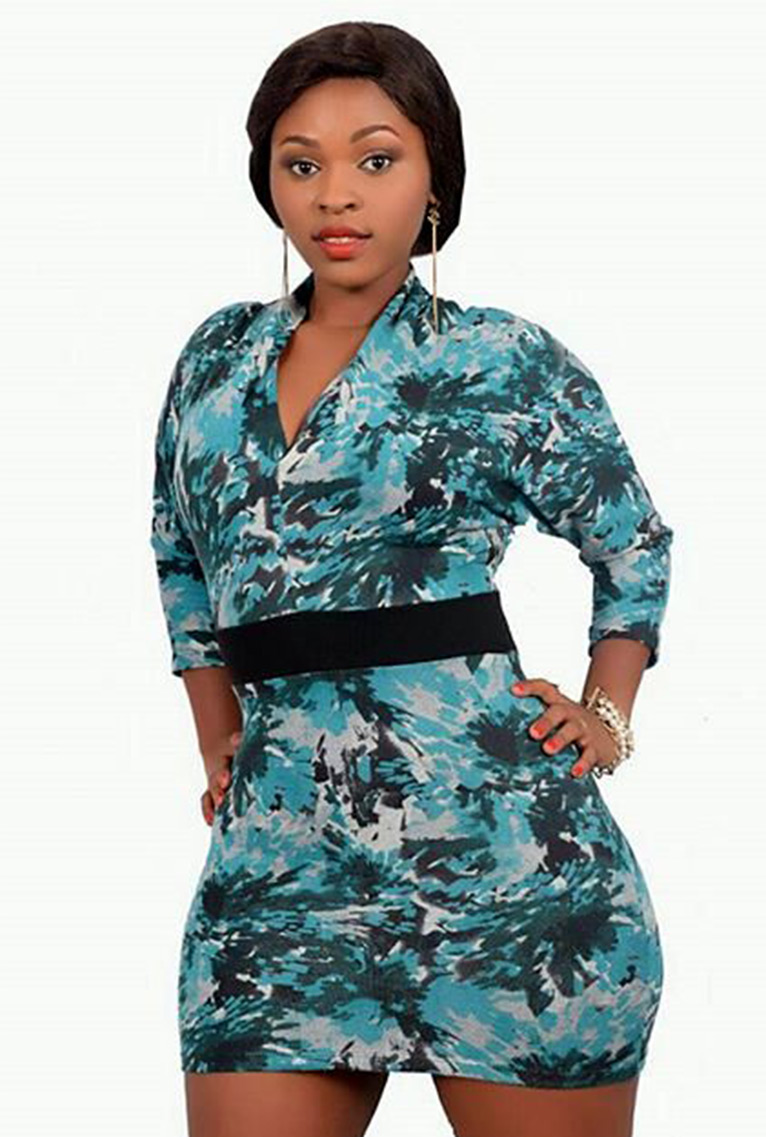 According to the video vixen, she had visited one of the studios in Magomeni in Dar es Saalam for a photo shoot, when the ugly incident happened. She had won quite revealing clothes and the photographer seemingly could not control his sexual urge.

Kidoa did not divulge much detail on what followed next, but only said: “I strive quite much to avoid recounting the ordeal. It is shameful.” 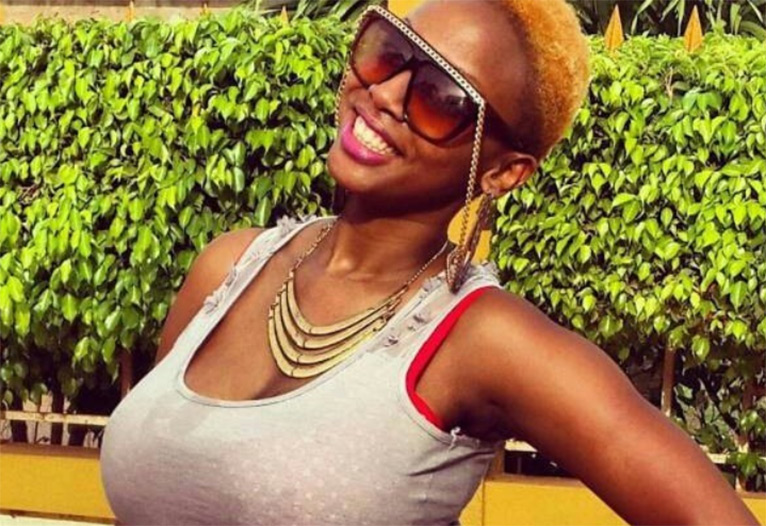 Kenya’s 2013 representative to Big Brother Africa (BBA) Ann Mbaru in August, 2015 shared her lucky escape from a rapist masquerading as a taxi driver.

Ann detailed on social media how the man had started to forcefully touch her, when she name-dropped some powerful people to scare away the predator.

“I almost got raped this morning (August 17, 2015) by a taxi man. I not only got disrespected but fondled so bad by the taxi man. He fondled my womanhood aka my breasts and told me to shut up! Power is everything in this country. I used powerful names to get him off my body. Friends take care of friends. I made one call and the person came to my rescue in the end,” she wrote. 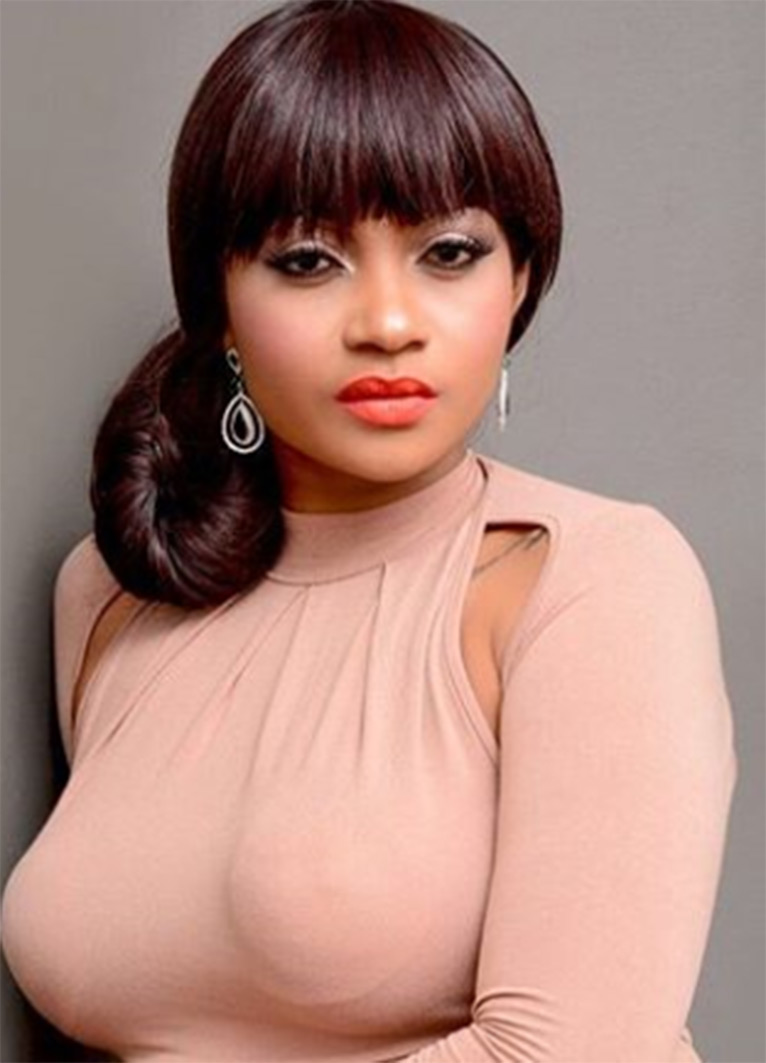 Shiloloe, born Zuwena Mohammed, is a top Tanzanian artiste and actress, who says she was raped and impregnated when she was 16 and living with her relatives in Igunga, Tabora.

“I had gone to fetch water at a well in the evening when a man came out of the blue and forcefully had sex with me. I tried to scream to no success as he had done everything so quickly.

“I wondered how I would go back and tell my relatives what had befallen me.”

She nonetheless returned home, but was beaten to a pulp, with her relatives accusing her of being immoral. She thus escaped home, and went to live with a man namely Makala Elia, whom she claimed also raped her.

Makala Elia would later debunk the accusations, saying it is Shilole who forced herself on him.

“When she was in school, she wasn’t my lover yet. But I did provide for her. However, when she completed her education, she began showing interest in me. She would come to my room often. Anyway, let me ask you, if I were to rape someone, would I be doing it every day? Her relatives had allowed her to live with me. I impregnated her after living with her for long,” said Elia. 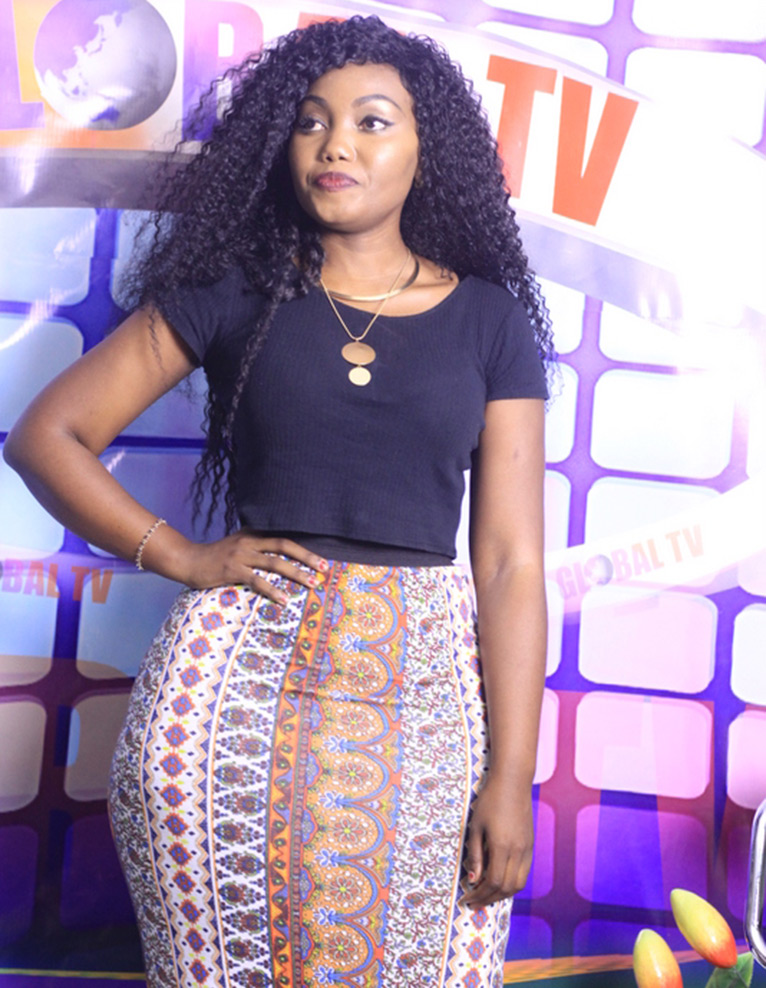 Jane Rimoy, better known by the moniker Sanchi, is a Tanzanian model known for her voluptuous frame.

Sanchi narrated to Global Publishers how she survived a rape attempt when she was 6.

“There are times I shed tears when I recount the experiences in life that cause me so much pain. I remember when I was 6 I survived a rape attempt by my uncle’s friend. I do not want to divulge much about the ordeal.”