Eunice Chacha, the younger sister to the late Benjamin Mkapa Chacha, who was a Third Year student at Multimedia University of Kenya (MMU), has recounted her brother’s last moments before he succumbed to acute hemorrhagic pancreatitis on January 1.

Acute hemorrhagic pancreatitis is a condition that causes sudden inflammation of the pancreas, leading to the death of pancreatic tissue and the formation of lesions, causing extensive bleeding.

Mkapa’s death plunged the university fraternity, friends and relatives into mourning as the rest of the world ushered in the New Year.

Benjamin Mkapa Chacha was pursuing a Bachelor’s Degree in Film and Animation, and was slated to resume second semester studies on Friday, January 6.

Chacha passed on at their home in Langas in Eldoret on January 1 at 1pm after proceeding to a hospital, which he found was closed. His relative bought him drugs to relieve pain and minimize complications, but before he could take the drugs, he passed on.

Chacha’s burial will take place on Friday, January 6 at their rural home in Isebania, Migori County.

“He was my only brother, we were just two siblings,” Chacha’s sister Eunice told eDaily amid pains. 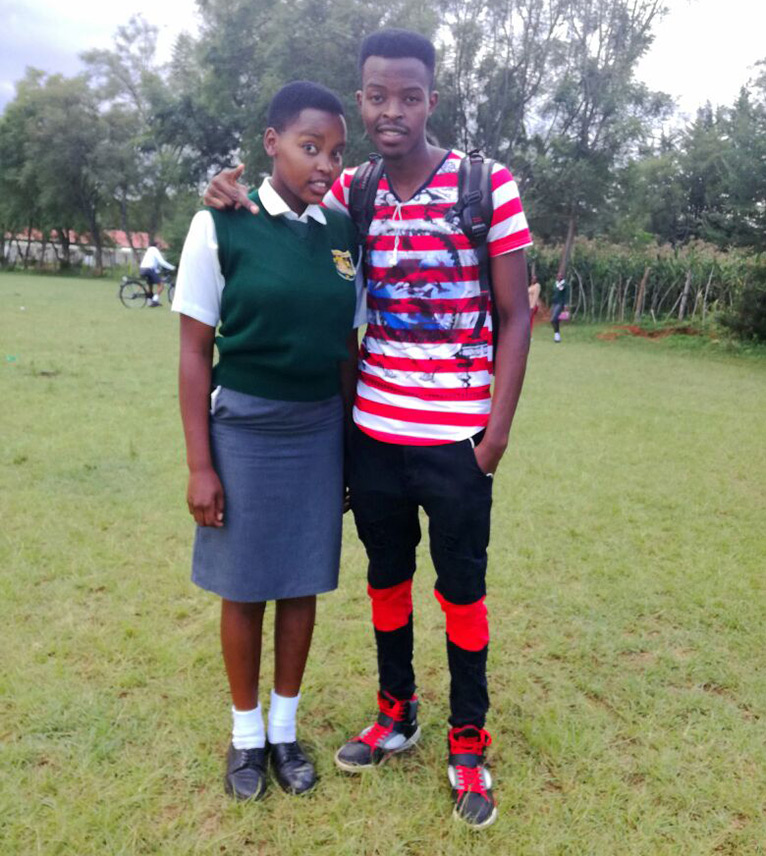 “I sat my KCSE this year, and I had traveled to Tanzania for the end year holidays when I received the sad news of my brother’s death. It instantly killed my spirit. When 2016 KCSE results were out, he is the one who sent an SMS to get my results – and informed me about my performance on phone.

“The last time we communicated, he said he did not have airtime and requested I text him. By the time I read his message, it was too late. However, he had talked to my mum on January 1 slightly past 12am. He told mum: ‘I have ushered in the New Year well, wake up and thank the Lord. I know you are still asleep’.

“On January morning before passing on, mum spoke to him. I heard mum saying he told her: ‘Mimi nimemaliza mavuno yangu’. He also phoned my cousin Sophie on December 25, 2016 and told him that: ‘Kwani wewe utakaa Nairobi mpaka ile siku ntakufa bila wewe kujua kwangu?’

“Mum was in Sirare at the time my brother was sick. From 29th December, I did not communicate with him.

“I got a C (plain) in KCSE and Mkapa advised me to either go back to high school, or enroll for Form Five and Form Six classes in Tanzania or join a university in Mwanza, Tanzania that accepts students who got a grade similar to mine in KCSE.

“Mkapa was my mum’s advisor, the man of the house because we don’t live with our dad. He was everything to us. I used to share my ideas with him. Every time an idea would pop up in mind, I would tell him about it, and he’d get excited and respond: ‘Now that is my sister!’

“Mkapa had refused to come home (Sirare) for December holidays, saying he wanted to hustle first.”

Speaking to eDaily, Multimedia University of Kenya Students Association (MUKSA) Deputy President Nelson Tum said the late Chacha was popular among his colleagues in the institution.

“Benjamin was a very social person. The number of guys he influenced in the university is very huge. Just to know how influential he was, two WhatsApp groups were formed within minutes after learning about his death and the two groups were filled. He was commanding a huge following. He had ambitions of vying for Entertainment Secretary in the MMU Students Governing Council (SGC),” said Mr Tum.

“He was an extremely gifted dancer, and you know how these guys command such a huge following. To top on that, he won a lot of accolades for MMU Drama and Arts Club. His death is such a big loss to the MMU fraternity and Kenya as a whole.

“For one to pursue Film and Animation, he or she must be talented in more than one area. Chacha was very talented in stage plays; he was the future of Kenyan drama and plays. The acting industry in Kenya has really suffered a huge blow following his demise,” added Mr Tum.

“On January 13, we will hold a vigil in Multimedia University main campus in Mbagathi in memory of Chacha. The university will open on Friday, January 6, so it won’t be possible to hold a vigil on the same day as we would have traveled to Chacha’s rural home.”

Chacha battled hemorrhagic pancreatitis for a while, but the condition worsened after December 25, 2016.