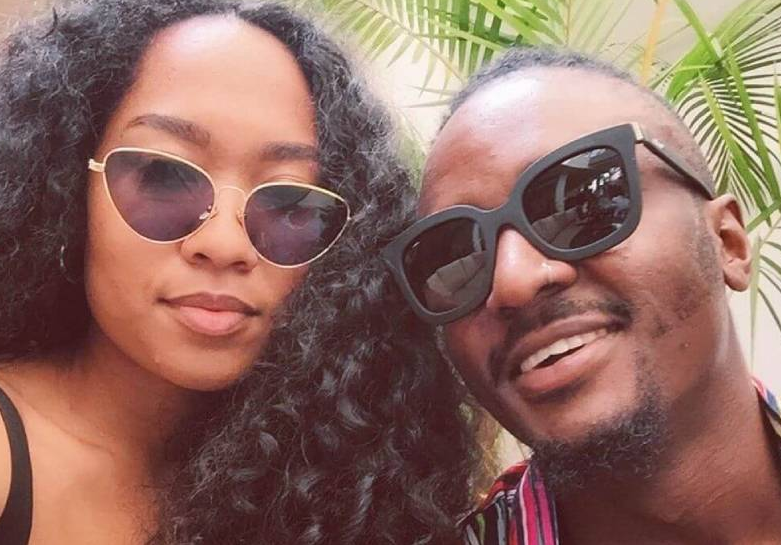 Sauti Sol band member Savara Mudigi and his girlfriend Yvonne Anyango Endo Otieno have for the first time publicly opened up on how they met.

According to Yvonne, she met the singer/producer at an event in Nairobi and, to break the ice, he introduced himself to her as a stripper.

“I met Savara at Africa Nouveau Festival, I’d gone there with my sister. It was almost time for us to leave when he came over and introduced himself, said that he’s a stripper….I was like ‘that’s funny and not funny, because I already know who you are’,” she recalls.

“Eventually when the night ended he asked for my number…but I don’t think he saved it.”

Savara, on his part, says he was a bit too hammered as he had been drinking on the day they met and so he forgot to save her number on his phone after asking for it.

“I used to know her sister, but yeye sikuwa namjua sana, nilikuwa namwona tu once in a while. Mimi nilikuwa tu hapa kule raundi, and then I saw two beautiful girls…mi hukaa ni kama nakuwanga confident when it comes to ladies but No, nakuanga mshy…but then you know that time I was a bit tipsy,” he said.

A day after the event, he asked for Yvonne’s number from her brother-in-law who in turn asked Yvonne for permission to give it to him and that was when she realized that Savara did not actually save her digits at the concert.

A few conversations later, the two became lovebirds and started living together when the coronavirus pandemic hit the country and an order on cessation of movement was placed by the government.

The two now say the pandemic has served as a blessing in disguise for them as they have learnt a lot about each other through living together during this period.

“We love working out together, we try watching things together, series and movies, but Savara is notorious for blacking out 15 minutes into a film,” says Yvonne.

The couple spoke on these and much more on a new reality TV show starring Sauti Sol and Sol Generation that airs on Maisha Magic Plus Channel 163 every Sunday at 7:30pm.

“Sol Family is a docu-reality, a combination of two genres, documentary and reality. We’ll be taking you to the past in documentary format to understand how all the characters came to be who they are while showing you their present and all that’s happening with their lives,” said show creator Eugene Mbugua of Documentary & Reality Television Ltd.

The show explores the lives of Sauti Sol’s Savara, Chimano, Bien, and Polycarp as well as the stars of Sol Generation, Nviiri and Bensoul, and the team behind their management that makes the magic happen.