On Sunday, May 14, as I was going through some of the feeds on Facebook, I came across a post by Turbo Constituency aspiring Member of Parliament, Kevin K. Okwara, showing a man who survived a scary crash in Eldoret.

The man’s car had been severely damaged after it was involved in accident with two trucks.

Mr Okwara wrote: “ ‘My wife has told me several times to go to church but I have refused. Tomorrow (Sunday, May 14), I will definitely be in church.’ – This is the message from a man whom I met today (Saturday, May 13) after he survived a scary crash. He came out of it, without even a scratch. God protects and He still performs miracles. Amazing!”

I took a look at the photos Mr Okwara had accompanied his post with, and I was in disbelief. I wondered how the accident victim came out of that mangled wreck completely unscathed!

I called Mr Okwara, he gave me the accident victim’s phone number, and I got in touch with him.

He was a happy man, exceedingly grateful to be alive – one is happy to have a fresh lease on life.

Below is his narration of what exactly happened:

“My name is Zachary Migiro. I am the Public Health Officer Likuyani Sub County, Kakamega County. On Saturday, May 13, I was driving from Maili Nne in Eldoret to Turbo around 1:30pm when the accident occurred.

“It was drizzling while I was in transit. There was a truck in front of my car that was slowing down to go over a bump just near Paul Boit Boys’ Secondary School around Kapkong’ area. So, as that truck was going over the bump, I was also slowing down. There was a truck right behind me that hit my car on the rear.

“The driver of the truck behind me said he was new on the route. He is probably 30-years-old or younger. He said his truck skidded.

“There was a loud bang on my car’s rear when he hit me. My car, a Toyota Rav 4 model, was reduced to a wreck because I hit the truck which was in front of me. I thank God to be alive today. My car had been reduced to mangled sheets of metal – it was almost half its normal size.

“The car’s boot and back passenger seats were crushed to the back of the drivers’ seat. The co-driver’s seat turned, almost facing me. And I was there just holding the steering. The only space that was left was where I was seated. The steering was near my chest and the driver’s seat moved nearly over my head. The only slight injury I got was from the wreckage of the door when I tried to push it. On my left wrist too, there is some pain. I think it is because of holding the steering.

“Well-wishers came and helped me out of the wreckage. I was very healthy!

“I, thereafter, called the traffic police, who took a long time to arrive at the scene. From 1:30pm, they came almost at 4pm. The car was towed to a nearby police station for an inspection slated for Monday, May 15. I have also recorded a statement with the police. The trucks too are in the yard at the police station in Eldoret.

“Okwaro, an MP aspirant for Turbo Constituency, who witnessed the accident, asked me if I go to church and I told him that I used to go, but had stopped. My wife has been urging me to go to church but I have been reluctant. I usually escort her and the children to the gate of the church and I turn the car and head elsewhere. But I now vow I would be going to church. God showed me that He is merciful.

“I called my wife and informed her about the accident; I also told my two sisters about it. My immediate boss Dr. Bushuru and my colleagues also came to the scene.”

“My head, chest were not harmed in the accident. But tomorrow (Monday, May 15), I will go to the Moi Teaching and Referral Hospital for checkup and counseling.

“Motorists should be careful on the roads. I was careful while driving but probably the driver of the truck that hit my car from behind wasn’t quite keen, hence the accident. Nonetheless, we should all be wary when driving, always.” 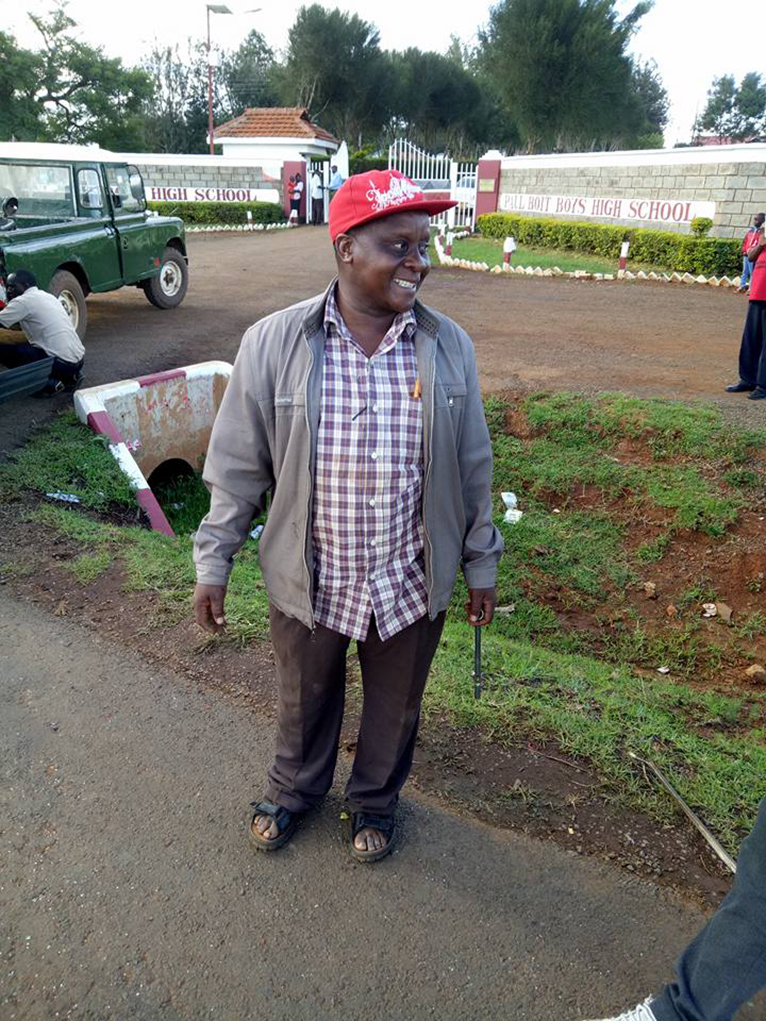 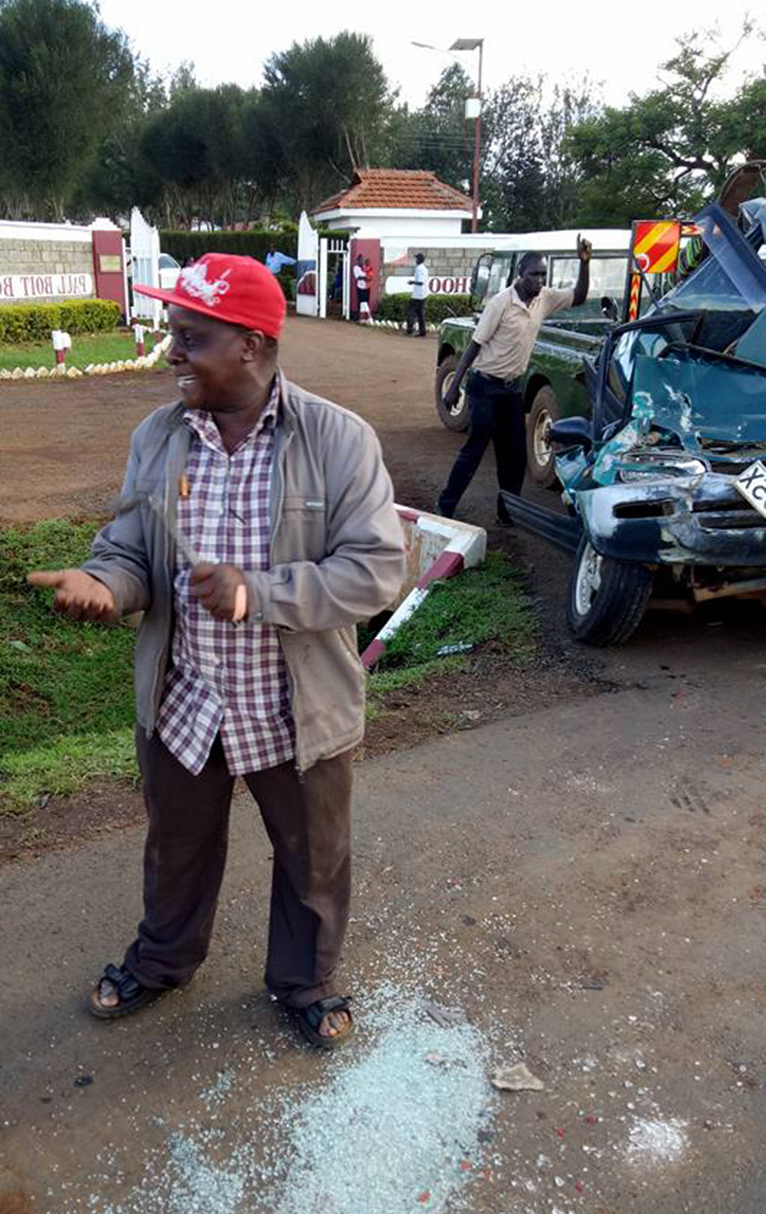 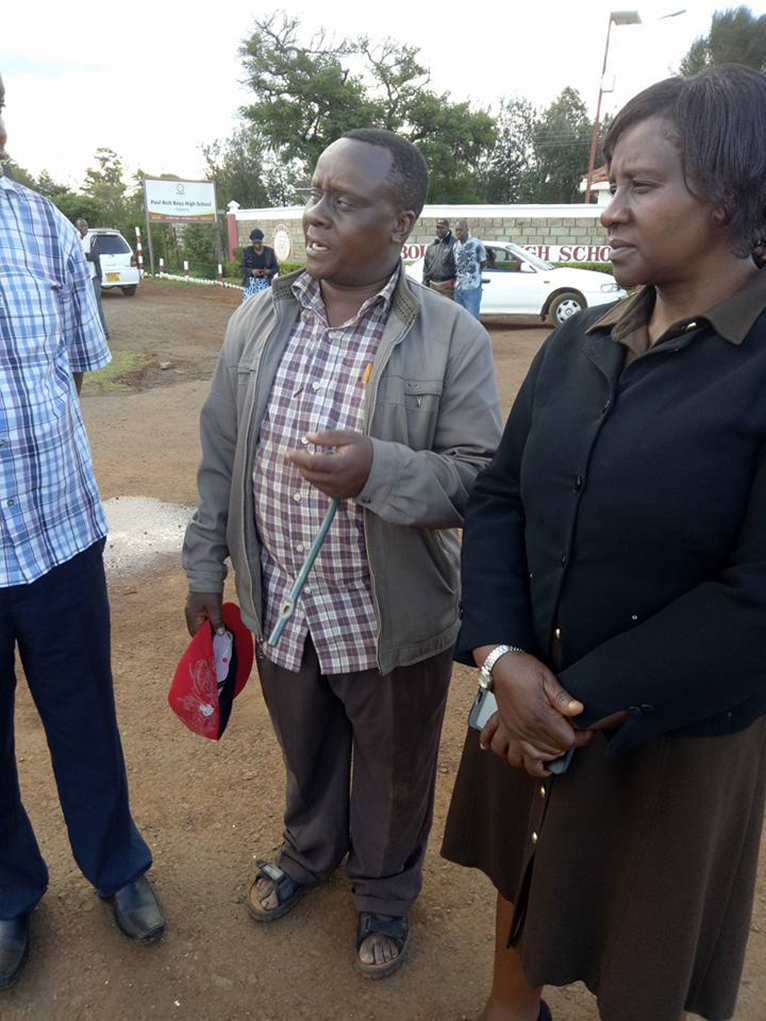 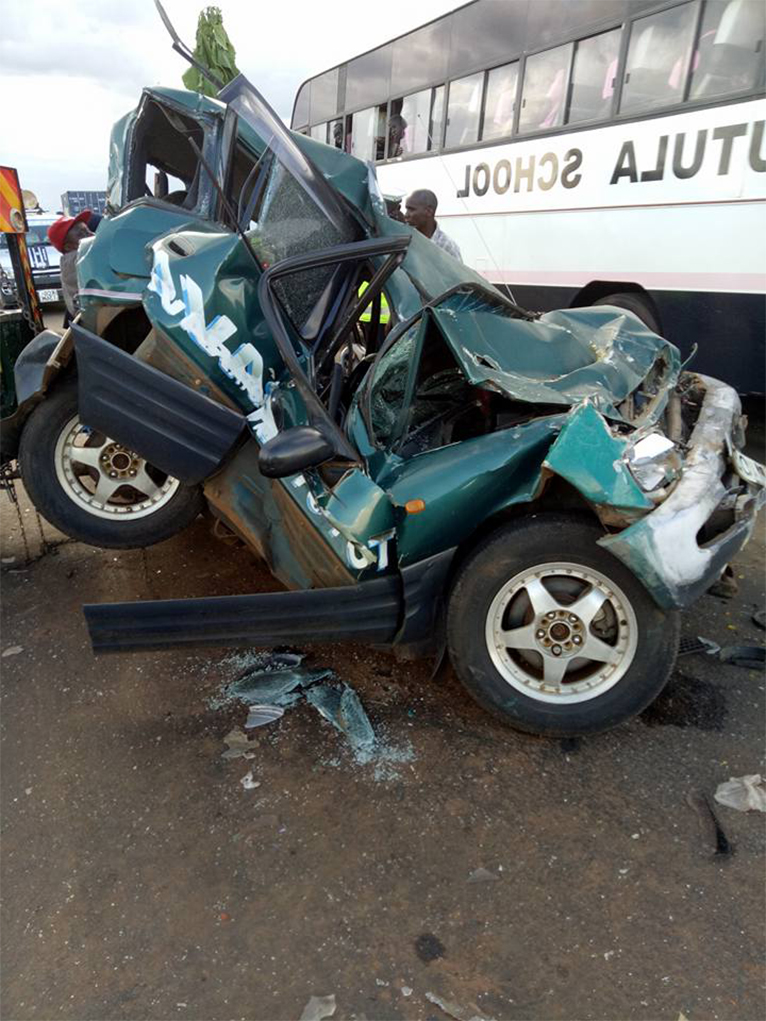 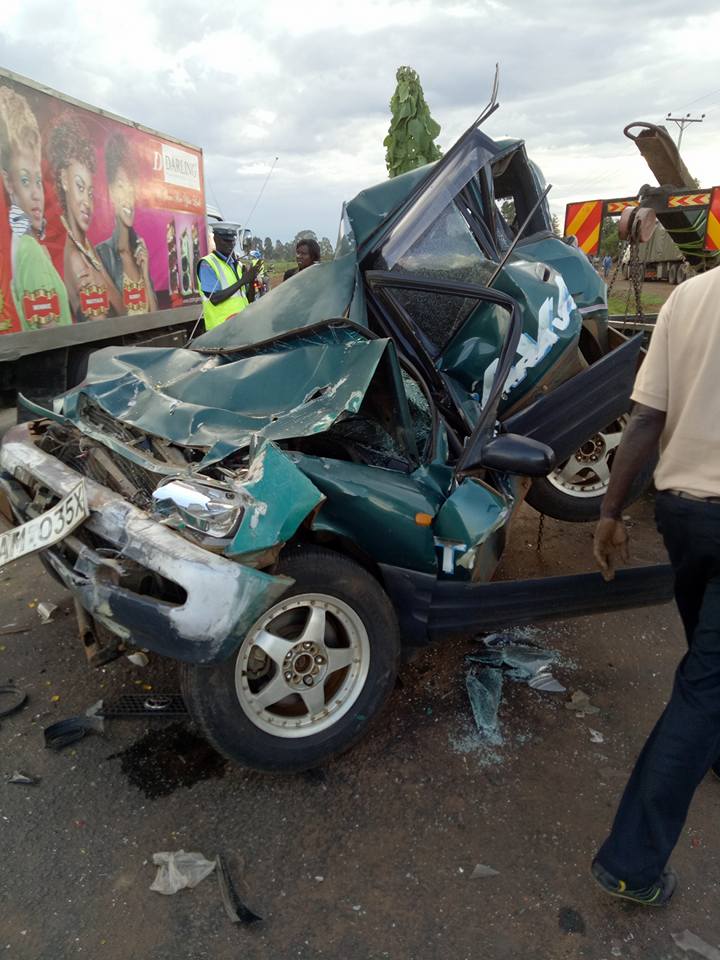 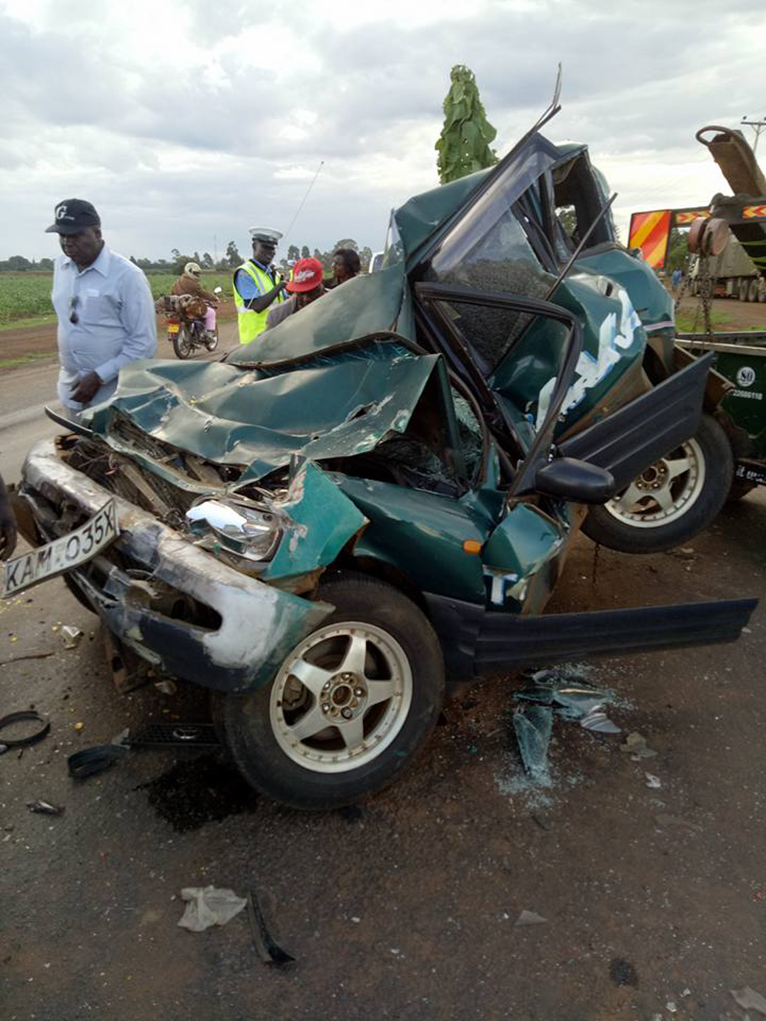 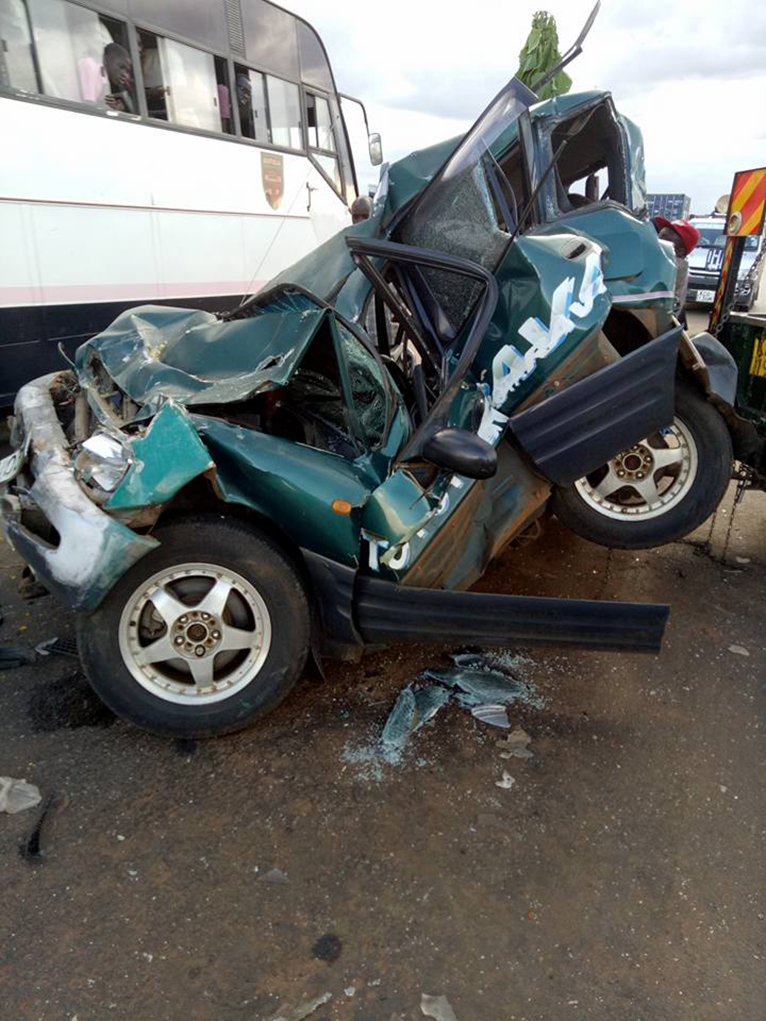 He narrates it all: How Likuyani Health Officer came out of this scary crash unharmed – PHOTOS