Suba North MP Millie Odhiambo on Wednesday, October 17 sparked a tense moment in Parliament, when she referred to Kapenguria legislator Samuel Moroto as a “grandfather”. 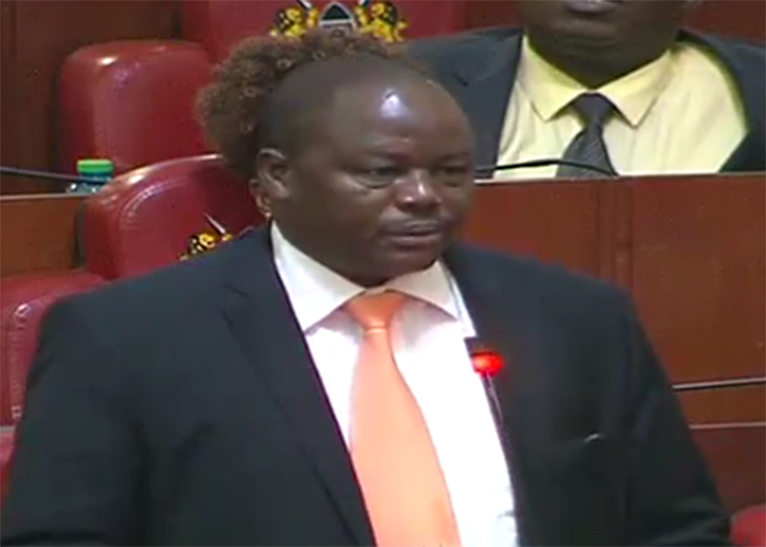 Ms Odhiambo used the tag on Mr Moroto, when she claimed that the ‘referendum fever’ has gained impetus to a point, where other MPs are forcing her to attend House proceedings so that they [MPs] can meet and form camps should a referendum bill be adopted by the National Assembly.

“It is regrettable that an honorable member [of Parliament], the age of my grandfather, threatens to beat me because I am not in the House. Honorable Moroto is threatening to beat me outside as I am getting in because I am outside the House [sic]. Because of [our] age [difference], I cannot fight with him, Mr Speaker. He is the age of my grandfather,” said Millie Odhiambo.

The National Assembly Speaker Justin Muturi tried to play down the situation, but Ms Odhiambo’s claims were too hot for Mr Moroto to absorb without a rebuttal.

“You are sitting next to each other; I will allow you to proceed with the jokes as House proceedings continue,” said Speaker Muturi, who later allowed Mr Moroto to respond to Millie’s claims.

“Mr Speaker, I have been in this House for a very long time; I know the procedures of this House. When we are competing – on yes or no – , we always do it amicably. We never use threats. Unless this woman here [Ms Odhiambo] is becoming mad, Mr Speaker… You [Millie Odhiambo] cannot play with me; play with others,” said Mr Moroto.

“Honorable Moroto, honorable members that is very impolite. The honorable member for Suba North is just not: ‘this woman’..,” intervened Mr Muturi, to which Mr Moroto responded: “She referred to me as her grandfather, and I am referring to her as a woman. If needs be, I am the best husband to her, not even her grandfather.”

“It looks like Millie Odhiambo and Moroto are quite friendly apparently,” said Mr Muturi.

The MPs were debating on the National Assembly Bill No. 5 of 2018, the Constitution of Kenya Amendment Bill.