Busia Governor, Sospeter Ojamoong’s daughter, Ajakait Juliana Ojaamong is nursing bruises after a night of terror courtesy of her husband.

She wrote on Facebook that, her husband, Reagan Malembe returned home on the night of Wednesday, March 14, drunk and in a terrible mood. 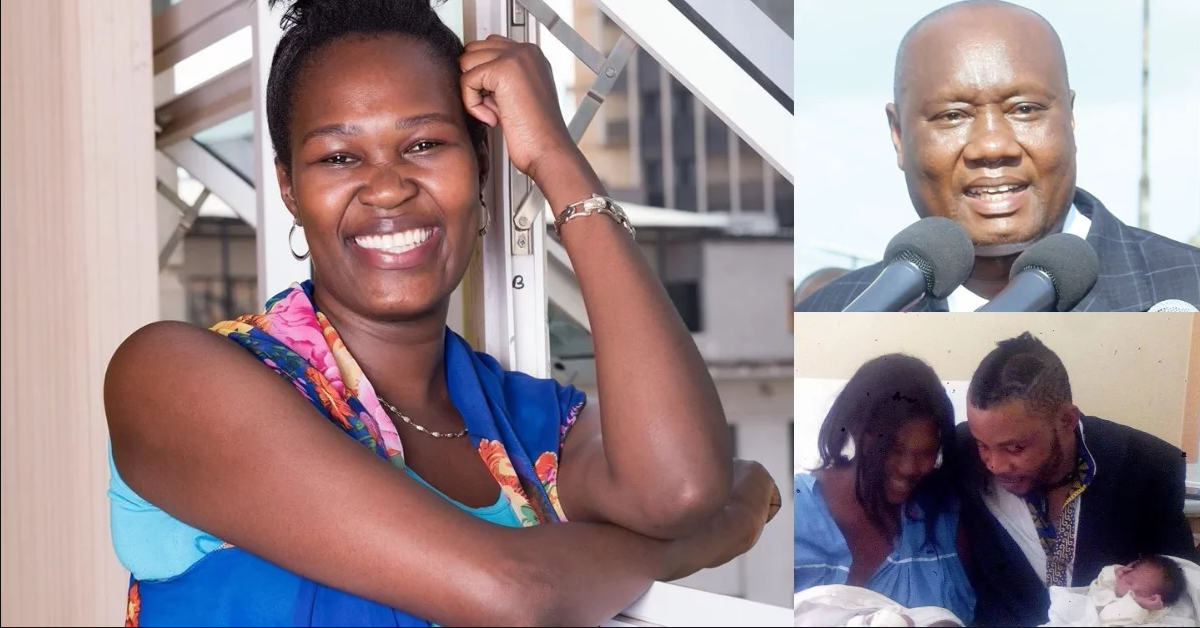 Governor Ojaamong’s daughter, Juliana reports that she was clobbered by her Congolese husband. Photo: Ajakait Julianna/Facebook

She did not explain how it began but she did say that her husband, armed with a cleaving knife, locked her in their bedroom.

He proceeded to clobber her to within inches of her own life and only stopped to catch a breath.

I have been frustrated by this Congolese guy. I can’t keep quiet anymore. He says no one is surviving. What do I do?, Juliana lamented in part.

Juliana says that her husband who is jobless puked all over the bedroom and prevented her from even going to the bathroom. 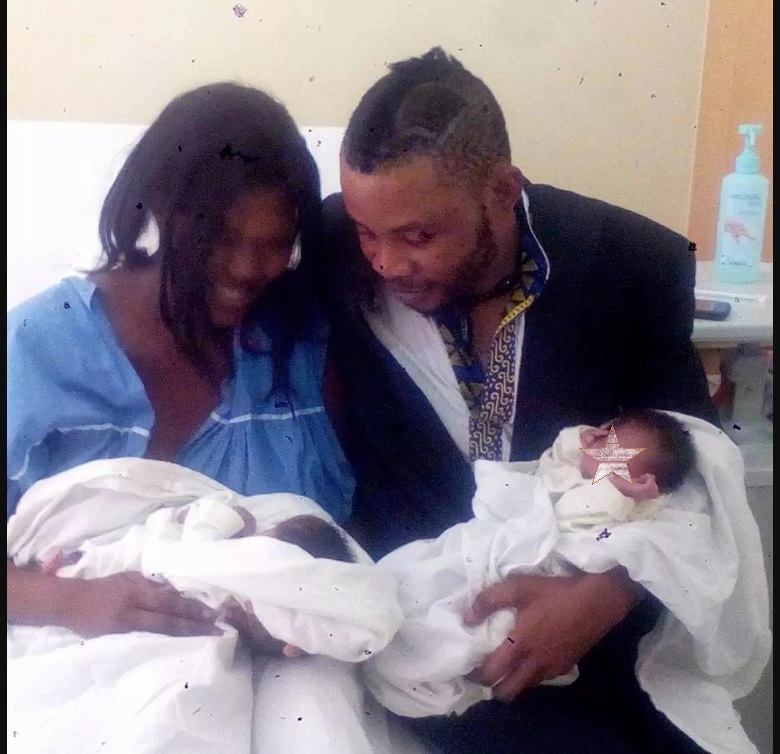 He then fell asleep with the key to the bedroom beneath the mattress.

In her appeal for help, Juliana asked her social media friends to offer help through SMS since she could not risk making a call. 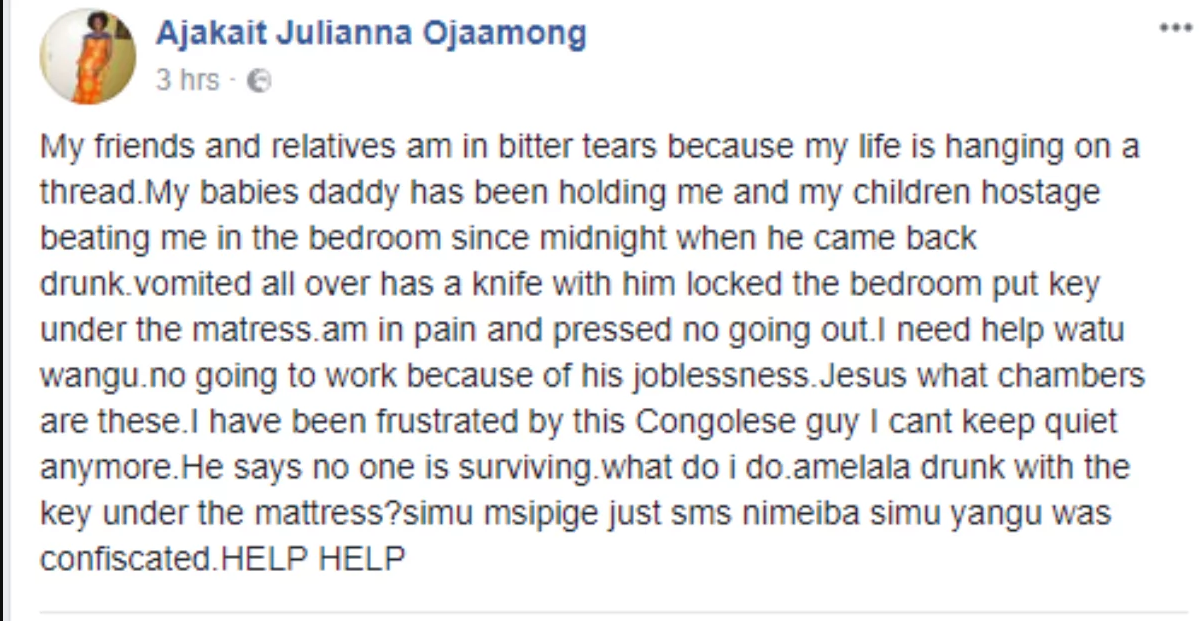