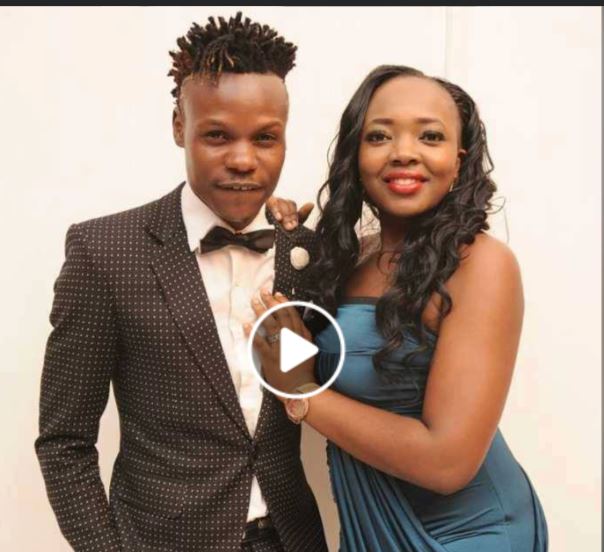 And the tale of how he got there is straight out of a movie script.

Dydda’s wife Sylvia who has high blood pressure and other complications says her husband left the house on Saturday and did not return.

He had gone to grab her over-the-counter medication which had run out.

On an account posted by activist Boniface Mwangi on Twitter, Sylvia explained how her husband was arrested along Ngong Road on his way back to the house from a pharmacy in town.

“On his way home, he got a puncture at around 6:30pm and by the time he had fixed it, it was about 6:50pm. He continued with the journey home and on reaching Ngong Road, near Coptic Hospital, he found a police road block at around 7:10pm. He was stopped and arrested. The police had commissioned a breakdown truck and every car that violated the curfew was being towed to Kilimani Police Station. The car owner was then put in a police vehicle and driven to the Police Station,” the account reads.

The musician was in the cells on Saturday night and was bailed out by his wife on Sunday after the payment of a Ksh.10,000 cash bail.

Drama, according to Sylvia began after they demanded a receipt for the cash bail.

They were given a receipt and their car handed back to them.

No sooner had Dydda been released than he was immediately re-arrested with officers reportedly asking him to to go back to the station to record a statement over an inmate who had died at their cell.

“Eko received calls from four different numbers calling from Kilimani, one of them from a female officer. She told Eko that someone who was in the cells with him had died and he should go back to record a statement. They gave him a number (0756479296) to call when he arrived. While on the call, we overheard someone say, “Hii mtu pekee ndio umepea receipt, hii ni shida.” (You issued a receipt to one person, this is problematic).,” the story reads.

At the police station, Dydda’s wife got her Ksh.10,000 cash bail back and was told that the bail had been cancelled.

Dydda was then taken back into the cells with his wife claiming officers had said he would be punished because his wife recorded her bail exchange with a police officer.

“l was told that since I had recorded them, they were going to teach my husband a lesson. “This is Eko Dydda, the President gave artists Ksh100 million, he will vomit this money”, one officer told me. The OCS came and ordered his officers to take Eko to “that place.”

Ekko Dydda ended up at Mbagathi KMTC alongside 200 other Kenyans who were taken to the isolation centre.

Speaking to Boniface Mwangi, Dydda said no tests have been carried out and a majority of people are worried they may get infected while at the facility where they share toilets and bathrooms.