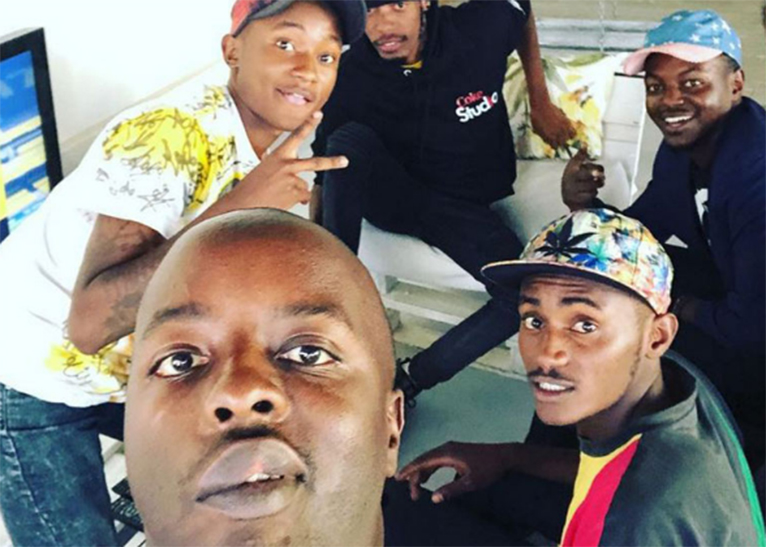 Raila Junior will — moving forward — brand each member of the Ethic music group. The four artistes also get the opportunity to have their music videos, henceforth, directed by talented producer Enos Olik.

The promises were made by Raila Junior after he met Ethic crew at his office in Kilimani on Tuesday, March 19.

“I have committed to branding each member of the Ethic group. That would help them create solo-identities, [which they can commercialise]. I also promise to finance each of their music videos, moving forward. And, all their music videos will be directed by the talented Enos Olik,” Raila Junior told EDAILY on Wednesday.

“As I am speaking to you, Ethic and I have visited Enos Olik in his studio and have reached an agreement on how the artistes’ songs will be produced. Tomorrow [Thursday, March 21], Ethic will release their new jam dubbed ‘Pandana’, which I believe will be a smash hit. The song is produced by Olik,” said Raila Junior.

The meeting between Raila Junior and Ethic crew comes barely a week after the ODM leader’s son expressed his approval of Ethic’s talent, saying he would do “anything” to ensure they soar to greater heights.

In a previous interview with EDAILY, Raila Junior said he is a big fan of Ethic’s SWAT in particular.

“I have been listening to his [SWAT’s] songs for a while now, and his choice of words is amazing. His giftedness is currently being appreciated internationally. SWAT’s style of music will propel him to greater heights,” said Raila Junior, whose favourite song is “Instagram” by the group.

Ethic is known for the hit song “Lamba Lolo”.