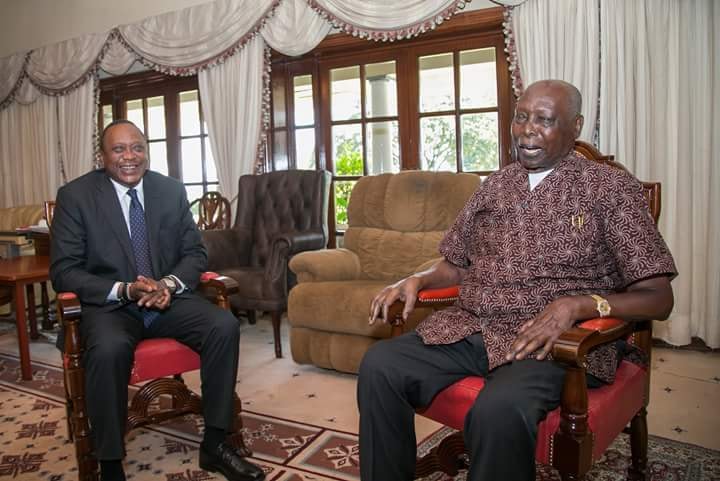 President Uhuru Kenyatta holding talks with retired president Daniel Moi when he paid him a visit at his Kabarnet home. Photo: Gideon Moi/Facebook

The senator was wearing a pair of navy blue jeans that barely touched his ankle, a multi-patterned shirt, a navy-blue jacket and pair of black drivers on his feet.

Cheeky Kenyans however noticed that the stylish senator was not wearing socks. 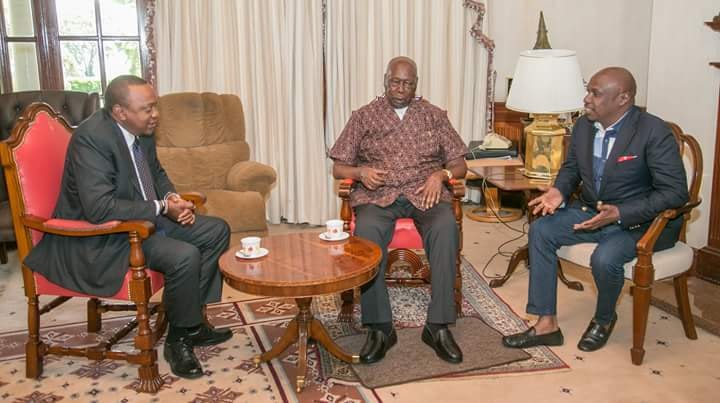 The contention appears to have been brought about by the fact that the senator was too casual for the meeting with the head of state.

Uhuru Kenyatta was wearing a charcoal-gray suit and black shoes while the retired president was decked in a casual brown shirt, gray pants and slip-on official shoes.

The senator was however  vindicated by fashionistas who praised his smart-casual look.

In-house fashionistas tell eDaily that loafers are not meant to be worn with socks unless it is the no-show socks.

This however did not stop the hundreds of comments that poked fun at the youthful senator’s tasteful style.

I respect Gideon Moi because he wore the loafers without socks like it should always be https://t.co/8ID3cLOKNA

One Ottyz even offered to buy the senator his next pair..

Last year, DP Ruto who is on a collision course with Gideon Moi for Uhuru Kenyatta succession in 2022 lit the internet when he stepped out for a church event in a pair of sneakers by Converse without socks. 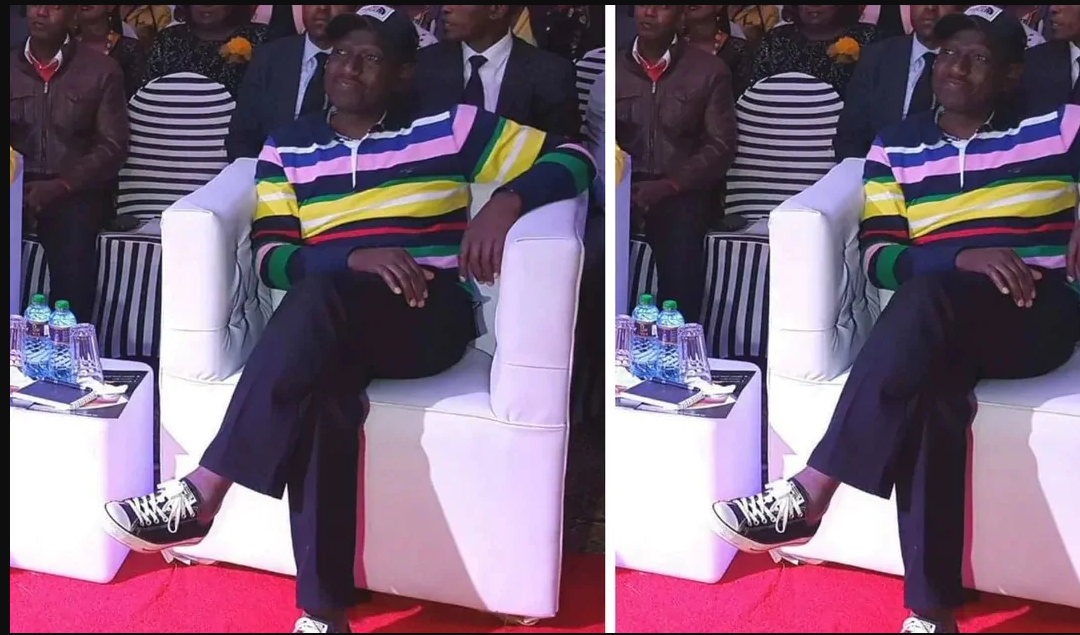 DP Ruto in a past photo without socks . Photo: William Ruto/Facebook