Gertrude Nekesa-Musila’s womb was removed in 2014 after doctors found out that fibroids occupied more than half of it.

For those who are unfamiliar with fibroids, they are muscular tumors that grow in the wall of the uterus (womb). Fibroids are almost always benign (not cancerous).

They can grow as a single tumor, or there can be many of them in the uterus. They can be as small as an apple seed or as big as a grapefruit. In unusual cases, like Gertrude’s, they can become very large.

Women who have fibroids are more likely to have problems during pregnancy and delivery – and Gertrude faced problems due to fibroids in May, 2004 when she conceived, but lost the pregnancy after suffering miscarriage.

Since then, the fibroids in her womb grew larger.

She was, early 2014, advised by her doctor to undergo myomectomy (surgery to remove fibroids while leaving the uterus intact in order to maintain fertility). However, her entire uterus had to be removed as fibroids had occupied nearly 70 percent of her womb.

The surgery was done on Gertrude, a resident of Ol Donyo Sabuk, at the Thika Level 5 Hospital in August, 2014.

She told eDaily’s Brian Okoth that for a moment she thought her life had come to a grinding halt.

“I knew my life was over. I wondered what my purpose as a woman was – as I could not carry a pregnancy henceforth,” said Gertrude.

Despite the heartbreaking time for Gertrude and her husband Patrick Musila, her partner avowed to fully support and stand with her. 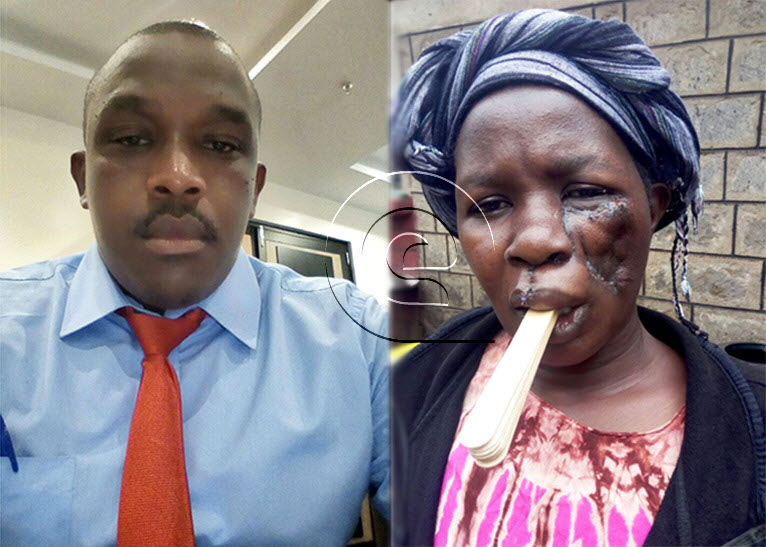 Despite losing her uterus, Gertrude Nekesa’s husband Patrick Musila avowed to fully support and stand with her PHOTO/EDAILY

“I have spent a lot of money on her treatment. I had to buy in large quantities iron-fortified foods and iron supplements as she had lost a lot of blood during the surgery. I was committed to seeing her smile, cheer up again. She needed me more. I promised to be there for her,” said Patrick.

The pair got married in 2004. They say they would adopt to fill the void created by childlessness.

“It is God that blesses couples with children. We accept our situation. We know God has many good plans for my wife and I,” said Patrick.

Gertrude says her in laws have been supportive. “They have never pressured my husband to leave me for another woman.”

She advises women who are faced with infertility problems to seek medical services and if it does not work out, they should resort to counseling instead of divorce and violence.

Gertrude Nekesa: I thought my life would end when my uterus was removed Patrick Musila