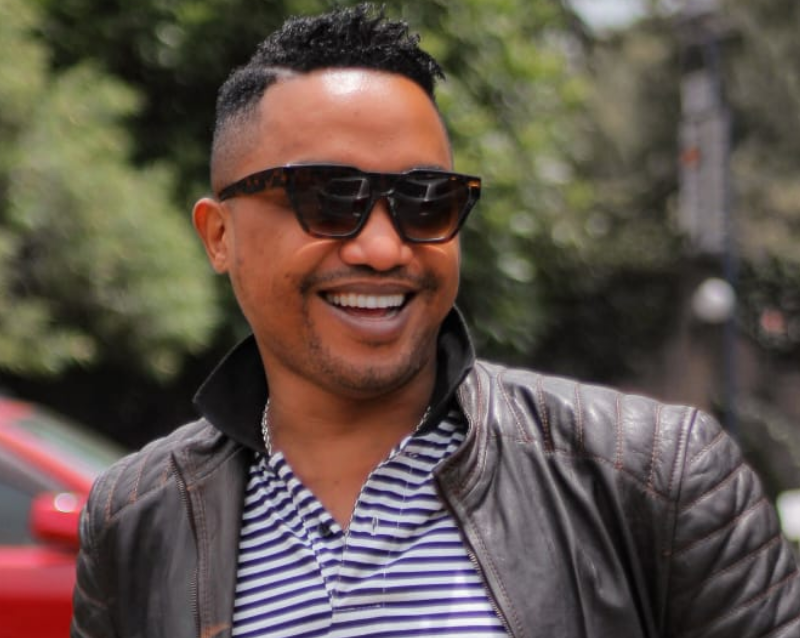 Tony Spengler – real name Tito Mutua – is a Kenyan-born top model who just got off a ten-year contract with an international agency that saw him grace runways in Paris, Berlin, Milan, U.S, Copenhagen, and Tokyo.

But long before the star even knew how to strut the runway, music was his first love. And you know what they say about first love? You can never ever truly forget them.

Let me take you back to where it all began so you can better understand this man.

Spengler was born in a deeply religious and musical family. His father was a military officer while his mother was a sales manager; but both were active members of the church choir where they would sing their voices hoarse.

So it was only natural that, during his early years, Spengler spent quite a bit of time around choirs, musical concerts and instruments in general.

In 2004, he enrolled for the first ever CocaCola Popstar search and emerged among the top ten finalists before he exited the competition.

Down but not out, he quickly joined the Kenya Performing Arts Group (KPAG); a Nairobi-based classical/contemporary dance musical group.

KPAG, with Spengler having transitioned to lead singer, traveled often times abroad for performances for which they would get paid a few coins here and there. In between, to supplement this income, Spengler also worked as a part-time model, before later – in 2005 – deciding to go back to college.

He enrolled at the Mombasa Polytechynic, now known as the Technical University of Mombasa, where he pursued a Diploma in Mass Communication and Journalism; all the while continuing to be an active member in the music and arts scene.

In 2007, he traveled to Europe to visit a family friend where, during a night out at a disco, he was identified by the owner of a modeling agency who – weeks later – signed him on a 10-year contract.

Spengler has traveled the world featuring in dozens of international magazines, runway shows as well as various international advertisements.

He is now fully back home where he has also featured in Stanchart bank and Imperial Leather adverts.

Spengler – who speaks English, German, and Kiswahili – has also decided to dip his toe back into his first love; music.

And he announced his arrival back into the industry a couple of weeks ago with the release of his club banger ‘For You’ which has since seen him embark on media tours across the country.

The track, which has so far garnered over 10,000 views on YouTube, has been fairly well-received, going by the positive comments on his channel.

The man, who also dabbles in real estate and small-scale farming, has vowed to give established Kenyan acts a run for their money.