A vicenarian who was born and bred in Mbiriri Village, Kieni East in Nyeri County stands tall in the world of academia.

Twenty eight-year-old Purity Ngina, the last born in a family of two siblings, was the youngest Doctor of Philosophy (PhD) graduate at the recent graduation ceremony at Strathmore University. 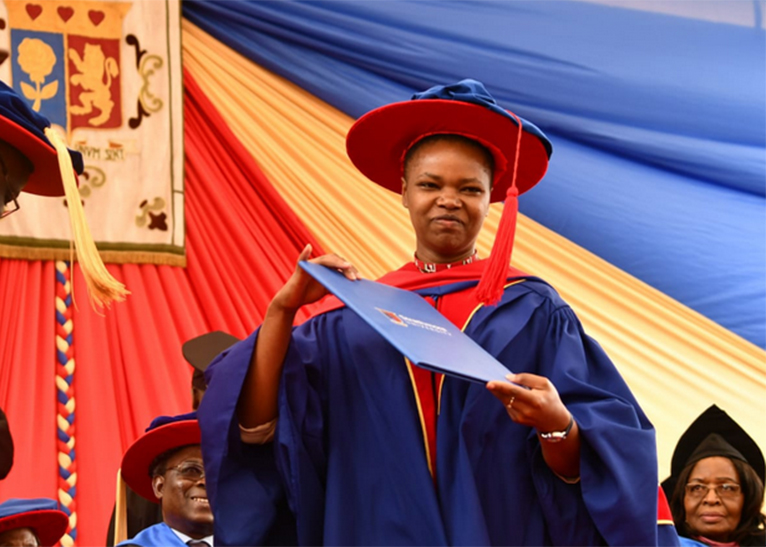 Purity Ngina graduated with a PhD in Biomathematics from Strathmore University on June 29, 2018. [PHOTO | EDAILY]

Dr. Ngina, who started her tertiary education aged 19, has overcome adversities to attain the highest education qualification while still in her twenties; something which only few people, very few, have achieved.

While still pursuing her PhD in Biomathematics in 2017, her mother passed on.

Despite the heartbreaking period, she soldiered on; and on June 29, 2018, she was awarded a PhD in Biomathematics from Strathmore University.

“My mother’s death broke my heart. She supported me throughout my studies; and I really wished she was there to see me graduate with a PhD. Nonetheless, even in absentia, I had vowed to make her proud. And I did exactly that,” said Dr. Ngina, who is currently a lecturer at Strathmore University. 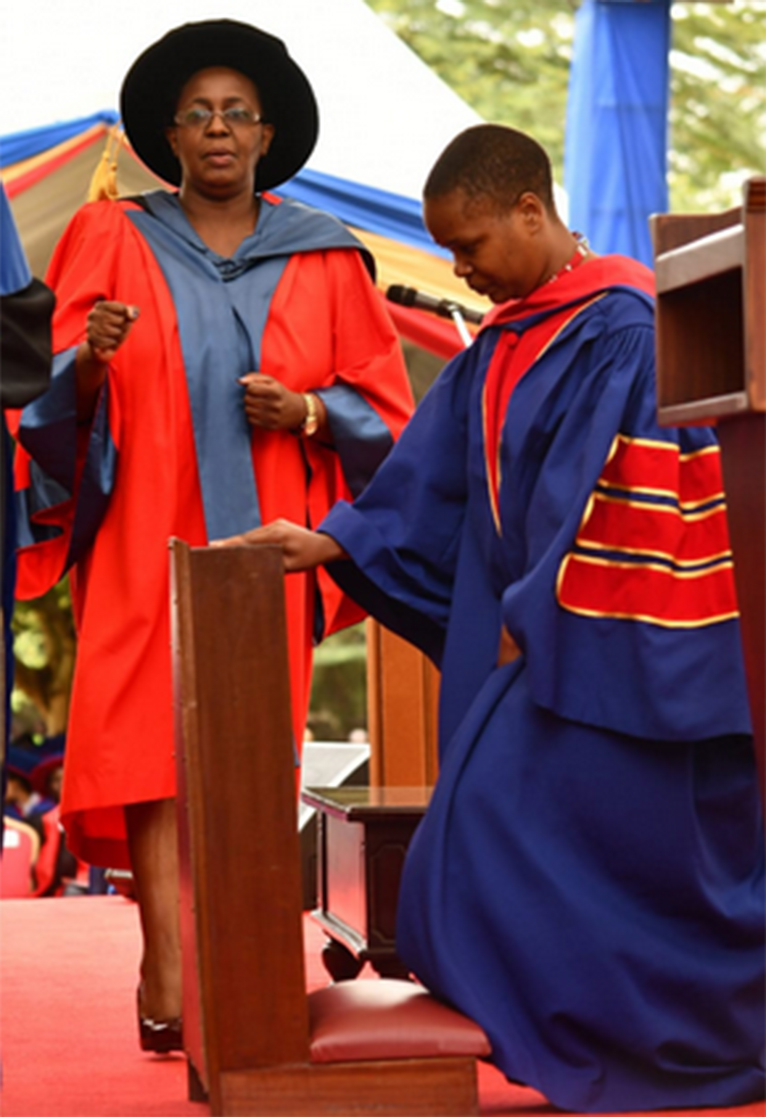 Dr Ngina says she wanted her PhD to be a gift to her late mother. [PHOTO | EDAILY]

At the age of 28, chances are high she is younger than most of her postgraduate students. How do they relate with her?

“They respect me. We joke when necessary; and when we bump into each other on the streets, we say hello. During lessons, they respect the lecturer-student relationship that binds us,” she says.

Besides Strathmore University, Dr. Ngina is an alumnus of Egerton University, where she pursued a Bachelor of Education Degree (Sciences: Mathematics and Chemistry) between 2009 and 2013. 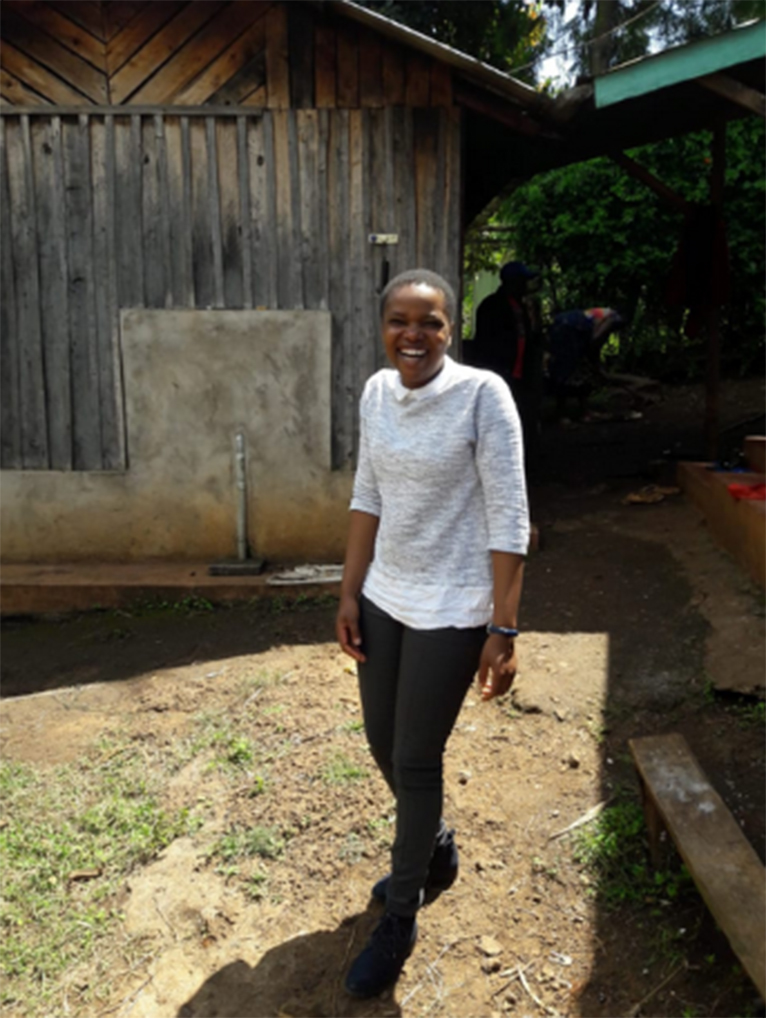 “I was awarded a scholarship after graduating with First Class Honors of 75 points. I accepted the offer, and pursued a Master’s Degree in Applied Mathematics at the same university [Egerton]. The Master’s programme ran between 2013 and 2015, when I graduated. I was 25 years old then,” she said.

“Interestingly, I published three papers during my Master’s programme.”

While pursuing her Master’s degree, Dr. Ngina was a tutorial fellow at Egerton University.

“I also did some part-time work at Jomo Kenyatta University of Agriculture and Technology (JKUAT), Nakuru campus,” she said.

Dr. Ngina, who is not yet married, says she enrolled for her PhD at the Strathmore University in 2016 after landing scholarships with the German Government and the National Research Fund.

“In the course of my PhD study, I went to Germany for six months, where I met professors in my educational field. I discussed my project with them. They guided me throughout the project,” she said.

“I tried to understand the role played by various ARV/ARTs/HAART to see how we can optimise the treatment regimes to yield maximum benefit,” she explained.

Interestingly, Ms Ngina scored 235 marks out of the possible 500 in her first stab at the Kenya Certificate of Primary Education (KCPE). Dr Ngina would repeat Class Eight a year later [2003] and score 369 marks. She, thereafter, joined Tumutumu Girls High School in Nyeri County, where she sat for her Kenya Certificate of Secondary Education (KCSE) in 2007 and scored a mean grade of B+ (Plus). 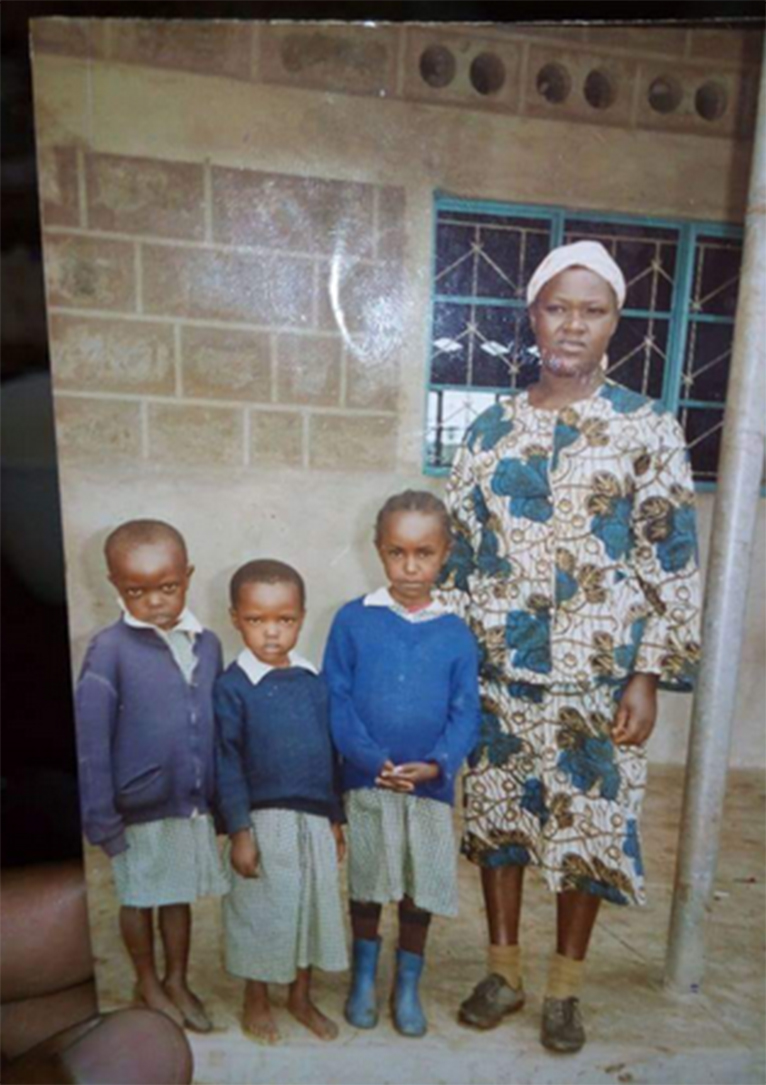 She was born and bred in Nyeri County. This picture was taken in 1994. Ms Ngina (second from left) with her classmates and mother. [PHOTO | EDAILY]

Her mantra is: “shatter the glass ceiling if you can; nothing is impossible; nothing should stop you.”

“Don’t let your background limit your vision; you are the key to the door you want to open. And success is never preserved for particular individuals. It is for those who chose and do the normal things in an outstanding way. We all have the potential to be a better version of ourselves,” she says.

At only 28 years Purity Ngina is a PhD holder