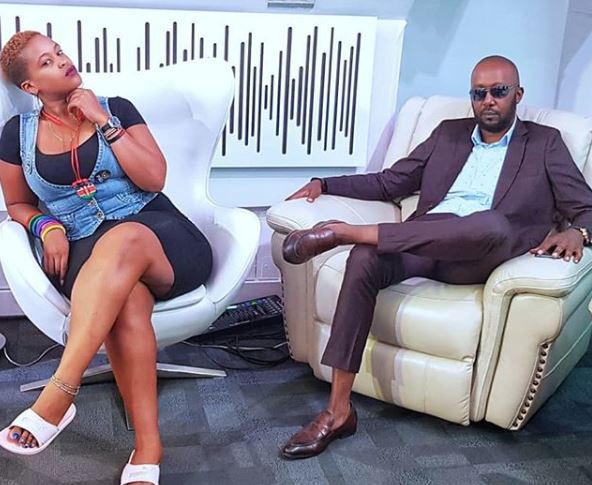 This comes after the two vocal radio personalities and their former employer agreed to bury the hatchet and go their separate ways.

A source that spoke to EDAILY said an out-of-court settlement was arrived at, allowing Kibe and Kamene to take up their new employment.

According to the source, Kibe and Kamene as well as the NRG Radio management engaged in a closed-door meeting in which a “gentleman’s agreement” was reached.

“They are going on air on Monday from 6am to 10am,” said the source.

NRG Radio previously dragged the duo to court over a breach of their non-compete and for leaving without serving the correct notice period.

“They woke up one day and told management that they were leaving,” said the source. “They informed the company of their leaving on a Tuesday and left three days later. Their notice was supposed to be one month.”

“The non-compete details that the two would have spent sometime off-air to give the station some time to reorganise their strategy and look for replacements,” the source added.

Kibe and Kamene were set to formally begin working at Kiss FM on Monday July 1, 2019.

However, a Nairobi court had previously temporarily barred them from taking up their new employment pending hearing and determination of the case.