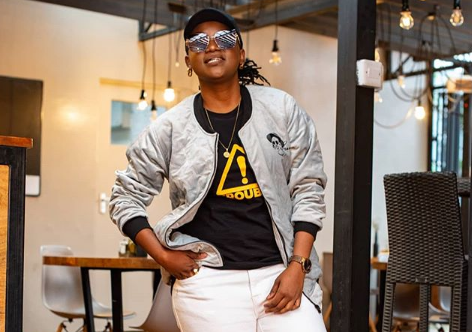 Kenyan singer/rapper Fena Gitu has hit out at fellow artists for not showing support towards each other’s musical careers.

Fena on October 13 held a listening party for her ‘Unleashed’ album at The Alchemist bar in Westlands backed by The Dynamiques Band, DJ Jo Kisila and MC Kwambox.

However, according to the ‘Steam’ hitmaker, only 4 Kenyan artists showed up to support her during the gig.

Taking to Twitter in a brief rant, Fena further added that there were only “a handful” of Kenyan artists at music trio Elani’s ‘Colours of Love’ album listening party held at J’s bar in Westlands on Wednesday.

The songstress was recently nominated for ‘Best Female East Africa’ in the 2019 AFRIMMA Awards but lost out to fellow countrywoman Akothee.

There were like 4 artists (one who is my best friend so it doesn't count) at my listening party, and a handful last night @elanimuziki's listening party.