A Makerere University student, whose picture went viral on internet after it appeared to reveal private parts of her body, is to face disciplinary action, Uganda’s New Vision reports.

The picture in question appears to show a woman presumably of a one Rebecca Naddamba wearing a threaded dress that reveals her lower body. The maroon skirt matches her equally ‘scanty’ top.

Ms Nadumba’s dress code angered the university administration, which on Tuesday, May 30, summoned the Bachelor of Education student to face disciplinary action.

“It is alleged that the picture last Friday (May 27) in the social media in red and red robe-like skirt, but cut into many strips that exposed part of nakedness, was your picture…. The purpose of this letter is therefore to request you to show cause why you should not be presented to the University Student Union disciplinary committee for breach of regulation,” the letter addressed to Naddamba read.

The action has, however, drawn condemnation from social media with many people interpreting the move as a scheme to limit personal freedoms at the academic institution.

“Is the university supposed to now guide us on how to dress?” wondered Kalema Ken Josel, “I think Mak has now run out of things to do.”

Another person called Constantine Wandera wrote: “I wish the university reacts quickly to more burning issues rather than wasting time on small stuff. If it was a university function I believe there were university officials or lectures why didn’t they kick her out?”

Others, however, felt the student went overboard in her dressing. 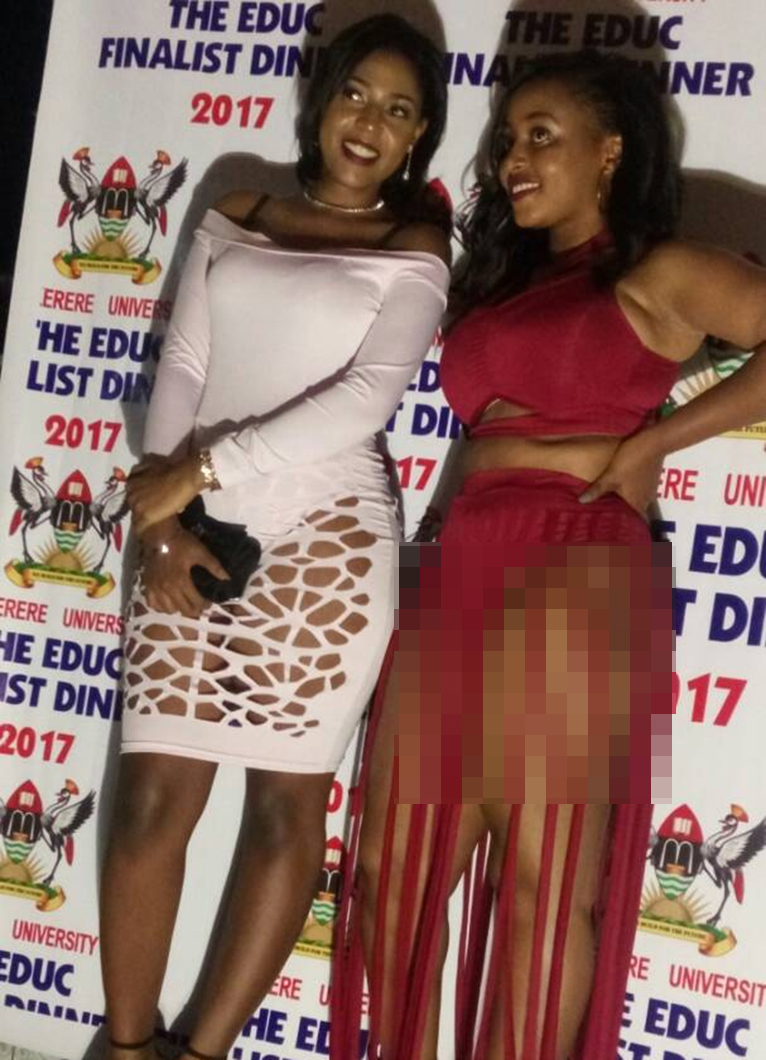