On Friday, September 7 Facebook pages were awash with claims that the husband of a middle-aged woman from Kayole was killed by the woman’s alleged lover.

It is alleged that the woman’s husband of nearly ten years, Dickson Samba, had busted his wife, Susan Nyawaga, allegedly having sexual relations with her secret lover, and, as a result, a fight ensued, which led to the death of Mr Samba.

The incident happened at the matrimonial home of Mr Samba, an electrical engineer, and Ms Nyawaga in Kayole. 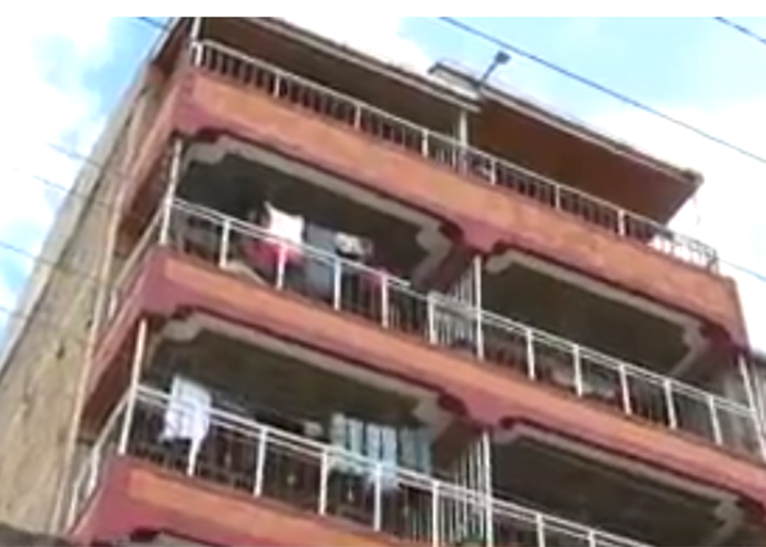 Mr Samba met his death at a flat in Kayole, Nairobi. [PHOTO | EDAILY]

Mr Samba, 32, sustained grave head and neck injuries, according to a neighbour, who spoke to EDAILY. 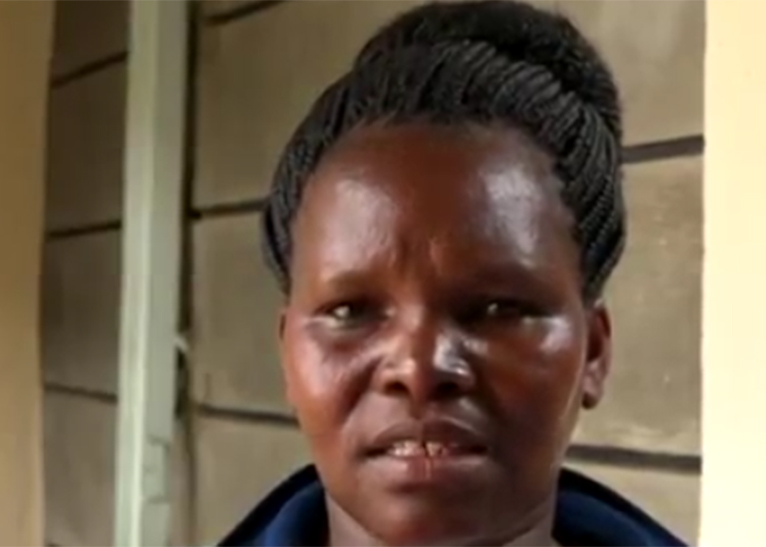 Photos posted to Facebook show a motionless and unconscious Mr Samba bleeding profusely from a cracked skull. Police have launched investigations into his death.

Ms Nyawaga, who continues to be linked to the death of her husband, has since come out to refute claims that a push-and-pull between her alleged lover and husband resulted in the fatality.

She took to Facebook on Friday, September 7, at 12:24 pm and 2:08pm, in separate posts, to reveal that she was expecting Mr Samba’s baby, and, as a result, there was no way she’d kill him.

“Even if I was so cold-blooded, how could I kill a man, whom I was expecting his baby? Stop baseless propaganda. Let this message reach my haters. Shine your way, Dickson Samba,” Ms Nyawaga wrote on Facebook at 2:08pm.

In an earlier Facebook post, Ms Nyawaga absolved herself from claims that she’d participated in the killing of Mr Samba.

“What happened to Dickson? Only God and him know whether Dickson was pushed to his death; the truth will always reveal itself. Let God handle this battle. Dickson Samba, if you were truly pushed to your death, don’t rest in peace, but avenge it,” said Ms Nyawaga at 12:24pm on September 7.

Police are yet to make any arrests in connection to the Kayole man’s death. Ms Nyawaga is also yet to be interrogated over Dickson’s death. 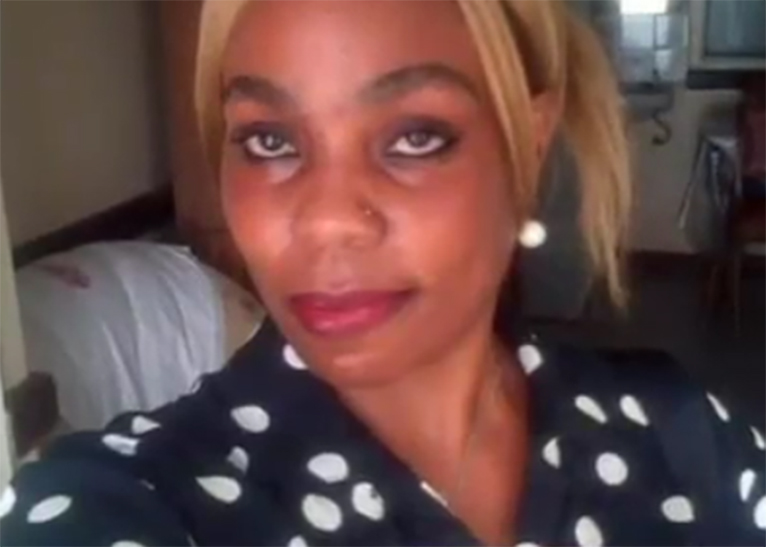 Police are yet to interrogate Susan Nyawaga over Dickson Samba’s death. [PHOTO | EDAILY]

Mr Samba’s family believe a love triangle centred around his wife led to the killing.

A spot-check at his Kayole home shows signs that there was a serious scuffle before the confrontations ended tragically. 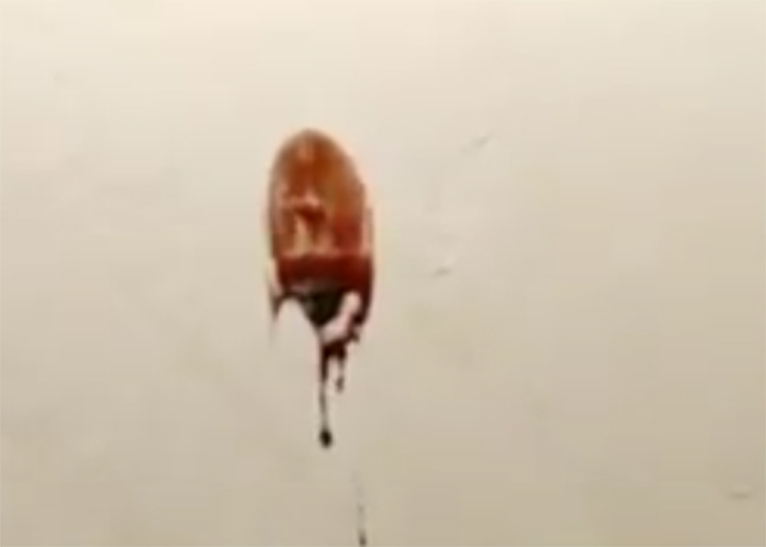 Blood was splattered on the walls of Samba and Nyawaga’s matrimonial home on September 7. [PHOTO | EDAILY] 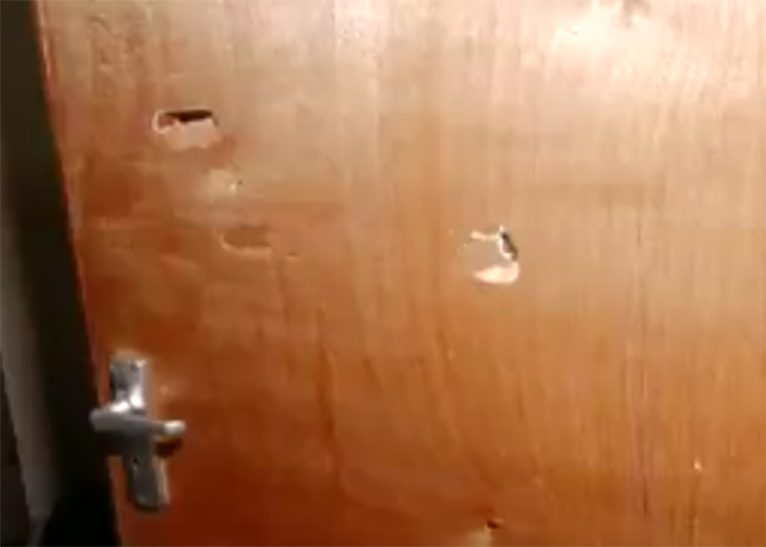 Blood splattered on walls of the house, window panes broken and the bedroom door dented, fully evidenced a night of horror that characterised the alleged scuffle.

According to Mr Samba’s neighbour, the incident happened in the wee hours of Friday.

“At 3:33am, I had a loud bang of something that had hit the rails. When I pushed the curtains aside to look through the door, I saw a man hanging on the rails. I could not see his face, but only his body,” said Mr Samba’s neighbour.

The neighbour paints an image of a couple, whose marriage was scarred with fights, mistrust and occasional break-ups.

“They [Samba and Nyawaga] were constantly wrangling. I, at one point, played a mediatory role in their conflict. I asked Susan to cease being dramatic; she would leave her matrimonial home, then come back, leave again, come back, and the cycle would continue. I told her that a wife fights for her marriage and builds a home peacefully,” said Mr Samba’s neighbour.

Mr Samba’s father says he wishes justice prevails, and those responsible for the death of her son be brought to book as soon as possible. 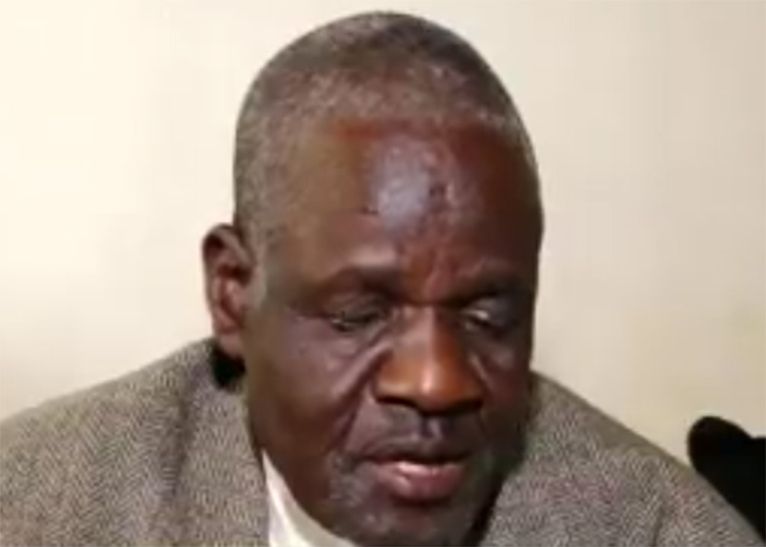 Mr Samba’s father eulogised him as a “ever happy” person. [PHOTO | EDAILY]

He eulogised his son as an “always happy” person.

“He was a very bright boy; very smart. He was ever-smiling. He was my second-born son,” said the distressed dad.