However, key among his reasons for unannounced visit, is to learn about the mobile money transfer technology.

“Just landed in Nairobi! I’m here to meet with entrepreneurs and developers, and to learn about mobile money – where Kenya is the world leader,” wrote Zuckerberg on Facebook Thursday, September 1.

“I’m starting at a place called iHub, where entrepreneurs can build and prototype their ideas. Two of the engineers I met – Fausto and Mark – designed a system to help people use mobile payments to buy small amounts of cooking gas, which is a lot safer and better for the environment than charcoal or kerosene. It’s inspiring to see how engineers here are using mobile money to build businesses and help their community,” added Zuckerberg.

The internet entrepreneur had lunch at Mama Oliech food joint, where he ate rech (Dholuo term for fish), ugali and greens. 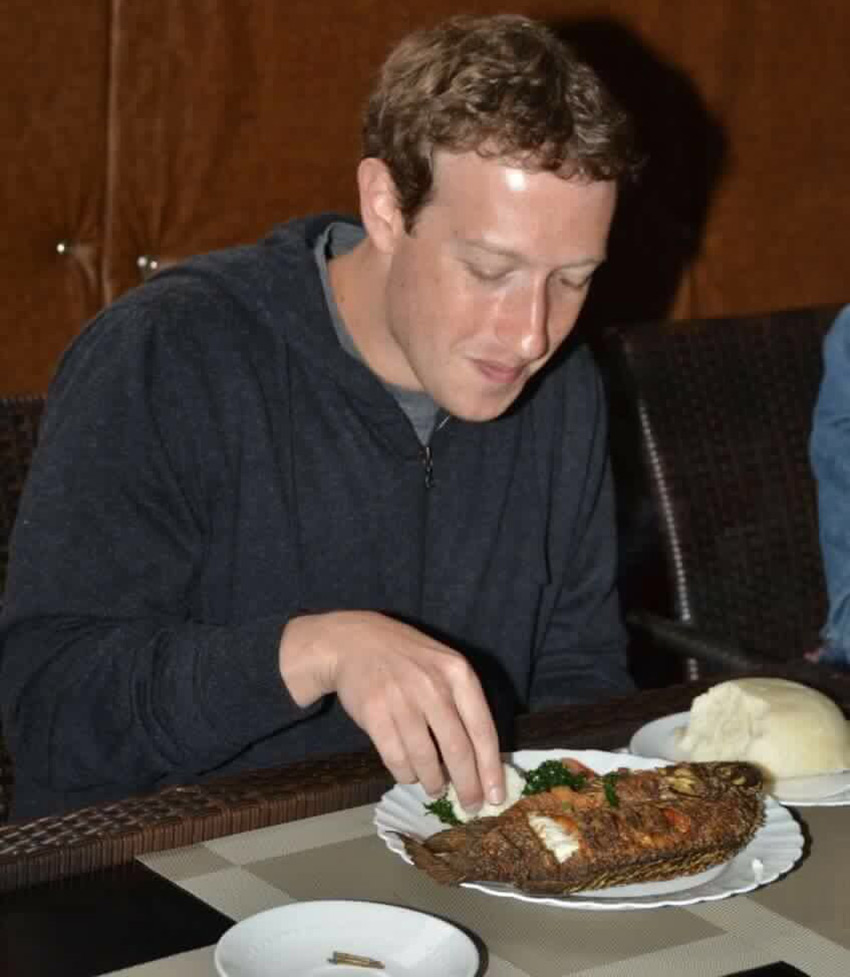 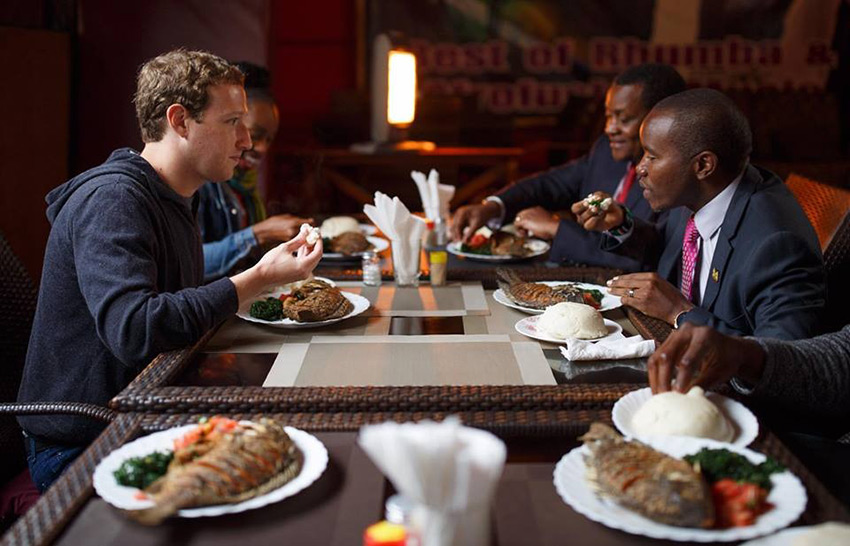 Mr Zuckerberg, who began his first Sub-Saharan visit to Africa in Nigeria two days ago, said the “future of the world” will be built on the African continent.

“The thing that is striking (about Africa) is the entrepreneurial energy. I think when you are trying to build something, what matters the most is who wants it the most. This is where the future is going to be built,” Zuckerberg said from Lagos.

He said that once the world woke up to the entrepreneurial energy coming from Africa, the continent would begin to change the world.

“You feel that here, as soon as you get off the plane and start talking to people, you feel that passion and entrepreneurial energy,” Zuckerberg added.

His surprise visit to Nigeria, Facebook’s largest African market with over 18 million users, was to learn more about the country with a focus around entrepreneurship and web development.

“If you want to connect everyone in the world then making sure everyone has access to the internet is a really important thing,” he said.

During his discussion with Nigerian media, Zuckerberg made mention of Facebook’s key projects aimed at connecting developing communities to the internet.

The stint of his stay in Kenya remains unknown.