Celebrated drummer of top boy band Sauti Sol, Delvin Mudigi, was admitted at The Nairobi Women’s Hospital on Tuesday night following a fracture on his leg. Delvin explained that the fracture occurred when he was doing team building with his friends in Karen. 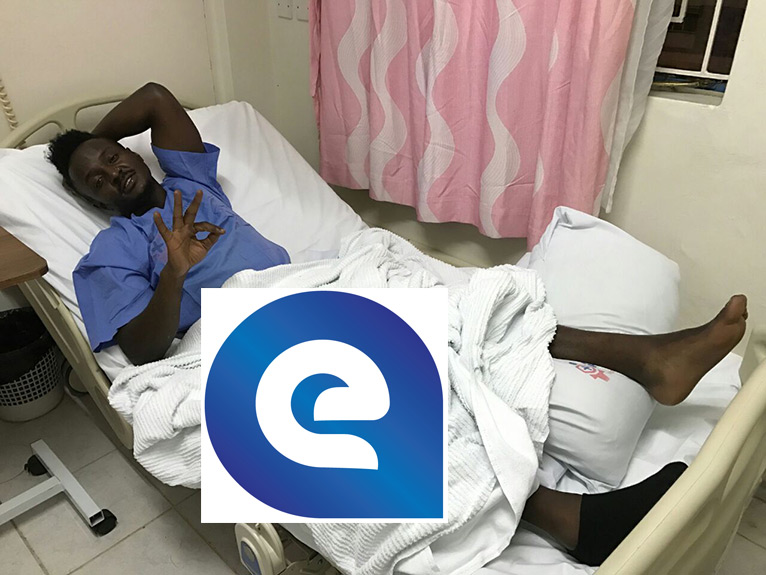 “We were playing outdoor games such as rock climbing and paintball and during that time, I seem to have landed on my leg. I thought it was a sprain and as we left Karen, the leg was swollen. At that time we were on Ng’ong road and decided to get visit the nearest hospital for an X-ray. The results revealed that it was a fracture. The hospital staff members have treated me very well.  And as I prepare for theatre, I ask my fans to include me in their prayers,” Delvin told eDaily.

Delvin is scheduled to undergo an operation on his leg mid morning Wednesday.