The matatu business has proven over the years to be very lucrative and has thus attracted rough competition, with matatu owners pushing the envelope to remain among the most appealing players in the matatu business. This is in an industry where the wilder a matatu looks, the more it attracts the youth, especially college-going students.

Ahead of the Nganya Awards slated for Saturday, December 3, at the Kenyatta International Convention Centre (KICC) in Nairobi eDaily highlights unique features of some of the hottest matatus operating in the capital. 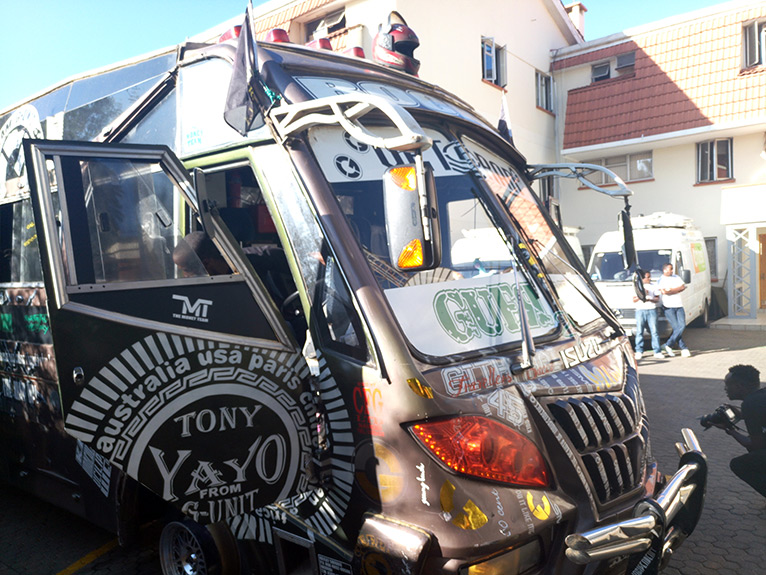 This pimped-out matatu plies Githurai–Nairobi CBD route (45). G-Unit, a complementary of The Money Team (TMT), is sure a beast to contend with on the road.

The 51-seater bus has a grey paint job – to complement its Guerrilla reputation. Powered up by four batteries, the ‘recreational’ bus boasts of on-board Wi-Fi, 22 LCD screens and two radio systems.

One radio system is used to entertain passengers aboard, while the other entertains and attracts potential customers – with screens engraved on at least two passenger windows.

Its four rims cost KSh48, 000 according to the matatu driver namely Thomas Ngure. 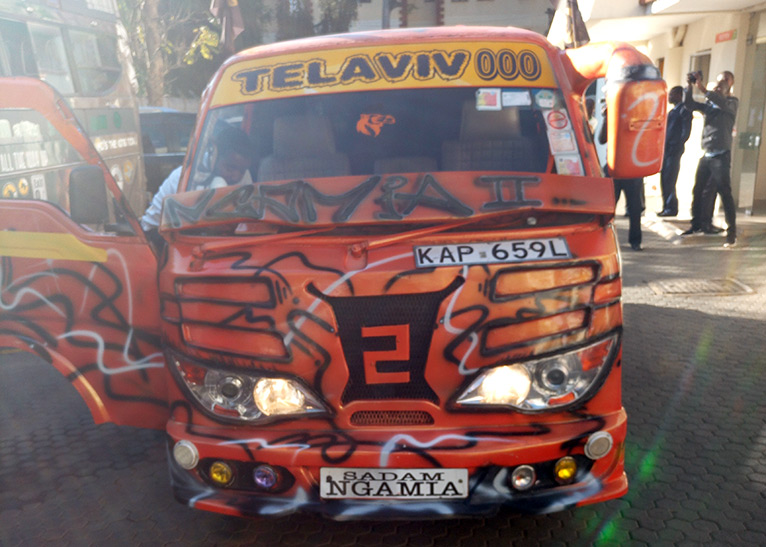 Don’t be fooled by the name, Ngamia 2 is a 14-seater matatu that plies South C–Nairobi CBD route.

Orange in colour, a road freak, complete with customised wheels and even its own batch of returning customers, Ngamia 2 is part of highly-recognised Tel Aviv Sacco.

Its design work was inspired by Mohamed Ali of Moha Graffix – the genius behind many outstanding Nganyas in Nairobi.

Ngamia 2 prides itself on fine features comprising five screens, a radio system, deep bass speakers and customised rear wheels and a suspension to give you that extra push that you so much need.

Ngamia 2 driver namely Saddam says that the matatu operates from 6am to 10pm every day.

He divulges that juicing the ride cost nearly KSh600, 000. 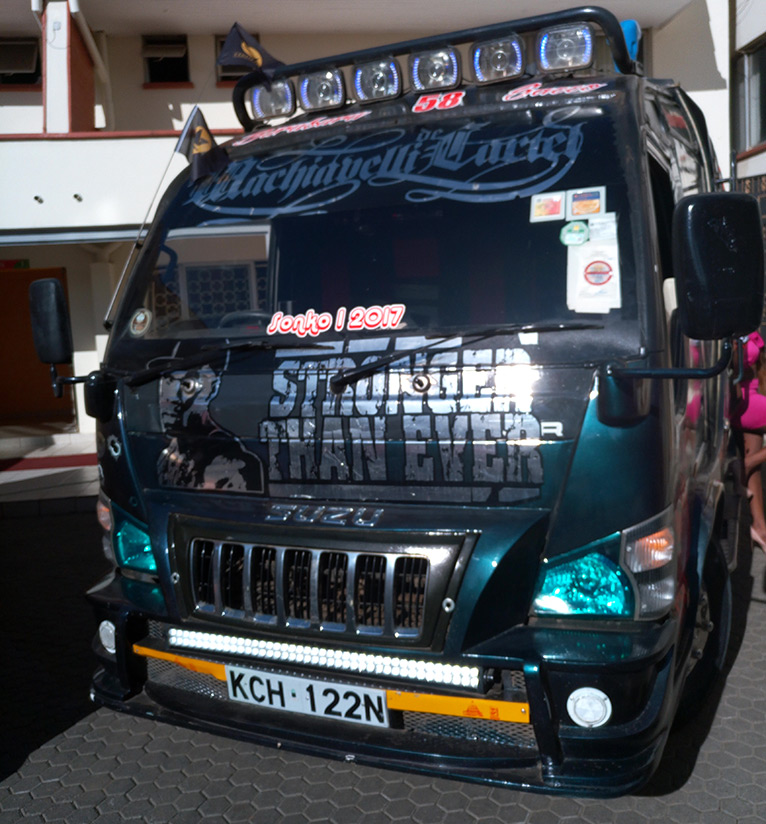 Also part of the G-Unit crew, the Machiavelli – which plies Buruburu–Nairobi CBD route –, offers its loyal customers a VIP lounge, complete with an air conditioner.

It has what the driver calls ‘3-D stickers’ on the interior, with six medium-sized screens.

Shiny grey with deep blue flares, the Machiavelli operates from 5am to 10pm, with its customers so used to meeting in the matatu that they know each other by name!

The Machiavelli was pimped at an estimated KSh800, 000. 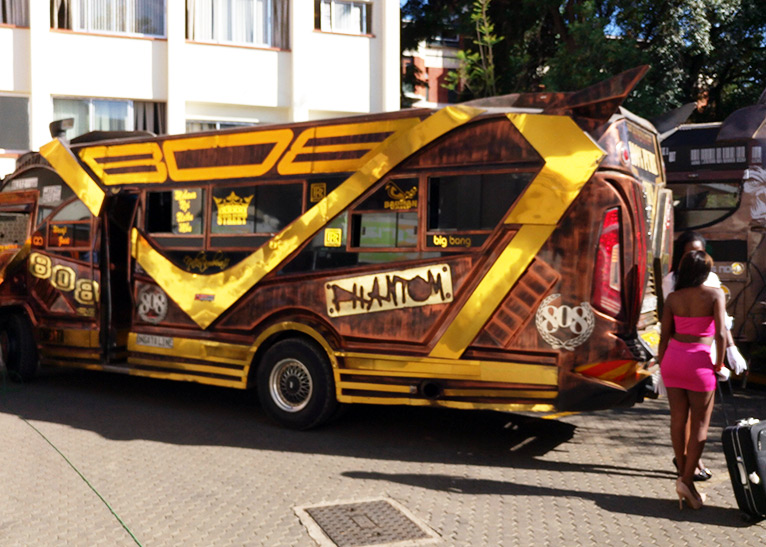 It also has customised seats made from denim material, Wi-Fi on board and an air conditioner that serves all passengers on board.

Phantom also takes the cake for having tablets in the seats where its clients can comfortably browse the internet – though a few passengers have turned rowdy and stolen the tablets, says Phantom driver namely Branden.

Phantom, which operates from 5am to 10pm, has its batch of loyal customers.

Besides, it awards its loyal customers a free ride every now and then – with the luckier ones getting customised hoodies and T-shirts.

Branden revealed that it cost the owner KSh2.7 million to spice it up to the admirable standards.