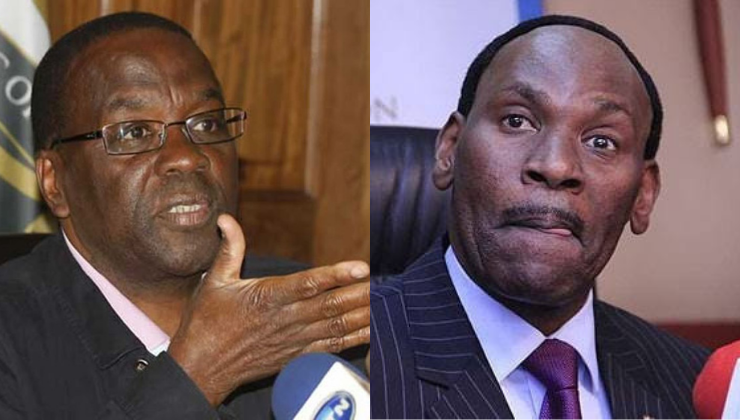 Former Chief Justice Willy Mutunga has slammed Kenya Films Classification Board boss Ezekiel Mutua for restricting the playing of popular hits Wamlambez and Tetema to bars and clubs only.

In a tweet shared on his Twitter account on Tuesday, Mutua described the two songs as “pure pornography,” saying the lyrics are “dirty and not suitable for public consumption.”

“Tetema and Wamlambez songs are strictly forbidden outside of clubs and bars. It’s embarrassing to see even national leaders singing and dancing to the obscenity in public. The lyrics are dirty and not suitable for public consumption, especially children,” Mutua had tweeted.

Wamlambez, the local hit song by Miracle Boy, Shalkido, Masilver, Lexxy Yung and Qoqosjuma who form the group Sailers has been a national sensation since its release in April, racking up over 3.8 million views on YouTube.

Tetema, the mega hit by Tanzanian bongo stars Rayvanny and Diamond Platinumz has been a smash hit with over 27 million YouTube views and massive radio airplay.

“While we may not ban them because they are coded, it’s important for the public to know that they are dirty and unsuitable for mixed company,” added the KFCB CEO.

“Let them be restricted to clubs, for adults only!”