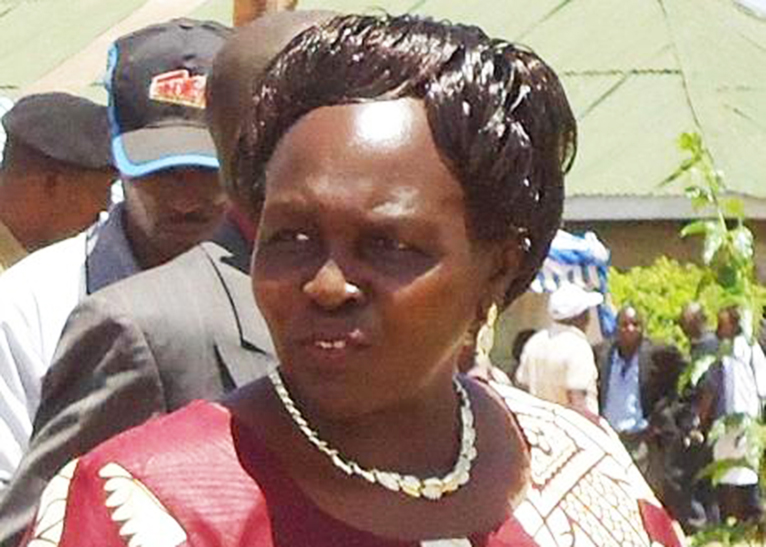 Prof. Kamar, who was employed as a translator by Biwott’s first wife, Hannie Biwott, said she was actually the ex-minster’s wife [PHOTO | COURTESY]

Speaking during a funeral service at Biwott Day Secondary school in Keiyo South, Elgeyo Marakwet on Wednesday, July 19, Prof. Kamar, who was employed as a translator by Biwott’s first wife, Hannie Biwott, said she was actually his wife.

Hannie had requested family members to introduce themselves at the funeral service, when Prof. Kamar made the revelation.

“I think we have put this to rest. You’ve known nothing but the whole truth,” she said.

Prof. Kamar, who was scheduled to speak last, thanked Hannie for taking care of Biwott since the days he was a student in Australia.

Prof. Kamar said she and Biwott were blessed with a daughter namely Maria Soti Biwott.

Prof. Kamar had named Biwott as her husband on her CV and online pages but she had never been seen in public with the former Moi era powerful minister.

Prof. Kamar, 58, served as Minister for Higher Education, Science and Technology between August 2011 and 4th March 2013.

Biwott’s second wife, Kalista Lessie, who is a Tanzanian national, introduced herself as a Nairobi-based businesswoman.

Nicholas Biwott, who died on July 11 aged 77, will be laid to rest at his ancestral home in Keiyo, Elgeyo Marakwet County on Thursday, July 20.

Ex-Cabinet minister: I was not Biwott’s mistress Margaret Kamar news