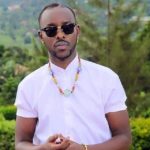 Sitya Loss hit-maker Eddy Kenzo has refused to accept his loss at the 2016 MTV Africa Music Awards (MAMAs), where he was nominated along four others for the Best Live Act award.

Kenzo, who pitted against Stonebwoy (Ghana), Cassper Nyovest (South Africa), Flavour (Nigeria) and Mafikizolo (South Africa), says he should have won the award because he allegedly had the most votes.

“I was the most voted in my category. When you click on #Bestliveact you can see the results: Stonebwoy was 2nd Flavour 3rd Cassper 4th,” read his social media rant.

Kenzo hinted that he might have been snubbed for the award because he is a brand ambassador for Airtel – a brand which is competes with one of the top sponsors: MTN.

“I’m an Airtel ambassador. MTN is the main sponsor for MAMAs and the winner in my category is an MTN ambassador South Africa…” read his post further.

Kenzo went on to argue that he should have been the rightful winner, saying: “I have performed in over 35 countries, 10 of them full stadium; what else?”

Some fans backed Kenzo’s claims, while other social media users dismissed them as sour grapes.