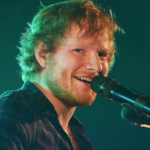 Ed Sheeran pop singer-songwriter, on Monday, shared a picture of his arm wrapped in a cast and explaining to his fans that he was involved in a bicycle accident.

“I’ve had a bit of a bicycle accident and I’m currently waiting on some medical advice, which may affect some of my upcoming shows,” the 26-year-old singer captioned the Instagram photo. “Please stay tuned for further news. Ed x”

The “Shape of You” singer is currently on a global tour and is releasing 2018 dates for an extended leg. It is currently unclear which (if any) tour dates will be affected due to his injury although; it would certainly be difficult to play an instrument with a broken arm.

The concert series kicks off November 28 and runs until December 17 although, Sheeran is scheduled to perform only at the December 1 and December 8 shows.

Hopefully, Sheeran will be returning to the stage soon. He has already had several memorable performances throughout his tour.