Former Presidential aspirant Nazlin Umar is in the process of suing her ex-lover and leader of majority in parliament, Aden Duale.

In a wordy post on social media, an emotional Nazlin says Duale has refused to address their tumultuous love affair and left her at the mercies of the Internet trolls.

In late 2017 a leaked conversation between Duale and Nazlin lit the interwebs and in it, we came to know the two were an item. At some point. 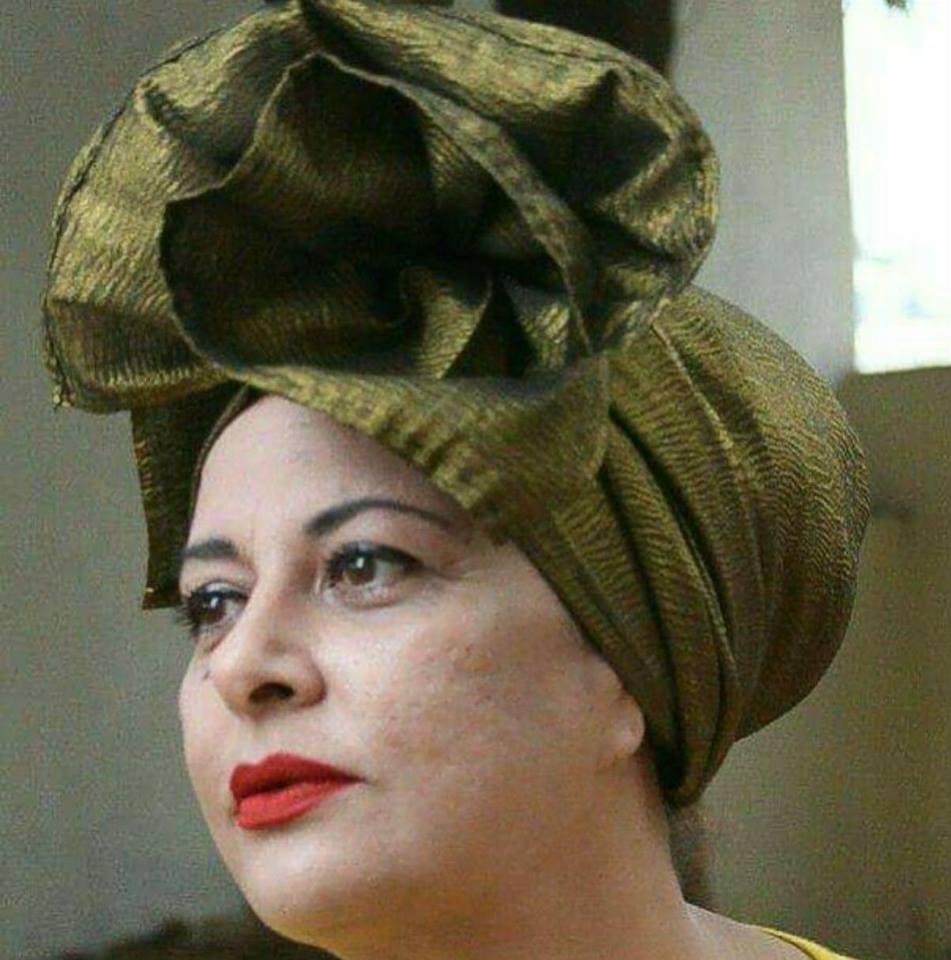 Ms Umar later claimed that she broke up with the fiery politician over issues that she is yet to reveal.

And now, the ghosts of the past seem to have been awoken by Aden Duale’s recent Election victory in Court

Tired of the hounding, the name-calling and the harassment that she claims to have endured in the name of the firebrand Jubilee lawmaker, Ms Nazlin Umar has now broken the silence and vowed to settle the matter once and for all – In front of a Judge and even before Allah.

Umar has also used heavy imagery to describe her former flame who she describes as worse than a ‘two-faced’ snake. 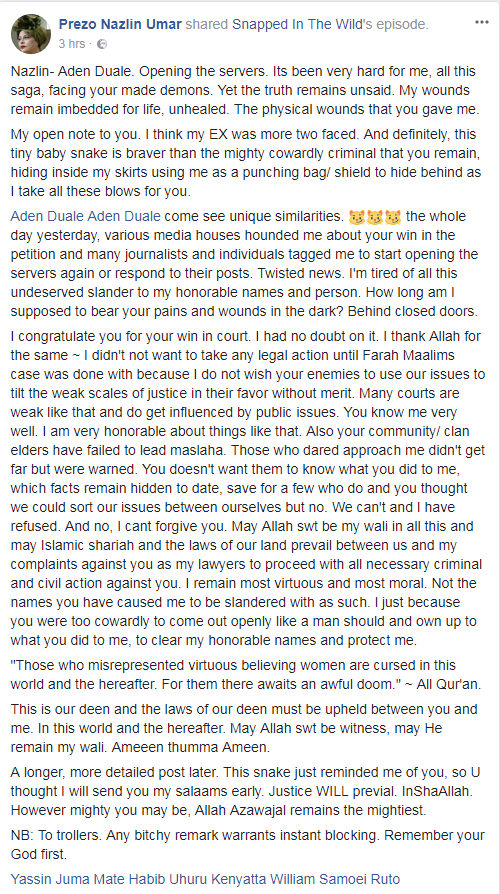 A snippet of the conversation that the controversial Nazlin Umar posted online. Photo: Nazlin Umar/Facebook

Calling him a ‘mighty cowardly criminal’, Ms Umar went ahead to share some hitherto hidden info regarding the politician who she accuses of ‘hiding inside her skirts (and) using her as a punching bag/ shield’ as she took the bullet for him.

Ms Umar does not paint a clearer picture of the genesis of her and Duale’s duel. And neither does she expressly point out his seemingly unforgivable crimes.

And in a Facebook philippic that quoted Islam’s Holy Book not less than six times, Ms Umar fumes and rages on, promising to double down on the attacks in yet a fresh post and reminding Mr Duale that , indeed, he is a snake – With an attached video for clearer reference.

And as for those with a penchant for snide remarks and lewd comments, Ms Umar vows to hit the delete button before you can say ‘Duale’.