Nicah the Queen, a gospel artiste famed for the hit single Pagawisha, could not hide her joy as she posted a photo of her engagement ring on her social media pages.

Also Read: #WCW: I got pregnant at 16, but God saw me through–Dr Ofweneke’s girlfriend, Nicah 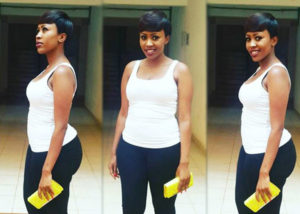 “He popped the question this morning. I’m speechless what!” She posted on her Instagram three days ago. 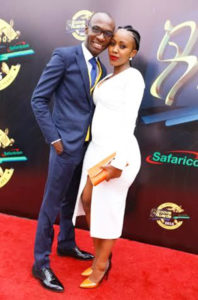 The two have been living together and are blessed with a daughter.

“Yes marriage works,” Nicah – the first born in a family of four – says.

The two met at a function in Nairobi several years back – where Dr Ofweneke was the emcee – they became friends, and later lovers.

Veronica and her siblings were raised in Eldoret by a single father after her mother fled the family home when she was barely 10-years-old.

Her mum’s departure left a gap, which she, as the firstborn, struggled to fill.

“I had to assume motherly duties and I did all house chores at the age of 9. I remember there’s a time I cooked porridge instead of ugali, and my dad ate the meal with so much love,” the singer told Citizen Digital in November last year.