Kajiado County Senator Peter Ole Mositet is blaming Deputy President William for his loss in the Jubilee Party primaries that saw him trail his key competitor in the race for Kajiado Senate seat by nearly 10, 000 votes. 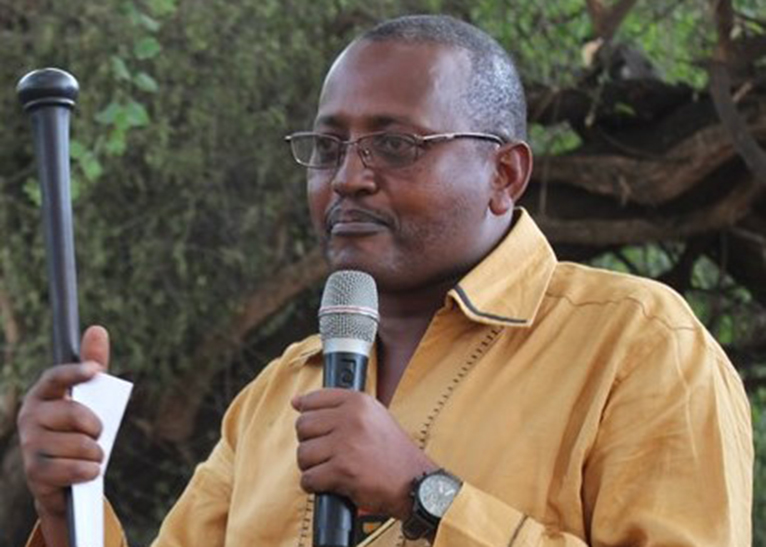 The Kajiado Senator now suspects foul play by Office of the Deputy President, saying William Ruto meddled in the Kajiado primaries to favour his opponent, Mr Mpayeei, who is a political newcomer.

Mr Mositet said provisional results were showing that he was leading in many polling stations, but when the results were officially announced by the county returning officer, the figures were far from what was being relayed live. As at 10.30am on Wednesday, April 26, Mr Mositet, who was battling it out with Mr Mpayeei, Daniel Letomir and Caroline Chege, was ahead of the pack.

“I blame Deputy President William for messing up with Kajiado Jubilee primaries, which lead to me losing in the Party nominations. I want to tell him that he won’t handpick a leader on behalf of the constituents. The primaries were completely unfair,” said Mr Mositet.

The Kajiado Senator said his efforts to obtain final results from polling station bosses for verification, were futile, leading to his frustrations which he says could push him out of Jubilee Party.

Mr Mositet said: “If DP Ruto won’t stop meddling in the Kajiado politics, then I won’t hesitate to galvanize members of the Maa community against his 2022 presidential bid.”

Mr Mositet said despite losing in the Jubilee primaries, his name will be on the ballot on August 8 in the race for Kajiado Senator; adding he is still considering the party that he will run on.