Deputy President William Ruto has deleted a tweet in which he called out those linking him to corruption.

The DP referred to speculations linking him to graft in Government as ‘injili ya shetani’ [The devil’s narrative].

This comes just a day after an Ipsos survey suggested that 33 per cent of sampled Kenyans think the deputy president is among the most corrupt leaders in Kenya.

Besides taking a swipe at the research company, Mr Ruto faulted the proponents of a school of thought that Kenya’s political landscape is dominated by prominent dynasties that shape who becomes, or fails to become, Kenya’s Head of State. 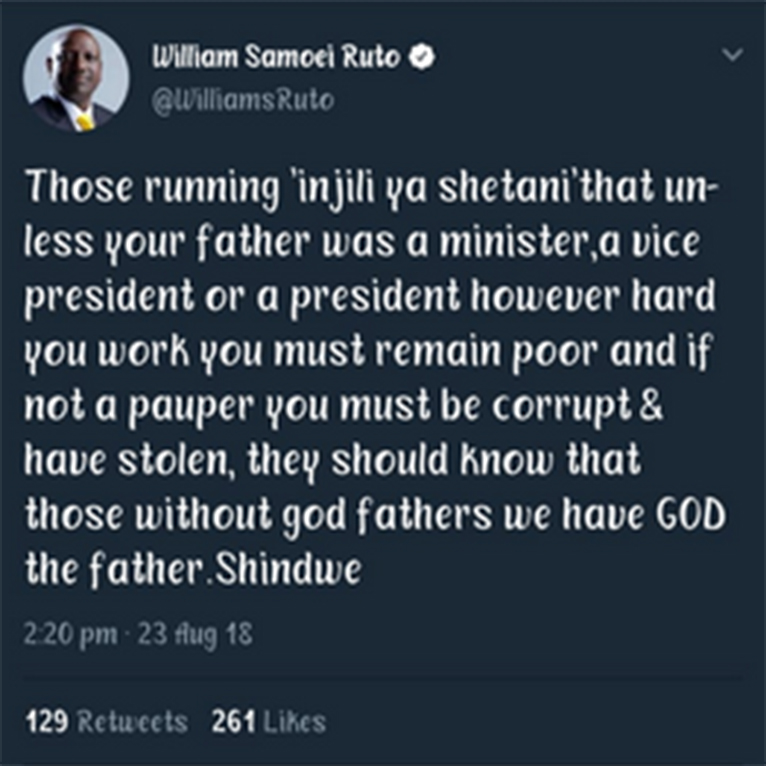 “Those running ‘injili ya shetani’ that unless your father was a minister, a vice president or a president, however hard you work, you must remain poor; and if not a pauper, you must be corrupt and have stolen, they should know that those without godfathers [like us], have God the Father. Shindwe,” he tweeted Thursday afternoon before pulling down the post.

The DP’s tweet attracted flak to his timeline, with a section of online users accusing him of using a language which demeans the office he holds.