Online shop Jumia has clapped back at a Twitter user who accused the firm of delivering goods which are not exactly the same as what a customer ordered.

Victor Mochere tweeted a picture grid of Rick Ross, which had been captioned: “What you order from Jumia vs. What they deliver”. Mr Mochere made reference to an archived picture of the B.M.F. star and an image, which was taken at the Jomo Kenyatta International Airport (JKIA), when he landed in Kenya early Friday (April 27).

Kenyans on social media failed to recognise Rick Ross, from the pictures, when he touched down. A section of the online users even went ahead to claim that a replica of Rick Ross was the one who came for the Saturday (April 28) concert at Carnivore Grounds in Nairobi, and not the “real” Rick Ross.

“Aye Jumia, do you even inspect and verify the merchandise before delivering?” posed Mr Mochere. 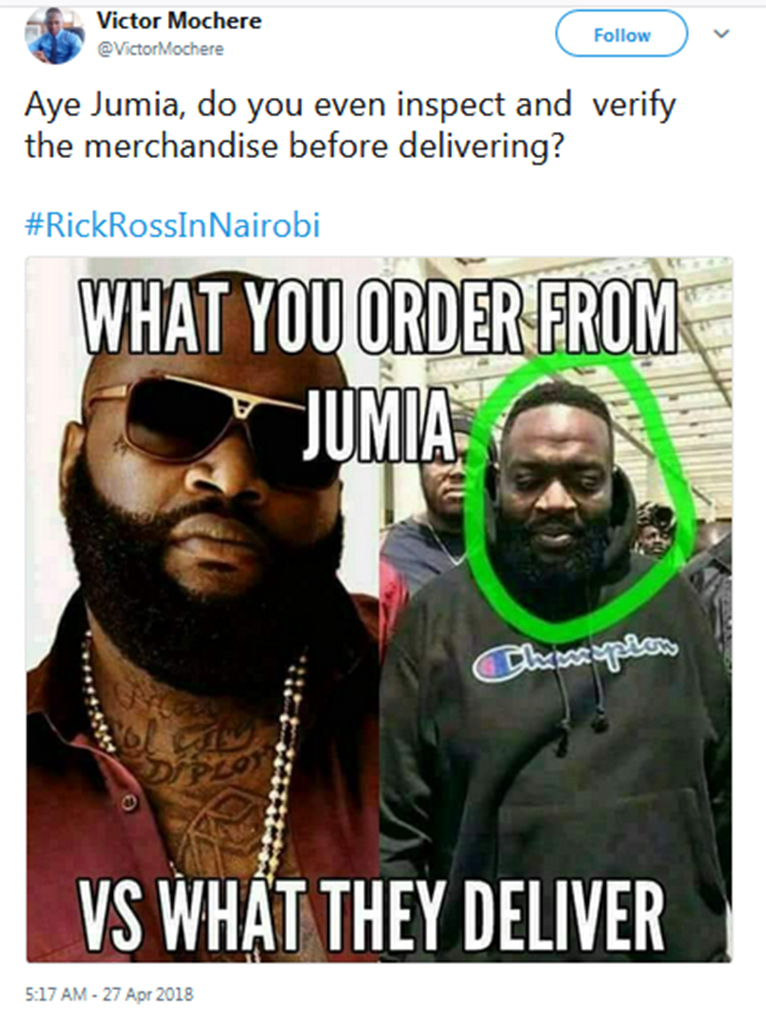 Jumia, via its official Twitter handle, responded: “Yes we inspect and verify merchandise before delivering. However, we do not deliver human beings. Please counter check where you placed this [Rick Ross] order from.”