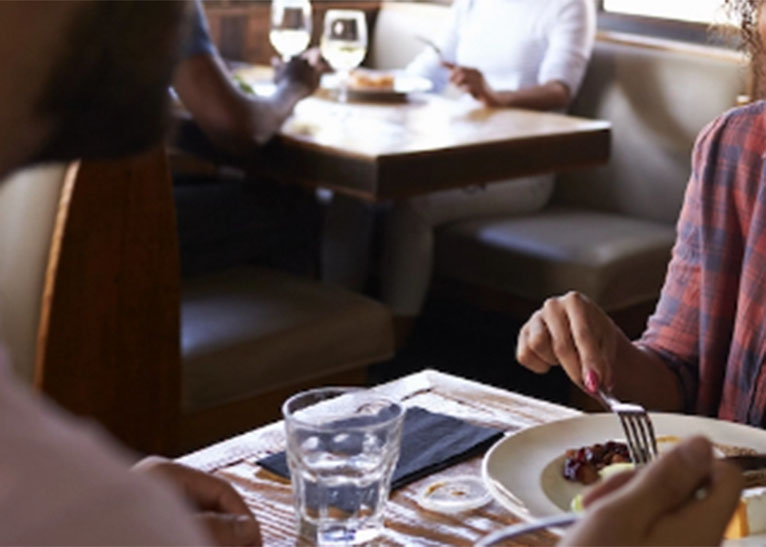 A city restaurant surprised many online users on Thursday when it seemed to suggest that it treats its black Kenyan customers differently from its Caucasian and Indian market.

An Instagram user, Monique Kemboi, took to the platform to express her dissatisfaction about how some Kenyan eateries subject their African audiences to discrimination. 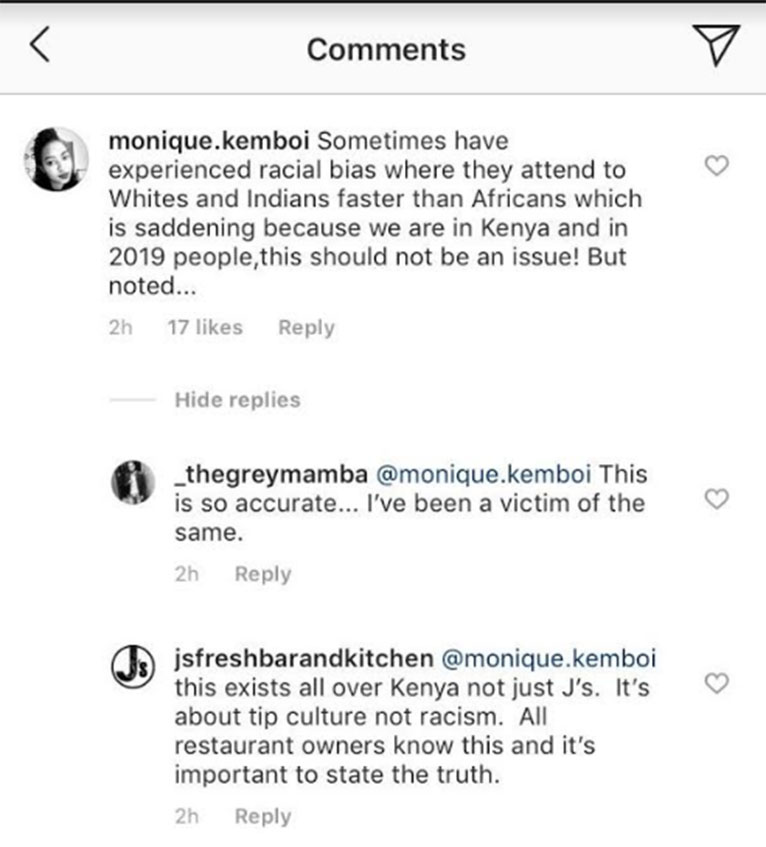 “Sometimes [I] have experienced racial bias where they attend to whites and Indians faster than Africans. [A situation], which is saddening because we are in Kenya, and in 2019, people!” wrote Monique.

Responding to Monique’s gripe, J’s Westlands and Karen restaurant through their @jsfreshbarandkitchen Instagram handle retorted with a shocker: “Monique, this exists all over Kenya, not just at the J’s. It is about tip culture, not racism. All restaurant owners know this, and it is important to state the truth.”

The response did not auger well with a section of Instagram users, who called out J’s for “blatantly justifying racism.”

The response further sparked heavy criticism on social media, reportedly forcing the restaurant to backtrack on their statement.