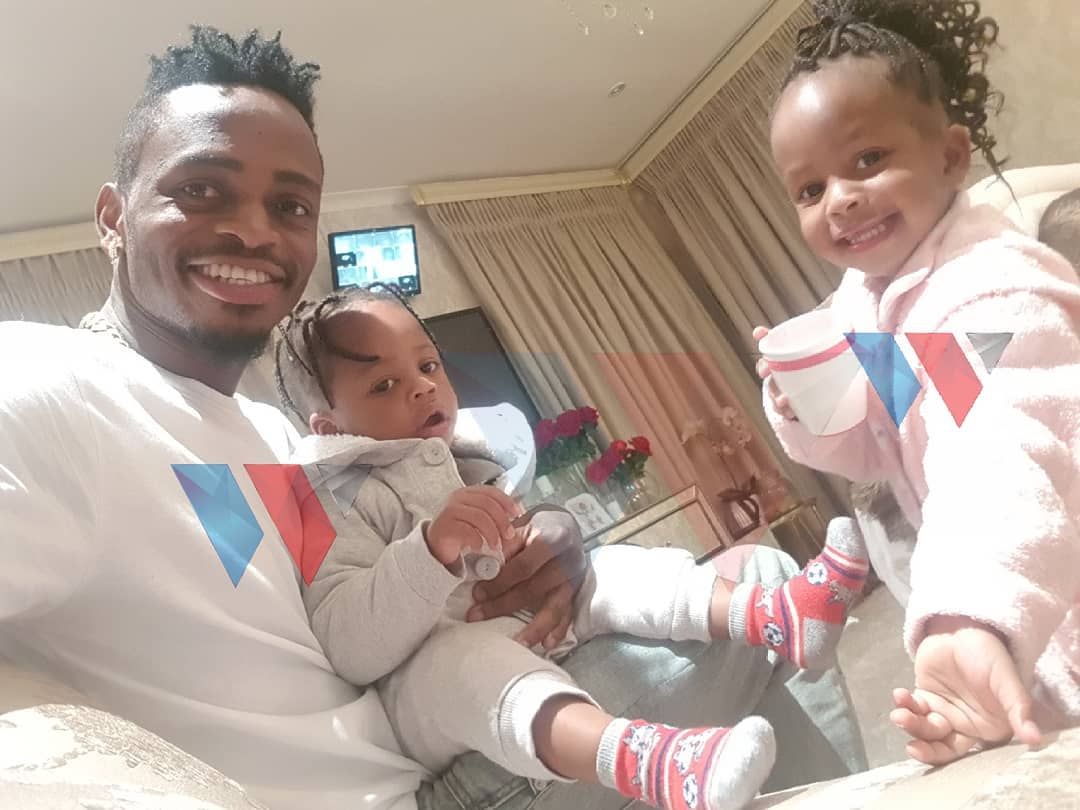 Weeks after complaining on online TV that Zari Hassan was turning his children against him and keeping them away from him, Tanzanian Bongo star Diamond Platnumz has finally reunited with the two kids.

Taking to Instagram, Diamond posted a screenshot of a video call between himself and his kids with Zari – Nillan, Princess Tiffah – as well as his child with Hamisa Mobetto, Deedaylan.

“Dee Daylan, Prince Nillan, Princes Tiffah and I, strategizing how we are going to take the WCB Wasafi and all Wasafi companies to the next level this year. I can see someone is really happy and someone feels like crying because of missing me,” he wrote.

The reunion comes a few months after the singer echoed his plea to see his children in the song ‘Inama’ featuring Fally Ipupa where he spoke on turning to Instagram when he wanted to see them.

Not long afterwards, Diamond unfollowed both Princess Tiffah and Nillan on the social networking site.

Speaking to Tanzanian online TV Dizzim recently, the ‘Kanyaga’ crooner explained why he has not been jetting to South Africa to see the children who currently reside with their mother.

The Wasafi CEO accused the Ugandan socialite-cum-businesswoman of turning his kids against him now that he has moved on with someone else.

He further intimated that Zari may not have fully moved on despite dumping him publicly on social media.

[“I make sure that I do what am supposed to do for my children…but their mother exerts her rage at the fact that we’re no longer together through them.”]

During this past Fathers day – June 16, 2019 – Zari wished herself a ‘Happy Fathers Day’ on her Instagram account, increasing speculation that Diamond was a dead beat dad.

However, when speaking about his other baby mama – Hamisa Mobetto – Diamond had surprisingly positive remarks.

Diamond praised Hamissa as a very understanding parent, adding that she is easy to co-parent with.