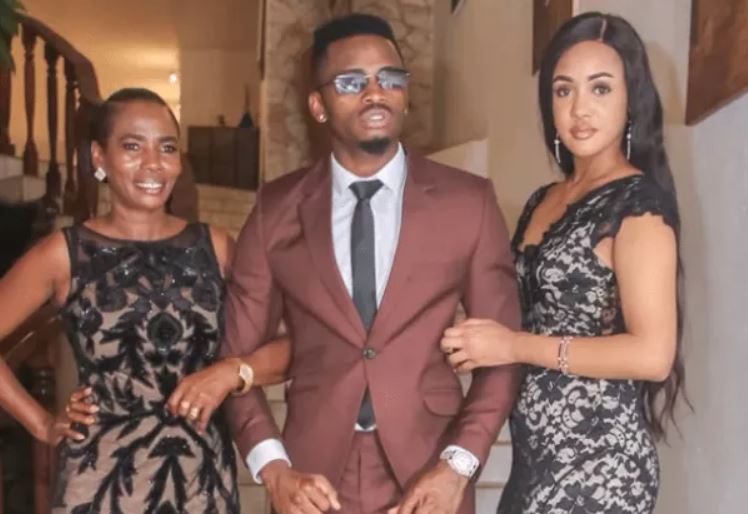 Diamond Platnumz’s mother – Sanura ‘Sandra’ Kassim – has, for the past couple of days, been teasing her millions of social media followers with photos of her grandson, albeit with the face blocked out.

Sandra, taking to Instagram on both occasions, posted photos of his son’s child with Kenyan radio presenter/singer Tanasha Donna without captions.

She was joined by the Wasafi Records Founder’s sister, Esma Platnumz, who also posted the same photos; thereby awakening the curiosity of their followers.

A majority of the fans who trooped to their comment sections asked them to reveal the face of the newborn; a request that fell on deaf ears.

Diamond and Tanasha Donna welcomed their first child together early this month, coincidentally, on the Tetema singer’s birthday. The two are however yet to announce the baby boy’s name or reveal his face.

The Inama hit maker’s mum has always been very proud of and vocal about her grandchildren, showing them off on social media from time to time.

She has previously however been accused of favoritism as a section of her online followers feel she shares too much about Diamond’s children with Ugandan socialite Zari Hassan but barely enough of the singer’s child with Hamisa Mobetto.