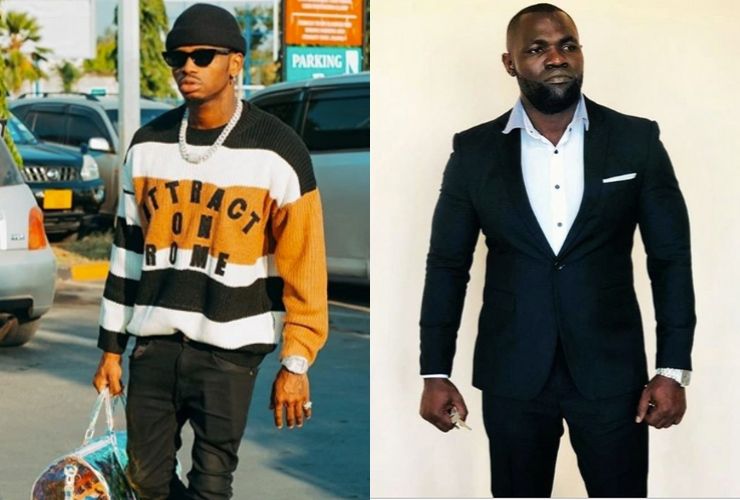 Mwarabu Fighter, Diamond Platnumz’s former bodyguard, has revealed that the Wasafi founder paid him peanuts while under his employment.

Speaking to Bongo 5, Mwarabu alleged that the payment he received from Diamond was not enough to sustain his family for even two weeks.

He also added that he had no say on money matters when it came to his employment, further stating that his salary was always deducted because of “being late to work” which according to him was only by a few minutes.

“Despite my commitment to guarding Diamond’s brand, I had nothing in my pocket. I had no car or motorcycle to ease my movement so I used public service vehicles. My salary could not even cater for my two weeks’ needs but I had no other option,” said Mwarabu.

Mwarabu also commented on an alleged affair with Harmonize’s girlfriend Sarah which Diamond alluded to in his song ‘Inama’ which features Fally Ipupa.

“Both Diamond and Harmonize know the truth. They are using their songs to pass on messages but don’t want to speak the truth,” he said.

“I’m glad they’re talking about me because they still remember all the big things I did for them.”