Diamond Platnumz has rubbished reports linking him to homosexuality.

The musician recently attracted negative feedback on his social media pages after pictures showing him sporting an ankle bracelet on his left leg while performing on stage, went viral online. 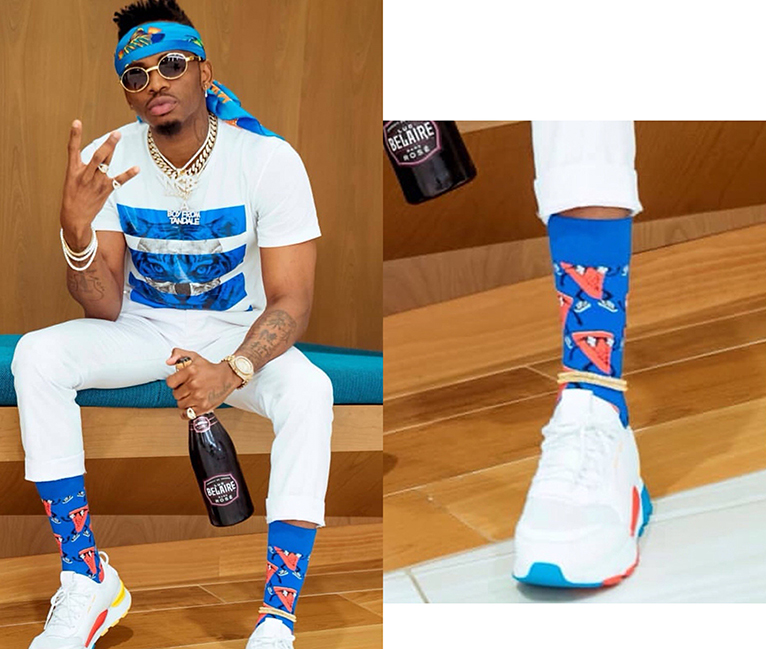 Diamond says he did not think the fashion statement would bring him flak.

“I thought the ankle bracelet, just like any other jewelry, was an accessory. I did not foresee the backlash I received coming my way,” the “Make Me Sing” hit-maker told Tanzania’s Global Publishers.

“I am urging those fuelling reports, linking me to homosexuality, to stop. There are many young people looking up to me, and I don’t think those rumours are painting a representative picture of me as a role model.

“The young people would, consequently, refrain from identifying with me. Homosexuality is illegal in Tanzania. I know they [fans] wouldn’t want to identify with an outlawed sexual orientation.

“However, many famous people have – in the recent or far past – been linked to homosexuality. And this is done to paint a negative picture of the celebrities (claimed to be gay).

“Michael Jackson was rumoured to be gay, no one provided proof of the allegation. I think it was because he underwent plastic surgery to change his looks. It has also been claimed that footballer Cristiano Ronaldo is gay. No one has given evidence to prove the claim. Cristiano continues to make money, even as those allegations continue to be leveled against him.

“Such false allegations could be the work of your enemy. I am disappointed by rumours linking me to gayism.

“I, however, ask my fans, who were offended by my controversial fashion statement, to forgive me. I would not want them to perceive me as being homosexual,” said Diamond Platnumz.