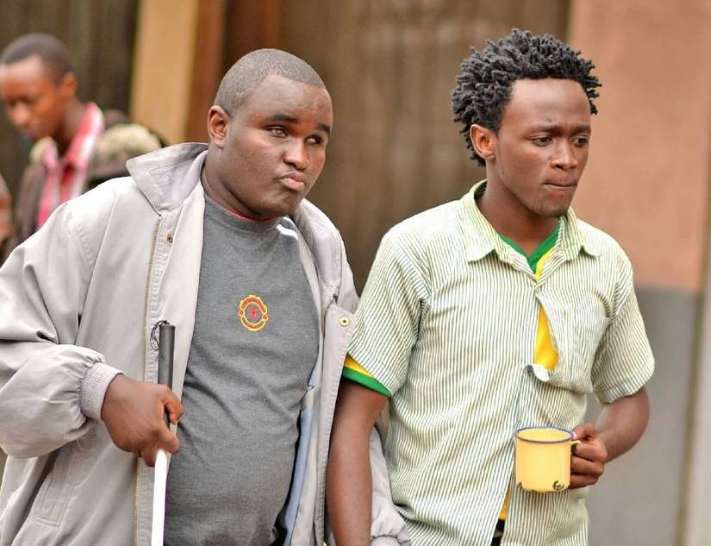 Kenyan Gospel musician Bahati has tipped Denno, his newest signee at EMB Records, to become one of the biggest continental exports in the foreseeable future.

According to the ‘Unavyonipenda’ hitmaker, Denno – real name Dennis Karanja – has everything it takes to bring home a Black Entertainment Television (BET) Award or the Grammy Award.

Bahati, who spoke when he visited comedian MC Jessy in an episode of his reality TV show ‘Bahati Reality,’ said Denno embodies everything in a top artist and now only needs the support of Kenyans.

“If we do our part as EMB, or if I do my part as Bahati, on the platform given to me by God, and then Kenyans support him…he can bring the next BET Award,” he said.

“One thing I’m ready to do is to push Denno until he brings this BET Award or a Grammy in Kenya. Wait and see.”

Bahati recently captured the hearts of many Kenyans after he bought Denno, who suffers from visual impairment, a car upon hearing of his tribulations with the public transport system.

Denno first garnered public attention when he collaborated with Daddy Owen on the 2012 smash hit ‘Mbona’.

He later sunk into financial troubles before Bahati came to his rescue this year.